Politico: What if Trump’s coronavirus response has been better than people think? 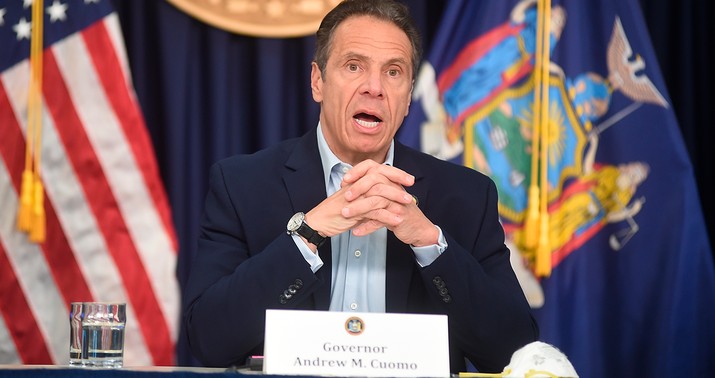 There’s a scene in the movie version of World War Z where Brad Pitt arrives in Israel and, despite the outbreak of the zombie apocalypse, things seems to be mostly under control. An Israeli character explains to Pitt that there is some rule which states that whenever all of the country’s leaders take the same position on an issue, one person is obligated to take the alternative view just in case. In World War Z, that meant that when the Israeli’s picked up on chatter about zombies, there was one person who took it literally and planned accordingly.

I bring that up because this piece at Politico reminds me of it. It’s titled “What If Trump’s Record on the Pandemic Is Better Than We Think?” The assumption underlying the article is that, of course, we all know Trump’s record has been horrible, but let’s just imagine that maybe there’s a bit of media group think going on. Maybe just for fun we should entertain the possibility that zombie means zombie or, in this case, that Trump isn’t directly responsible for every coronavirus death in the U.S.

Author John Harris says this idea was suggested to him by an unnamed colleague who said the negative view of Trump, “is so widely held by journalists and the sorts of people we talk to most frequently that we risk group-think.” Despite agreeing his colleague might have a point, Harris initially declines to even attempt to make the case and invites readers to make their best effort to defend the president instead. But despite his initial hesitation, Harris does eventually offer the outline of a defense. Here’s what he offered along with my reaction to it:

Everyone has been surprised, not just Trump. I don’t know many people who supposed on March 11 (the night of the president’s error-filled Oval Office address on coronavirus) that by Memorial Day much of the country would still be working from home, or not working at all, and that campuses, baseball stadiums, and much else would be closed. On the positive side, only in the New York area, and only for a brief window, was there anything like the collapse of the health system in Italy, the fear of which is what prompted the shutdown.

There are really several points here, none of which are really fleshed out. The first is that in most places we did bend the curve and avoid overwhelming the medical system. Could we have avoided even more deaths? Probably, but that would have required an earlier shutdown (or more focus on protecting care homes rather than hospitals). And that was never really going to happen for several reasons. Here’s one which Harris makes his second point:

*The United States is a lumbering giant

A sprawling and diverse country with a complex federal system of government is often caught flatfooted, before summoning strength. Before Pearl Harbor, the U.S. Army was smaller than the Portugal’s. In the case of the pandemic, many of the acute shortages that marked early coverage have been mitigated. Testing on a per capita basis has surged, including in comparison to many hard-hit countries, though it is still far short of what health experts say is needed. The same is true of early shortfalls in protective equipment and ventilators.

Not only is it a lumbering giant, it’s a federal system where public health is primarily a state issue. Keep in mind that everything was still open for business in early March. Microsoft and a few businesses in Seattle had told people to work at home. Emerald City Comic Con and a few large events had been postponed, but there were still movies and plays in theaters and sporting events with thousands of fans. Individual businesses could chose to shut down on their own. The NBA shut itself down on March 11. But large scale shutdowns were in the hands of mayors, county officials and governors, not the president. The first county-wide shut down happened on March 16. The first state shut down (California) happened on March 19. These were local and state decisions.

*Trump and critics have to play by the same rules…

Trump was far from alone, even as late as early March, in balking at the necessity for such extreme measures. New York Gov. Andrew Cuomo has been praised for his urgency and empathy by many of the same people condemning Trump. But The New York Times and others have illustrated how he and New York Mayor Bill de Blasio also resisted earlier shutdowns (moving several days after California) and sounded Trump-like notes in boasting that New York’s superior health system — “Excuse our arrogance as New Yorkers,” Cuomo said — would avert the kind of disaster seen elsewhere. In fact, New York has nearly three times as many deaths as any other state.

Trump might have gotten a D-minus in absolute terms on Melinda Gates’ test, but in politics the exams are always graded on a curve — i.e., in comparison to others.

It’s not even that Trump and Cuomo should play by the same rules because they had different responsibilities. Trump had no actual power to shut down New York and enforce social distancing, Cuomo did.

But here’s the important point: There was never any scenario where entire states were going to shut down weeks earlier than they did. It wasn’t going to happen for one simple reason: There had not been many deaths at that point. On March 11, the death toll for the whole country was 38. On March 1 the death toll was 2. Why didn’t counties and governors act sooner, because it still wasn’t clear to them or the public how bad this could be. As the death toll rose in early March, that changed.

Of course we know now that there were earlier deaths we missed at the time and that the virus was spreading rapidly at this time. But the idea that Trump should have shut down the country by mid-February is a progressive fantasy with no basis in reality. For one, that’s a state decision, not a federal one. For two, even the states run by Democrats didn’t shut down that early because it would have seemed crazy when the death toll for the entire country was zero.

Another frequent argument Harris mentions in passing is that we lost weeks with no sufficient testing thanks to Trump. It’s certainly true as I’ve said before that we lost probably 5 weeks thanks to the failure of the CDC and the related failure of the FDA. Basically we squandered the end of January and all of February because of a) an unnecessarily complicated test, b) contamination of that test during in-house manufacture by the CDC, c) failure to swiftly correct course once the contamination was known, d) failure to allow outside hospitals to proceed with their own testing while the FDA and CDC argued over how to proceed.

All of this was a genuine disaster for national preparedness but which part of it was Trump’s fault exactly? Then Sec. Alex Azar reportedly tried to get the CDC and FDA to work out the problem in mid-February and neither agency was very responsive. Now just imagine for a moment that President Trump decided to wade in and start telling the PhDs at the CDC where they went wrong designing a coronavirus test. Can you even imagine the outrage of his interference with the experts and scientists who do this for a living? He would have been shredded up and down by every news outlet in the country including Politico.

Even if Trump had somehow fixed this a couple of weeks sooner, would it have changed things dramatically? I say it would not have for the reason I’ve already stated above. Even if we’d had slightly more testing in late February, that wouldn’t have changed the fact that we had almost no deaths. States would not have shut down until the death toll was out of single digits. If they had tried, many people would have pushed back.

None of this means that Trump did an outstanding job. What it does mean is that many of the things that went wrong, especially where they went the most wrong, were out of his hands. Cuomo and de Blasio should have shut down New York days earlier, on the 19th instead of the 22nd. The CDC and FDA should have worked out the issues on which they are world-leading experts before mid-February. And if all of that had happened, things would have gone somewhat better. But when people act as if we could have completely avoided all of the disasters associated with this outbreak with a different president, they are just playing politics.

Anyway, if you want to offer your own response to Politico, you can send it to [email protected]