Judge Sullivan has hired a defense attorney, here’s what could happen next 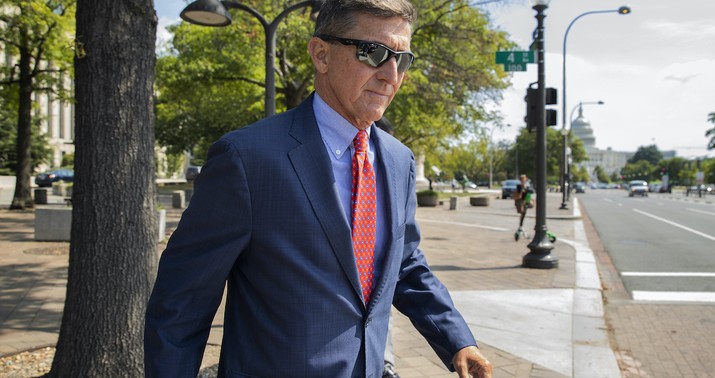 In order for this to make sense you have to be familiar with the preceding steps in this very unusual case. You probably know by now that Judge Emmett Sullivan is the judge handling the case of Michael Flynn. When the Department of Justice decided to drop the case against Flynn, it appeared that would be the end of it. But instead of dismissing the case, Judge Sullivan appointed a retired judge named John Gleeson to come up with arguments contrary to those presented by the DOJ, i.e. arguments why he shouldn’t dismiss Flynn’s case.

The selection of Gleeson for this task was not arbitrary. Just days before Sullivan selected him, Gleeson had co-authored a piece in the Washington Post headlined, “The Flynn case isn’t over until the judge says it’s over.” In the piece, Gleeson recommend the judge appoint someone to make the case against the dismissal and Judge Sullivan responded by picking Gleeson for the task. What was odd about that was that Gleeson had already expressed a clear opinion on the case itself. He wrote, “There has been nothing regular about the department’s effort to dismiss the Flynn case. The record reeks of improper political influence.”

In response to Sullivan’s decision to prolong the case, Michael Flynn’s lawyers filed a writ of mandamus with the DC Circuit Court of Appeals. Last week that court ordered Judge Sullivan to explain himself. They gave him ten days to do so, which means he has until next Monday. Judge Sullivan responded to that order by hiring an attorney:

In a rare step that adds to this criminal case’s already unusual path, U.S. District Judge Emmet G. Sullivan has retained Beth Wilkinson to represent him in defending his decision to a federal appeals court in Washington, according to a person familiar with the hire who spoke on the condition of anonymity because of the sensitivity of the matter. The U.S. District Court of Appeals for the D.C. Circuit is now examining the judge’s actions and the larger case against Flynn after lawyers for Trump’s former national security adviser asked the court to force Sullivan to toss Flynn’s guilty plea…

A federal judge doesn’t typically hire private counsel to respond to an appeals court, and yet so much about Flynn’s case has been a departure from the norm.

He’s totally entitled to fume on the record that Flynn looked him in the eye and swore that he lied, that Flynn’s erratic litigation strategy caused the court needless effort, and that he thinks DOJ is wrong. But the law requires him to grant the dismissal. Do your job. 2/2

One of the immediate questions raised about this arrangement was who is paying the bills for Judge Sullivan’s representation?

Who is paying for Judge Sullivan's attorney? Taxpayers, out-of-pocket, or pro-bono?

In any scenario, Sullivan is not acting like a neutral and impartial arbiter.

The big question is what happens next. In a piece published today by the Washington Post, former Court of Appeals Judge J. Michael Luttig argues the DC Circuit Court should give the dismissal decision to another judge.

In Flynn’s case, the judge has already abused his wide discretion by inviting outside advocates to weigh in, which would make a circus of the solemn judicial proceeding, and by selecting an outside party to make the case against dismissal who has already made clear his bias against dismissal via this very newspaper…

Bringing in an outside party in essence to argue for the continued prosecution of the case is unusual enough, but Gleeson, though a well-respected former judge, is the wrong choice. In an op-ed piece in which he all but argued that Sullivan should not grant the motion to dismiss, he revealed his bias on the very question in which his impartial advice is being sought.

The court of appeals should therefore proceed as follows: grant the writ of mandamus; disallow amicus briefs; have the judge select a different adviser to assist him confidentially, if necessary and the court of appeals agrees; and urge that the judge rule promptly on the motion to dismiss, explaining his reasoning in full for appellate review.

There are ample grounds in the actions the district court has already taken for the appeals court to order that the government’s motion to dismiss be heard by a different judge, and it should so order.

Having the case handed to another judge would be a pretty significant slap on the wrist for Judge Sullivan, but that’s where this may be headed. We’ll know for certain next week.