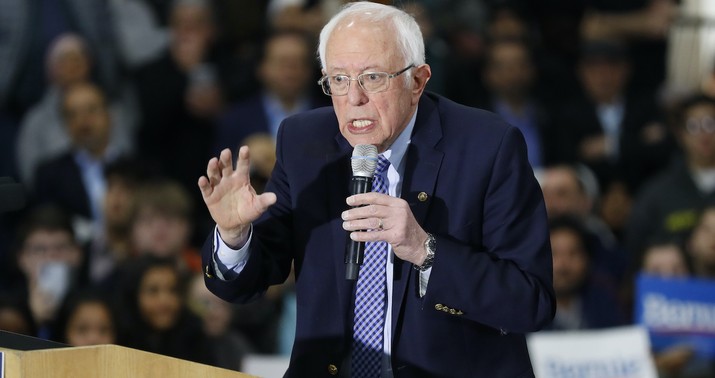 Almost exactly four years ago there were some problems in the Democratic Party as frustrated Bernie Sanders supporters lashed out at representatives of the establishment. At an event in Nevada, Sen. Barbara Boxer was booed and one of Bernie’s delegates was more explicit about how he felt about Hillary Clinton.

One of the Bernie delegates in the CD3 room just yelled "F— Hillary and F— the DNC" in his speech.

Concerned that we could see a repeat of some of that behavior in 2020, the Sanders campaign is now asking delegates to sign a document which says they can be removed from their positions if they stir up too much trouble:

The move, which carried a threat of being removed as a delegate, has the effect of blunting one of the most powerful if divisive tools of Sanders’s movement — its unrestrained online presence and tendency to stoke controversy through other media, which has at times spiraled into abuse of his opponents, perceived and real…

Key parts of the five-page orders appeared designed to prevent unflattering news reports about disagreements in the party. “Social media postings have the potential to generate media coverage,” the document warned, before instructing delegates how to address a press inquiry. “If a member of the media contacts you about a posting of any kind: do not respond,” it said. Instead, it continues, contact the Sanders press office.

“Before tweeting or posting from your personal social media accounts, ask yourself these questions: If this appeared on the front page of The New York Times, would it compromise Bernie Sanders’s message, credibility, or reputation? Could it potentially risk your standing as a delegate? When re-tweeting or sharing information from others, are you applying necessary skepticism?” the social media policy said…

“Some of the intent and some of the wording was really not agreeable to some of our Colorado delegation,” said Lori Boydston, a Sanders delegate from Colorado. She said that a committee discussed changes they proposed to the Sanders campaign, which the campaign accepted. “All is good,” she added.

The five page agreement sent to delegates is here. A few highlights of what the Bernie Bros were told:

In addition, the delegates have to sign a page with a long series of affirmative statements:

Also not helpful was this irate Bernie delegate who called Clinton a “second-rate corporate sellout.”

The good for Sanders’ camp is it won’t take much in the way of self-control for 2020 to be an improvement over 2016.