As city-dwellers panic-flee to their vacation homes, locals wish they would go away 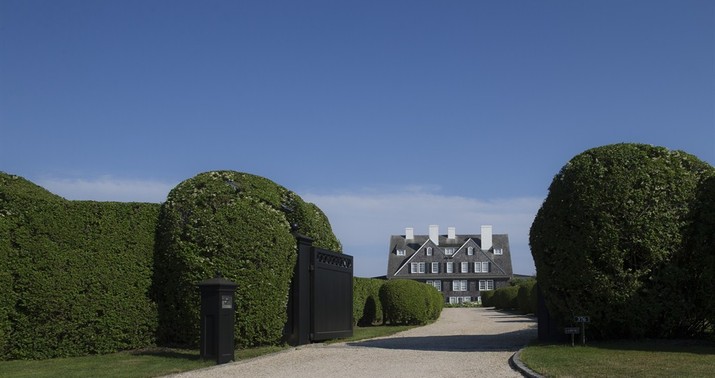 Places like Nantucket and Martha’s Vineyard are usually packed with tourists and wealthy people who own second homes in the summer. But the coronavirus has made summer arrive early for many of these small towns as people from large cities flee to their second homes hoping to avoid infection. The locals in many of these places are not pleased at having these summer people show up, potentially bringing the virus with them, to a place where medical services are extremely limited. The company that owns the hospitals in Martha’s Vineyard and Nantucket has been asking people to stay away:

‘Consider the limitations of our critical-access hospitals during this unprecedented time of pandemic,’ the statement reads. ‘For your safety, and to save lives, we strongly advise you to STAY AT HOME.’

In a letter to the governor the company wrote that population of the islands has already doubled:

‘Contributing to the challenges facing island hospitals are the large number of individuals of all ages who have traveled to each island to ‘ride out the virus’.

‘We have discussed this phenomenon with leaders on both Nantucket and Martha’s Vineyard; they estimate that the influx may have doubled the size of the normal off-season population on the respective islands.

The same thing is happening in the Hamptons along the tip of Long Island. City people who own second homes are showing up and quickly buying up everything they can in grocery stores, irritating the locals:

‘I saw one guy walk out [of a grocery store] with a cart full of carrots. Just carrots,’ LaGarenne said.

Today the Washington Post says the same thing is happening in vacation spots around the country and points to at least one instance where the concerns that those fleeing the city would bring the virus with them turned out to be true:

From the Catskills to Wisconsin’s Door County, communities whose economies usually revolve around seasonal visitors are asking them to stay away. Over the weekend, New Jersey Gov. Phil Murphy (D) urged people with cottages on the Jersey Shore to “stay at your primary residences,” while Massachusetts Gov. Charlie Baker (R) warned that those with property on Nantucket or Martha’s Vineyard should “stay on the mainland.”

Their concerns aren’t exactly unfounded. In Vermont, where ski towns have been “bustling at levels normally seen at peak times during winter holidays,” according to alt-weekly Seven Days, one of the first confirmed coronavirus cases was a man from Westchester County, N.Y., who fled to his vacation home in hopes of avoiding the virus. Within 24 hours of arriving, he had started to show symptoms.

That person apparently didn’t know they were sick when they fled New York, but last week the New York Post published a story about a woman who allegedly did know she was sick and traveled to the Hamptons anyway:

The Springs resident says her friend, a nurse out here, reported that a wealthy Manhattan woman who tested positive called tiny Southampton Hospital to say she was on her way and needed treatment.

The woman was told to stay in Manhattan.

Instead, she allegedly got on public transportation, telling no one of her condition. Then she showed up at Southampton Hospital, demanding admittance…

“We’re at the end of Long Island, the tip, and waves of people are bringing this s–t,” says lifelong Montauker James Katsipis. “We should blow up the bridges. Don’t let them in.”

At the core of this is not just panic but the sudden awareness many people have that, in the midst of a pandemic, the city is a more dangerous place to be because of the density of other people. In a tweet Sunday, Gov. Andrew Cuomo called the density “destructive.”

This is not life as usual.

There is a density level in NYC that is destructive.

NYC must develop an immediate plan to reduce density.#StayAtHome

The NY Times published a story today with the odd headline “Density Is Normally Good for Us. That Will Be True After Coronavirus, Too.” As is often the case at the NY Times, it’s what gets left out that is most important. In this case, it’s the fact that density is definitely not good for us at this moment.

Density makes mass transit possible. It allows for more affordable housing. It creates environments where people can walk and where children can find playgrounds. It enables us to pool risks. It supports big public hospitals and stronger safety nets. It allows us to curb climate emissions, which present a public health problem of an entirely different kind…

It will be a shame if we come away from this moment skeptical of density itself, or if some of the benefits of density, like mass transit and bustling commercial corridors, suffer lasting damage. Whether or not we fully appreciate them right now, we may need them in the next disaster.

So long as the next disaster isn’t another pandemic that’s probably true. But for right now, what a lot of people want is to get away from the dense population centers if they can. I can’t say I blame them but I also understand why the locals in these vacation spots, people who have chosen a life with less population density, aren’t eager to see them show up in the middle of this crisis.