Are colleges offering room and board refunds to students? It depends 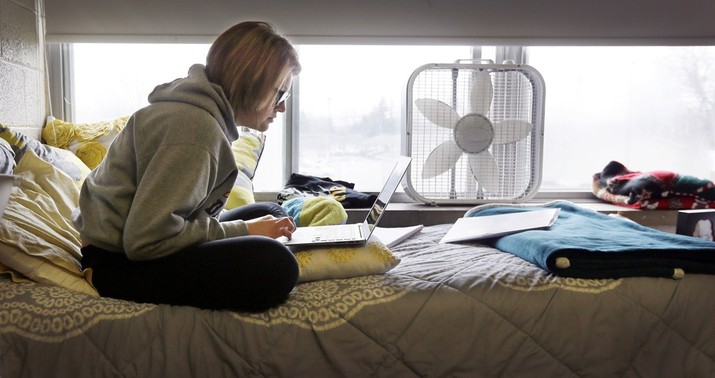 With colleges around the nation moving to distance learning and shutting down campus dorms and dining halls, you would expect the students (or more likely the parents paying the bills) would be due a refund. But whether or not they will get one varies from college to college. At many schools, students and parents have organized petitions to demand that schools prorate dorm and dining services many students can no longer use:

Stanford University, which has moved all classes online, will eliminate housing and dining charges for the spring quarter, which starts March 30, for students who have left campus. But it isn’t prorating the last few weeks of winter quarter, which were also affected…

Some schools, including Harvard University, Ohio State University and the University of California, San Diego, have told students and their families that they will get back some portion of room and board fees for the weeks not spent on campus.

Others are asking parents to sit tight while they deliberate. They may mail out checks, or credit accounts for the coming term—an inadequate response, say parents who also now have the expense of having their children at home.

Students at the University of Vermont have started a petition to demand a refund after the school posted a message on its website saying students were out of luck:

The university’s website for COVID-19 states that no refunds or prorations will be provided for housing or meals, consistent with the university policy and the housing and meals contract.

“The coronavirus pandemic is beyond the control of the university, and we are currently putting all our efforts towards transitioning to remote instruction, supporting students who need to remain on campus, and providing remote support to students not on-campus,” the website states.

Boston University initially said it would not be offering refunds but reversed that position after a similar petition from students:

BU said on its website as recently as Tuesday evening that, “At this time, the university will not be refunding room and board charges for students who choose to stay off-campus.”

That response prompted some students and parents to sign a change.org petition calling on BU to partially refund housing and dining costs. Room and board for the current academic year ranges from approximately $16,160 to $20,360 depending on the type of housing and dining plan, according to the university’s website.

In Arizona, two schools have announced they will not offer refunds. Those schools are also facing petitions:

ASU President Michael Crow said in an interview with The Arizona Republic on Wednesday that talk of refunds was inappropriate at this time.

“The funny thing is that somebody declares a national emergency and they’re talking about bringing out martial law in California. And then people ask us, are we going to give them a refund? Are you kidding me? I mean, that’s what you want to talk to us about is a refund?” Crow said.

“You can’t charge for goods and services that you don’t provide,” said Mark Kantrowitz, a higher education expert. (Since most classes are being moved online, tuition refunds will be less of an issue.)

“Some colleges do not mention refunds,” Kantrowitz said. “I would not be surprised if colleges that refuse to provide room and board refunds will face class action lawsuits.”

I’ve been paying attention to this because we just went through the same thing with my daughter. Initially her school said campus and dining halls would remain open but classes would move online. At that point there was no discussion of refunds. Then the school announced that students who checked out of their dorms could get partial refunds. Then a few days later they announced everything was closing and so everyone on campus would need to leave. In short, it has been a mess, especially for those parents who are trying to respond to the constantly changing story from another state.

I understand that schools are doing their best to transition to online learning in the middle of a semester, followed by the mandate to close dorms, etc. It’s a mess and I don’t blame administrators for struggling to keep up. That said, the idea that a school would keep money for food not served or rooms not open should be a no-brainer.