Philadelphia police will delay arrests to prevent spread of coronavirus 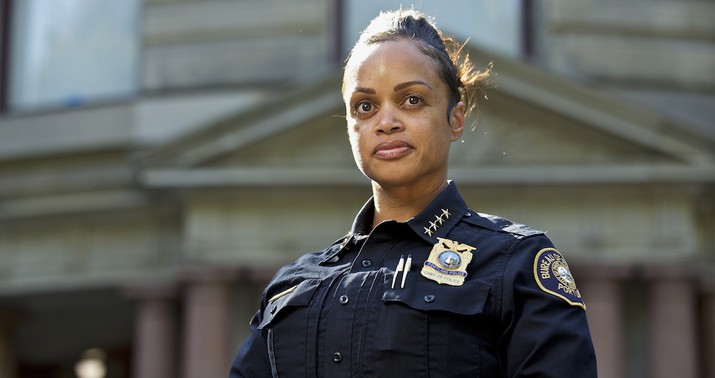 I think this is how the purge got started. Police in Philadelphia have been told to stop making arrests for non-violent crimes. The theory is that this will help limit unnecessary interaction of police officers with criminals, some of whom could be infected.

Beginning Tuesday as an attempt to mitigate the spread of the coronavirus, Philadelphia police will delay arrests in crimes ranging from narcotics to theft to prostitution, Commissioner Danielle Outlaw informed commanders Tuesday.

Instead, suspects will be temporarily detained while officers can verify their identification. If they are not deemed a threat, they will be released and a warrant will be prepared for a future arrest. A detective will then submit an arrest affidavit to the district attorney’s office for approval.

Reporter Steve Keeley from Fox29 in Philadelphia posted a list of the crimes for which people will no longer be arrested:

Keeley also published the full statement from the Philadelphia Police along with a statement of support from the police union:

My first thought on this was something like ‘Why are they telling people they won’t be arrested?” I guess I’m still a bit concerned about whether or not this will encourage some bad behavior (writing bogus checks, retail theft, etc.) because people suddenly feel less concerned about facing arrest. All they have to do is present a fake ID and hope the cops can’t figure it out later.

Speaking of later, who thinks the police and the courts are going to actually be able to handle a backlog of non-violent cases which could potentially be months old by the time the system is ready to deal with them? I’m willing to bet that some significant portion of these future arrests never happen because there’s too much else to do.

I wonder if the crooks are thinking that way too. In fact, there’s a big advantage to knowing you won’t be arrested for months. It gives you time to steal what you want to steal and then move to another jurisdiction. Does anyone think other states are going to care about extraditing petty thieves back to Pennsylvania come August?

So those are my concerns about this, but to be fair I can see the other side of this too. Cops don’t have the luxury of doing their jobs in Hazmat suits. That means that during this crisis, every call they respond to is potentially a threat to their health or that of their family. What if they are living with elderly parents? In the case of a violent crime, they have to do their job and get physical with suspects if necessary. But do they really want to take the risk over someone writing a bad check for a six-pack of beer?

Incidentally, the Philadelphia Police Commissioner who made this decision is Danielle Outlaw. She recently took the job after working as the Police Chief in Portland where she was regularly a target of Antifa.