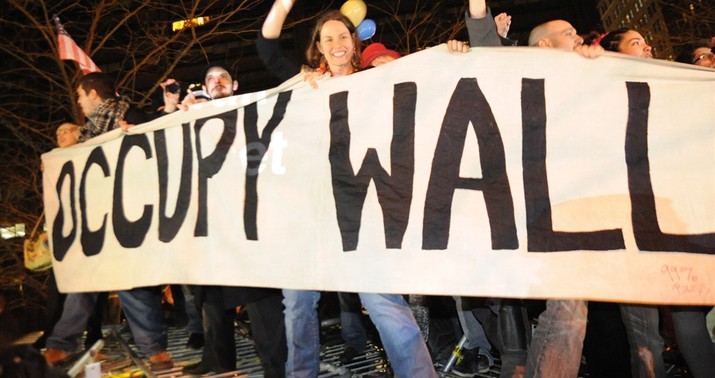 I missed this when the NY Times published it last week but this piece makes some interesting points about conservatives, progressives, and how they compare to other cultures around the world on the subject of income inequality. The headline that appeared in the published version of the paper was “Think Only Liberals Will Share the Wealth? A Survey May Surprise You.” So right off the bat, this is presented as a story about conservatives for a liberal audience. But the really surprising outcome of the survey is that American conservatives and liberals come pretty close to agreeing, at least when it comes to distributing money in a thought experiment.

This research project was carried out be economists at the Norwegian School of Economics who surveyed thousands of people around the world and asked them about income inequality and whether the government had a role in evening things out. Here’s how Americans responded. Note this is broken into two camps, those who support President Trump (middle column) and those who oppose him (right column).

The other part of this survey involved a thought experiment. Respondents were asked to imagine that two people are hired to do a job and, at the end of it, one of them is given $6 more than the other. Half of the respondents were told the extra $6 was assigned randomly while the other half were told it went to the person who worked hardest. Finally, respondents were asked how they would allocate the remaining money. And here’s where we find Americans on the right and left really aren’t all that different:

When the bonus money was distributed as the result of productivity (the bottom rows), the two sides are once again in close agreement with 78 percent of pro-Trump Americans saying they would allow the inequality to ride and 69 percent of anti-Trump Americans agreeing. In fact, the difference between the American right and left on this question of wealth redistribution (9 percent) is less than the difference between the American average and the rest of the world (somewhere around 20 points).

All of that seems somewhat positive to me, i.e. a rare, but significant area of agreement. So why did the author frame it as a story about conservative outliers?

American conservatives are global outliers in views about the fairness of income inequality, and they’re among the most likely to attribute such inequality to merit, an ambitious global survey reveals.

Despite the wide gaps in beliefs with the rest of the world, American conservatives were just as likely as the average person in the world to redistribute the bonus income equally to each worker when told the bonus was based on random chance. The majority (53 percent) of Trump supporters redistributed the money equally, compared with 51 percent of people around the world and 63 percent of American liberals.

This should be obvious but I’ll say it anyway. There’s nothing remotely contradictory about this. American conservatives believe money is earned through hard work, delayed gratification, and risk taking. So it makes perfect sense that money handed out at random, as in the thought experiment, is going to offend their sensibilities. They’ll want to balance that out precisely because it’s clearly not fair to either party both of whom did the same job and, presumably the same amount of work.

Bottom line: Work and risk equal reward. Two people doing the same work should get the same reward. However, someone doing more work or being more productive deserves a greater reward. That’s how it should work and it explains both of the conservative responses to the thought experiment. But the author is still acting like this should be a shocker:

Further illustrating the divide between beliefs and actions, American conservatives were just as likely as the average person around the world (and as American liberals) to say that within the last month they had donated to a charity, helped a stranger or volunteered their time to an organization. Such actions, insofar as they alleviate poverty, would seem to contradict the idea that the poor deserve to be poor and that inequality is fair.

Is it really such a surprise that conservatives are personally generous with their time and money? Apparently it is to this author. But once again, there’s no mystery here and no self-contradiction. Conservatives believe wealth is earned and that lack of wealth can be overcome by hard work, education, risk, etc. That doesn’t mean they don’t want to care for people who are poor because the whole premise of their outlook is that no one has to stay that way. Helping out people who have had a bad break or just need help jump-starting their American dream is not going to offend conservatives.

What will offend them is confiscating the fruits of their labors under penalty of law so some bureaucrat can distribute it to whoever progressives in Congress decides has a greater need for it. For instance, people who took out loans to pay for their kids’ college so they could travel and buy new cars rather than delaying gratification and working hard to pay as they went. Conservatives don’t like it when the government rewards bad behavior with tax money.

Again, the good news is that Americans are mostly in agreement about what’s fair in practice even if we disagree about whether the system as a whole is more the result of hard work and risk or luck and being born into riches.