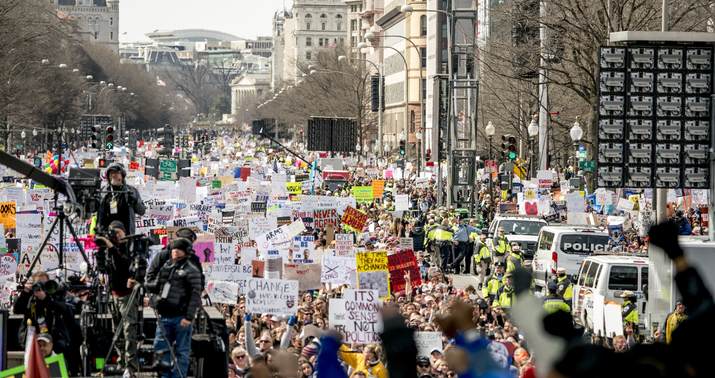 Remember March for Our Lives? That was the big gun control rally fronted by the kids from Marjory Stoneman Douglas High School. Today, the Washington Free Beacon reported that nearly all the money raised to put on the rally came from just a handful of big donors:

The group isn’t required to release the names of its donors but the Free Beacon notes that Marc Benioff and Eli Broad each donated a million dollars. Influence Watch has a list of some of the other big-name donors including Steven Spielberg and his wife who gave a combined million dollars:

All of that doesn’t include the largest contribution by far which came from CNN in the form of an endless stream of air time and online promotion for the Parkland kids, culminating in that awful special in which the Parkland kids and Sheriff Scott Israel were pitted against Dana Loesch and Marco Rubio.

The WFB story also includes a rundown of what the money was spent on. The largest chunk (nearly $8 million) went to funding the March itself. Another $4 million went to a 24-state tour to register young voters.

The March itself was a huge media spectacle which got top billing from all the networks. Here’s a sample from ABC. No need to watch all of this but watch the first minute to get a sense of the breathless reporting this generated:

Given all of that, it’s remarkable that the group was only raising money from a small handful of wealthy progressives. Is there some other fund collecting money for this group? The group does have a separate 501(c)(3) for education purposes but if you look at the group’s website and click on the donate page, you are told you’ll be making a donation to ” the March For Our Lives Action Fund!” I’d be very curious to know how much money the fund raised in 2019. Have the big donors to this group dried up now that they aren’t on television every day?