Toxic fandom is inside the house! Star Wars director throws Rian Johnson’s ‘The Last Jedi’ under the bus 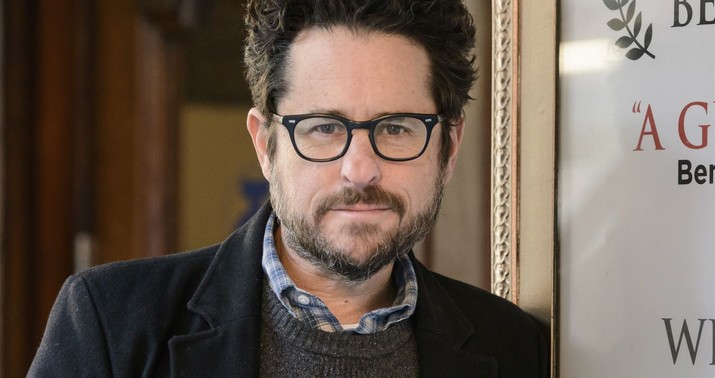 My family usually goes out together to see a movie on Christmas Day. After the presents get opened and some of the mess gets cleaned up, it’s a nice way to spend time together. The other day my wife asked me if I’d purchased tickets to for the new Star Wars movie which opens next week. I told her I hadn’t and that I wasn’t planning on it. That surprised her a bit because I’ve always been a fan of the original films. My house isn’t festooned with Star Wars items, but I do have an original Empire Strikes Back movie poster hanging in the hallway. The movies were a big part of my childhood.

But as I’ve written before, my time as a fan started to wane with the introduction of the special editions in the late 90s. And if the special editions were disappointing then the prequels felt more like a betrayal. So much about them was absolutely stupid. They were like a bad rough draft of a story that might eventually have been worth telling if they’d been rewritten a dozen more times.

By the time we got to the sequels I just didn’t care anymore. The Force Awakens was clearly meant as a reboot of the first Star Wars with a substitute Death Star and a substitute Empire and a substitute Vader, but it was as if the animating ideas of the original film (not the force but the spirit of them) had left the production along with the basic ability to craft a sensible plot. The only saving grace of TFA in my view was that the second film, The Last Jedi, was worse in so many ways. And today we learn that even some of the cast and director JJ Abrams felt that TLJ writer/director Rian Johnson lost the thread:

Episode VIII, titled “The Last Jedi,” was written and directed by Rian Johnson (“Knives Out”). In its story, the “Force Awakens” heroes were separated from one another, confronting personal roadblocks on individual journeys, and the actors found it just as challenging to make. “The characters were very frustrated, and it felt that way,” Isaac said. “You felt the difficult energy of those scenes, figuring that stuff out.”

“The Last Jedi,” released in 2017, was also a success. But each time it addressed one of several cliffhangers left dangling from “The Force Awakens” — what would happen when Rey returned Luke Skywalker’s lightsaber to him? who were her parents? who was the nefarious Supreme Leader Snoke? — Johnson’s movie seemed to say: the answers to these questions aren’t as important as you think.

Abrams praised “The Last Jedi” for being “full of surprises and subversion and all sorts of bold choices.”

No s**t, Sherlock! Admitting you have a problem is the first step to solving it and a damn site better than blaming your failures on “toxic fandom.”

Okay, maybe I still care a little. It really has been frustrating watching people carry on as if these new films were a return to glory when they are in fact absolute junk. And it’s not just Abrams who feels that way about The Last Jedi apparently:

When it was announced that Abrams was indeed returning, his actors breathed sighs of relief. “I cried,” Ridley said, explaining that the director brought a comforting sense of structure and security. Boyega said he was glad that Abrams would get to finish the tale he’d begun in Episode VII. “Even as a normal person in the audience, I wanted to see where that story was going,” Boyega said.

Personally, I did not want to see where The Force Awakens story was going but I’ll grant it was better than what followed. In any case, even Boyega clearly felt like the second film was a left turn into a blind alley, one that didn’t even feel like it was part of the same story. He’s right about that. This short film by Red Letter Media really sums up my feelings about Rian Johnson’s stated desire to thwart fans expectations:

So next weekend the new/final film will open and I’m willing to bet it will be terrible too. Despite that, I expect it will make a billion dollars worldwide (at least). Maybe I’ll even go see it just to know that this sad saga is finally over. At least until the next one of course.

There is one bright spot in all of this if you aren’t completely done with Star Wars. The Mandalorian, aka the baby Yoda show, on Disney’s new streaming service is surprisingly good. In fact it makes me wish that Jon Favreau had been hired to make all three of the sequels.