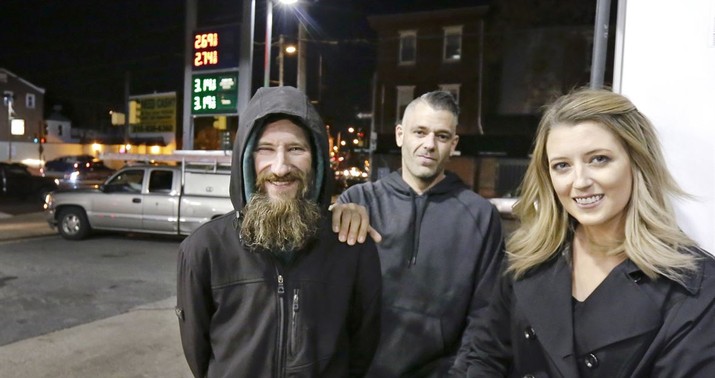 You may remember the story of Johnny Bobbitt. It was a touching tale of a homeless man who gave his last $20 to help a stranded woman named Kate McClure buy gas. McClure and her boyfriend Mark D’Amico were so touched that they created a GoFundMe page raising money to help get the generous homeless man off the streets. It was practically a Hallmark Christmas movie come to life.

And it turned out to be a complete hoax.

In reality, McClure, D’Amico, and Bobbitt had met outside a casino and planned the hoax together. The whole thing might have worked except the story was so compelling that it went viral and the plan to raise a relatively small amount of money soon ballooned to over $400,000. With that much money involved, greed apparently set in. D’Amico and McClure bought a new BMW and took expensive vacations while Bobbitt got cut out of most of the money.

Without revealing the whole thing had been a hoax, Bobbitt went to a local news outlet and complained he was being defrauded by the couple. He also sued them to get access to his money. Suddenly there were a lot of skeptical eyes on the situation and D’Amico and McClure went on television to assure everyone that they hadn’t spent Bobbitt’s money. They claimed they had merely cut off his access to it because he was using the money to buy drugs.

Eventually, the whole story unraveled. McClure claimed D’Amico was the mastermind and agreed to testify against him. Today, D’Amico pleaded guilty to state charges as part of a deal with prosecutors. However, his attorney clarified this was not an admission on the more serious federal charges:

Under an agreement with prosecutors, Mark D’Amico pleaded guilty in a Mount Holly courtroom to a second-degree felony charge of misapplication of entrusted property, and faces a five-year prison sentence. He could apply to an intensive-probation program after serving seven months in custody, his attorney said.

Defense attorney Mark Davis told reporters after the surprise plea hearing that D’Amico did not plead guilty to conspiring with his former girlfriend, Katelyn McClure, to set up the GoFundMe account, and that D’Amico was not the mastermind behind the scam. As part of the agreement with prosecutors, conspiracy, theft and other charges were withdrawn.

In April, Bobbitt, 36, was sentenced to five years of probation by a Superior Court judge and ordered to enroll in a long-term, live-in drug rehabilitation program after admitting to his role in the scam. He pleaded guilty in March to a charge of conspiracy to commit theft by deception.

Also in April, McClure, 29, of Burlington County, pleaded guilty in Superior Court to theft by deception. McClure, who is not in custody, has agreed to testify against D’Amico in state court. As part of her agreement, she could be sentenced to a potential four-year state prison term.

There are several lessons to learn from this fiasco. The first is don’t set up a scam and then try to cut out the guy who has nothing to lose. Bobbitt was a street person. How much worse could his life get by telling the truth compared to how much worse D’Amico and McClure’s lives could get. I guess they’ve probably figures this out by now.

But the bigger lesson is don’t believe a story that sounds too good to be true. I believed this nonsense when it first became news, but obviously Hallmark movies don’t happen in real life, at least not very often. If somebody tells you a story this perfect it’s probably because they want something from you. That was certainly the case here.