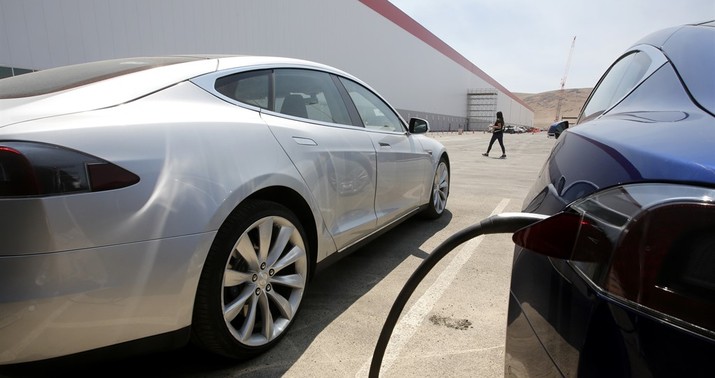 One line item that many environmentalists are pushing these days is the conversion to electric trains and cars to reduce the amount of carbon in the atmosphere. Ideally, progressives would like us all to live in dense cities and ride public transportation, but since the suburbs don’t seem to be going away in the next few decades, the next best option is a Tesla (or something like it) in every garage. Fumes from burning diesel and gasoline make up a significant portion of our carbon output as a nation. Having everyone drive electric cars could make a dent in that.

Unfortunately, there are a few problems with this plan to electrify transportation, starting with the fact that electric cars are more expensive than comparable gas-powered vehicles even when you factor in the ongoing cost of gas and oil. That’s not a problem for buyers who have the cash to pick up a new Model S, but if you want to saturate the market, you need lower end cars that can compete without government subsidies.

The biggest driver of the cost of electric cars is the cost of producing the battery packs. We keep hearing that, over time, the market will drive the cost of batteries down to a point that electric cars can truly compete on price. But what if that point is still a decade away? Remember, AOC and proponents of the Green New Deal are demanding a complete change in the economy within a decade. So having electric car parity ten years out is a bit of a hiccup. What if the cost of the battery-powered cars can never reach the cost of gas-powered cars at all using current technology? According to a new report from the MIT Energy Initiative that may be the reality.

A new report from the MIT Energy Initiative warns that EVs may never reach the same sticker price so long as they rely on lithium-ion batteries, the energy storage technology that powers most of today’s consumer electronics. In fact, it’s likely to take another decade just to eliminate the difference in the lifetime costs between the vehicle categories, which factors in the higher fuel and maintenance expenses of standard cars and trucks.

The findings sharply contradict those of other research groups, which have concluded that electric vehicles could achieve price parity with gas-powered ones in the next five years. The lingering price difference predicted by the MIT report could stunt the transition to lower-emission vehicles, requiring governments to extend subsides or enact stricter mandates to achieve the same adoption of EVs and cuts in climate pollution…

The problem is that the steady decline in the cost of lithium-ion batteries, which power electric vehicles and account for about a third of their total cost, is likely to slow in the next few years as they approach limits set by the cost of raw materials.

“If you follow some of these other projections, you basically end up with the cost of batteries being less than the ingredients required to make it,” says Randall Field, executive director of the Mobility of the Future group at MIT. “We see that as a flaw.”

The obvious solution to this problem is better batteries. Solid state batteries are still mostly found in labs at this point, but if they could be commercialized, they would solve a lot of the problems with lithium-ion batteries. Toyota plans to announce a new solid-state-batttery-powered car in time for the 2020 Olympics:

For the 2020 Olympic Games, Toyota will show off a technology showcase that will include a solid-state battery car. That’s a big deal since solid-state batteries are a bit of a holy grail in the automotive world. They could potentially solve most problems with electric cars, like long recharge times, lackluster range, etc.

But don’t expect one to hit the market so soon. Toyota, famous for being meticulous in its production standards, says one won’t be ready until about the middle of the next decade.

Solid-state batteries really do sound like the future, allowing for more range and much quicker recharge times, but the future isn’t going to happen overnight. The internal combustion engine is still going to be around when AOC hits middle age. Finally, if you’re interested in a light-hearted video about solid-state batteries this clip is worth a look.

‘Star Trek: Picard’ Has Finally Beamed Down. Does It Deliver the Goods?

“the influencers are also sometimes rallied around specific causes and events”

Al Gore in Davos on climate change: “This is Dunkirk. This is 9/11”

“Truly historic, and a huge win for anti-abortion rights activists.”

Yawner: Senate Republicans claim boredom with trial — and ratings show it too

He seems reluctant to do so elsewhere, however.