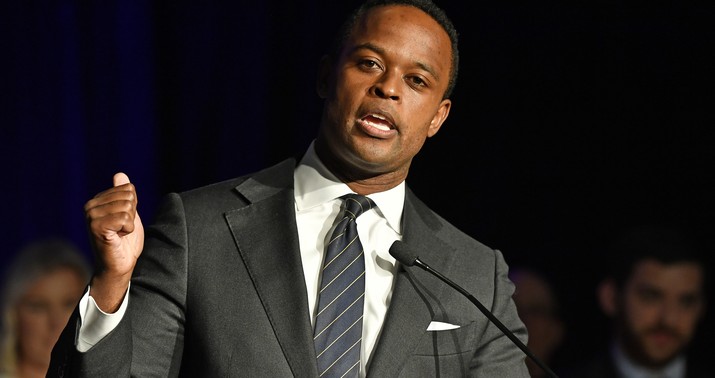 As Ed pointed out yesterday, the potential release of recordings of roughly 20 hours of testimony from the grand jury considering the shooting of Breonna Taylor looked to be in doubt for a while. Originally scheduled to happen yesterday, Kentucky Attorney General Daniel Cameron asked for another week to get everything in order, calling into question whether he was really ready to go through with this. The judge hearing the case went with something of a compromise, agreeing to a delay, but only until Friday. Cameron still sounds like he has his doubts, but agreed to meet the new deadline. (NBC News)

Kentucky Attorney General Daniel Cameron has until Friday to release the grand jury proceedings in the Breonna Taylor case after he asked a judge for a one-week extension.

The attorney general said that the delay is necessary to protect witnesses, “and in particular private citizens named in the recordings.”

Cameron’s stated reason for requesting the delay is a completely valid one. The proceedings of the grand jury are supposed to be secret to begin with and they are never intended for public consumption. But if they must be released, the identity of both witnesses who testified and the jurors themselves need to be protected. Otherwise, future cases will find themselves stymied when fearful witnesses refuse to come forward or jurors decline to participate due to worries over their own safety.

But Cameron offered more objections to the order, claiming that the public release of the recordings could “compromise the ongoing federal investigation” and potentially poison the jury pool. Both of those comments leave me wondering if there’s more to come that may provide some surprises. When you look at the initial conclusions of the grand jury as described by Cameron, the situation was presented as being mostly a case of nothing to see here, move along. The only fault found involved one officer recklessly shooting into neighboring apartments not covered by the warrant, with no blame assigned for the actual shooting of Breonna Taylor.

But if that’s the case, why would the contents of the grand jury recordings endanger the federal investigation? If the jury didn’t find fault with the actions of the police officers on the night in question, why would Cameron believe that there was anything for the feds to dig up? And why would any potential jury pool be poisoned? The one officer who was indicted will almost surely be convicted of reckless endangerment at this point unless something presented to the grand jury calls even that relatively minor offense into question.

The other possibility is more disturbing and it’s the one that Ed touched on yesterday. Cameron has already admitted that he never even asked the jury to consider murder charges against the officers who fired into Taylor’s apartment. But at least one juror appears to disagree with his decision. If the recordings reveal testimony or other information suggesting that such charges may have been justified and Cameron simply disregarded that information, the situation becomes far messier.

From everything we’ve heard thus far, that’s probably not the case. The officers executed the no-knock warrant and at least claim that they announced their identity. One officer was shot in the leg by Taylor’s boyfriend and they returned fire. If it’s as simple as that, the jury likely reached the correct conclusion. Why bring forward a case that the prosecutors are almost certain to lose? We’ll potentially have the answers to those questions tomorrow. But in the meantime, Louisville should brace for more riots and unrest. I’m afraid this ride is far from over.