If you think Bernie Sanders has some completely radical socialist views now, you should have seen him when he was a younger man coming up in Vermont politics. During an interview with Jake Tapper this weekend, Sanders was reminded of one of his really “out there” policies from back in the day. Tapper asked him about his proposal to have a maximum wage in the United States on top of the minimum wage we already have in place. Sanders was clearly not thrilled with being reminded of this and attempted to dismiss the question out of hand. (Free Beacon)

Sen. Bernie Sanders (I., Vt.) on Sunday refused to discuss his support for a “maximum wage” during his early days in Vermont politics, calling the unearthing of such radical proposals not “productive.”

“Early in your political career, way back in 1974, you said that it should be illegal to earn more money than someone could spend in his or her lifetime,” CNN’s State of the Union anchor Jake Tapper said. “You proposed a maximum wage cap on the highest earners.”

Sanders dismissed the question as irrelevant to his current political views.

Let’s go to the video so everyone can enjoy this rather awkward, uncomfortable moment. (via Twitter)

Bernie Sanders fires back after Jake Tapper asks him about his backing of a wage cap in 1974 that CNN recently dug up.

"Did you go back to my third-grade essay when I was in PS 197 about what I said?" pic.twitter.com/FYpjudY3Yu

You have to wonder if the grind of the campaign trail is starting to get to Bernie at this point. Responding to the question by asking if Tapper had gone back to his third-grade essay from elementary school was a bit of scolding that came off as a challenge to the media, suggesting that anything from his political past was somehow off-limits. But that didn’t happen when Sanders was a child. As Tapper pointed out to him, Sanders said that when he was a fully grown adult in his thirties. If his position has changed after further consideration, he could simply say so and explain why.

But Sanders didn’t do that. Not only didn’t he deny that he’d held that view, but he also didn’t even say that he had abandoned it. Why? I’m going to toss out a guess here (since Bernie didn’t offer to explain) and suggest that he still believes that today. The only reason he’s not saying it is that he realizes how unpopular it would be.

This is yet another area where Sanders and other socialists make incorrect assumptions about the bitterness of middle and lower-income workers. They assume that the public’s supposed hatred of the dreaded “top one percent” extends to the point where everyone wants to tear them down. That may be true for some, but certainly not a majority. (And not for nothing, but it’s an interesting argument to have with a guy who owns three houses.)

The truth is that most people don’t want to punish the wealthy, primarily because almost everyone still harbors hopes of becoming wealthy. This concept brings to mind a story that Joe Scarborough frequently tells when he does interviews or gives speeches. His father would drive past some big, expensive home, far nicer than the one they lived in. He would explain to his children that he didn’t resent the people living in such mansions. He just wanted the opportunity to own a home like that himself one day.

And that’s the fundamental difference between capitalists and socialists in a nutshell. It’s equality of opportunity versus equality of outcome. This interview is a good reminder of what Senator Sanders and several of his competitors for the nomination think about that question. 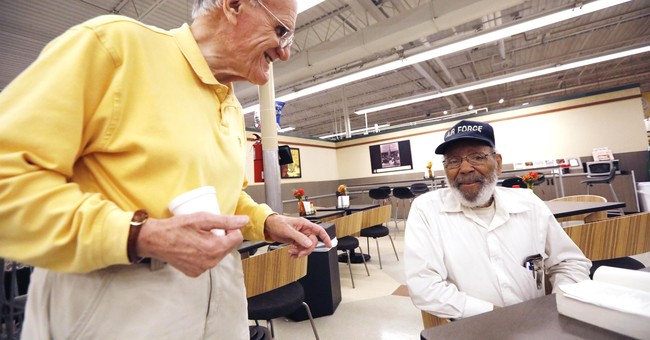