In the era of far left dominance, guess who’s leading in Iowa?

Since we’re into a presidential election cycle, the people of Iowa are once again preparing for their biennial deluge of attention from pollsters, candidates and the political press corps. We recently found out that surveys show how well Donald Trump would fare there against Elizabeth Warren, particularly if Howard Schultz is running as an independent. But will she even be the Democratic nominee?

But a different question in that poll indicates that Warren probably shouldn’t start working on her nomination acceptance speech just yet. At least in the view of Iowans at this point, the person they’re looking to is none other than Joe Biden. (Washington Times)

Former Vice President Joseph R. Biden is the strongest Democratic contender for the Iowa primary, according to a new poll of likely caucusgoers.

A survey from Emerson College showed that Mr. Biden, with 29 percent, had a double-digit lead over Sen. Kamala D. Harris, a California Democrat who launched her campaign just weeks ago.

Although expected to be a front-runner, Mr. Biden hasn’t announced whether or not he’ll be running, but he’s hinted over the past month that a decision could be coming soon.

In December, Mr. Biden said he was the “most qualified person in the country to be president.”

Biden comes in at 29% and he hasn’t even announced whether he’s running or not. Harris is at 18, with Sanders and Warren trailing at 15 and 11 respectively. Nobody else is rising much above the level of background noise.

This has to come as a tremendous annoyance to the talking heads on most of the cable news networks. Listening to the Sunday shows over the weekend, the talk about Kamala Harris was barely short of people throwing themselves prostrate at her feet. They want Harris to be the one to take on (and take out) Donald Trump so bad they can taste it, but yet again the voters don’t seem to be buying the sales pitch.

These are early results of course, but the clock is ticking. To listen to all the stump speeches during the midterms, you’d think that the Democrats were already shoulder to shoulder in calling for a candidate who is some combination of female, black or Hispanic, gay, transgender and Muslim. (The more of those boxes you can tick the better.) But the big winner in the minds of Iowa voters appears to be a straight, cisgender, Christian white dude who will be 77 (!) when next year’s election rolls around.

Maybe the political prophets aren’t quite as in tune with the average voter as they fancy themselves to be. 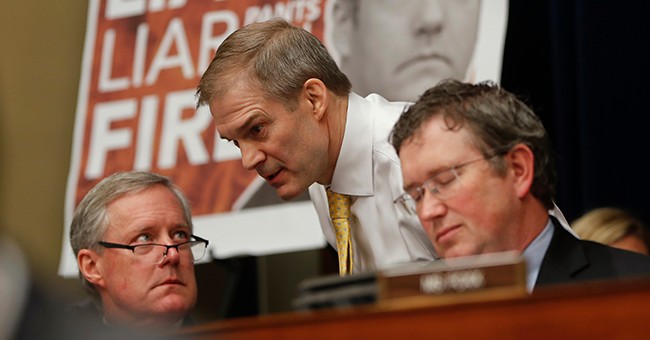