The phone that did not ring: Is Biden snubbing Netanyahu? 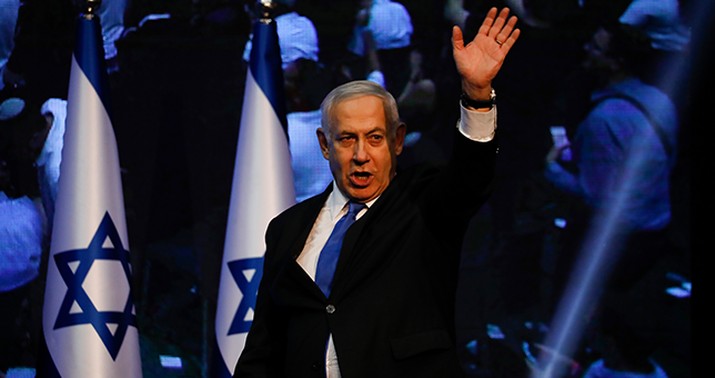 Sherlock Holmes solved a mystery over a dog that did not bark. Israelis can solve a not-so-tough mystery over the phone that still isn’t ringing — Benjamin Netanyahu’s. NBC News reports that Joe Biden still has not reached out to the Israeli prime minister despite Biden’s focus on Iran policy and the Middle East in his first days in office.

It’s even more odd, given Biden’s outreach efforts to other “American allies,” NBC points out, like Canada, the UK, France, Japan, and, er … China? Did someone miss a memo or two at NBC?

In his first weeks in office, President Biden has made a flurry of international phone calls to American allies, including the leaders of Canada, Britain, France, Japan and China.

But Israeli PM Netanyahu has so far not received a call. https://t.co/J8KAv6Fc1C

Even in a Biden administration, no one could seriously include China among “American allies.” That might be a stretch even in a Bernie Sanders administration, perish the thought. But Biden’s outreach to China while ignoring one of America’s key strategic allies makes the point more powerful:

While it is clear that Biden has his hands full with a myriad domestic challenges, every day the phone doesn’t ring adds to concerns in Israel that Netanyahu is being frozen out by the new Democratic administration because of his close ties with former President Donald Trump and his public antagonism of former President Barack Obama. …

“It’s a clear sign of displeasure from President Biden with the fact that Prime Minister Netanyahu was perceived in Washington for the last 12 years as almost a card-carrying member of the Republican Party,” said Dani Dayan, a former Israel consul-general in New York.

Dayan was appointed to the post by Netanyahu in 2016 but is now part of New Hope, a right-wing political party led by former allies of Netanyahu who are running against him in upcoming elections.

Netanyahu’s former envoy to the UN skewered Biden on Twitter yesterday over the snub, noting that Biden has taken the time to call Democratic bete noire Vladimir Putin already, too:

@POTUS Joe Biden, you have called world leaders from#Canada#Mexico#UK#India#France#Germany#Japan#Australia#SouthKorea#Russia
Might it now be time to call the leader of #Israel, the closest ally of the #US?
The PM's number is: 972-2-6705555 pic.twitter.com/OYgPvVga6F

The Washington Post took notice of the snub, wondering whether Biden was intentionally “ghosting” Netanyahu. They report that the White House is scheduling the calls by region, but that doesn’t make a lot of sense:

“Biden and his aides aim to tell Netanyahu: ‘You’re nothing special,’” security analyst Yossi Melman wrote in the daily Haaretz. “‘The personal connection and chemistry you had with Donald Trump not only fail to advance your standing in Washington, they’re an obstacle.’”

Officials in both capitals have dismissed the idea that Biden’s call log carries any coded rebuke of Israel or its head of state. The White House says that Biden is dialing region by region and the Middle East is coming up.

The president’s first calls, to Mexico and Canada, and European and Asian capitals, addressed issues from immigration, trade, climate change, NATO and containing China, according to reports. The White House has also been consumed by a raging pandemic and economic crisis.

So why call Australia and India ahead of Israel? Is the Pacific Rim a higher priority than the Middle East? That certainly didn’t seem to be the case for Biden both during the campaign and the transition, when he and his team emphasized their rush to get the US back into Barack Obama’s Iran deal. That will require plenty of negotiation with Israel, and — at least for the moment — that means Netanyahu.

Of course, Biden would probably prefer to deal with someone else in Israel, and might be waiting for his chance. Netanyahu is currently being prosecuted in a corruption case, and Israel is about to have its fourth election in the last two years. Biden might be hoping to wait out Netanyahu. One person not buying that explanation, at least not for public consumption, is Netanyahu himself, however:

Netanyahu himself downplayed the possibility that he was being slighted by the new president. The prime minister noted that he and Biden have known each other for decades and that he had called Biden soon after he was declared the election winner in November.

“He is making calls to world leaders according to the order he sees fit,” Netanyahu said when questioned about Biden during an appearance with the Greek prime minister in Jerusalem this week. “The Israel-US alliance is strong and so is our friendship of almost 40 years, though we may not agree on everything.”

That’s a brave face to wear in public. Bibi will not have forgotten, though, about the Obama/Biden administration’s efforts to torpedo his election in 2015. Obama and Biden didn’t want him around then, and Biden’s making it clear now that nothing has changed. That’s no way to treat an ally, especially when Biden seems intent on treating our geopolitical foes in Beijing, Moscow, and Tehran with more deference and less judgment.

He just can't QUIT him! Jim Acosta shows up at CPAC and the reaction is EXACTLY what you'd expect (watch)