COVID-19 relief/stimulus: It’s beginning to look a lot like Reconciliation-mas 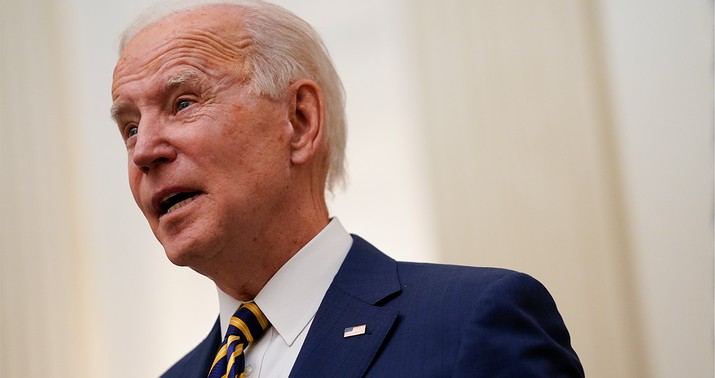 And that might create more problems than it solves for Joe Biden and the Democrats. Republicans continue to balk at Biden’s proposed $1.9 trillion relief/stimulus bill dealing with COVID-19 and economic issues, in large part because it’s only been a month since Congress authorized an additional $900 billion-plus in relief and stimulus spending. While some Senate Republicans have expressed interest in certain pieces of the Biden proposal, the entire caucus remains opposed to passing it in total.

Democrats had considered trying to pass it in pieces, but that looks as though it’s going nowhere now. Nor does the White House or Chuck Schumer want to consider going with a less expensive option:

That either leaves Biden and Schumer with an effort to eliminate the judicial filibuster, or to resort to the budget reconciliation process. For now, they’re choosing Door Number Two, but that has a cost:

Dems begin budget process next week, with a budget resolution first. After that passes, Congress can then tee up reconciliation legislation that will likely include covid relief. That bill cannot be filibustered and can pass with just Democratic votes

Through a fast-track process known as budget reconciliation, Democrats could muscle through the package — which would provide billions of dollars for vaccine deployment, another round of stimulus checks and an extension of unemployment benefits — on a simple majority vote, bypassing a messy filibuster fight that would require them to win over enough Republicans to reach a 60-vote threshold. …

While reconciliation allows senators to scale procedural and scheduling hurdles, it is also subject to strict limits that could constrain the scope of any pandemic relief package Democrats seek to pass.

In the Senate, the “Byrd Rule,” established by former Senator Robert Byrd of West Virginia, bars extraneous provisions, including any measure that does not change revenues or spending, affects the Social Security program or increases the deficit after a certain period of time set in the budget resolution. It is intended to ensure that the reconciliation process cannot be abused to jam through any unrelated provision.

That means that Biden and Schumer would have to lose the one provision that’s likely keeping them from getting some Republicans to come on board in the first place:

In the case of Mr. Biden’s stimulus plan, among the thorniest questions is whether a provision to increase the federal minimum wage to $15 could survive the Byrd bath. Representative John Yarmuth, Democrat of Kentucky and the chairman of the House Budget Committee, said in an interview that such a provision “is just a stretch.” His Senate counterpart, Bernie Sanders, the Vermont independent, has signaled that he believes it is feasible.

The $15 minimum wage increase is the poison pill in the proposal. It’s a non-starter for the GOP, especially in the middle of an economic crisis when the federal government has to backstop payrolls to keep jobs from melting away. If Democrats removed that provision, they might not need reconciliation at all, at least to get past a cloture vote. After all, the December relief bill only added three months of unemployment benefits and other wage supports, which means the politics will get pretty dicey in just a few weeks one way or the other.

A higher minimum wage “reduces firm’s incentives to hire more minimum wage workers,” Olin Business School finance professor Radhakrishnan Gopalan said. “This effect would be all the more enhanced when firms are hurting from the pandemic.”

“The restaurant sector, which employs a significant number of minimum wage workers, and the retail sector are struggling,” Gopalan continued. “Raising the minimum wage now would spell a death knell for many small restaurants.”

The professor isn’t speculating. His research has shown that businesses respond to minimum wage increases by reducing future hiring, leading to an overall decline in employment among minimum wage workers.

And this is part of a broader empirical data set confirming what economic theory demonstrates: that minimum wage hikes eliminate jobs. As for the $15 minimum wage proposal, the nonpartisan Congressional Budget Office estimated that it would eliminate 1.3 to 3.7 million jobs nationwide. That estimate is using a pre-pandemic scenario—there’s plenty of reason to think the impact would be even worse now.

This matters because the economy isn’t exactly roaring at the moment. The Bureau of Economic Analysis reported today that the economy grew at an annualized rate of 4.0% in GDP, but that’s a far cry from Q3’s massive rebound, and it still leaves the US economy in a -3.5% GDP overall performance in 2020. Despite the positive-sounding number for Q4, the income falloff in that period portends another turndown in Q1:

These drops will stunt any growth in Q1, unless overcome by the stimulus passed in the final days of Q4. That’s murky enough without throwing a monkey wrench into the calculations by attempting to hike labor costs just as businesses are beginning to reopen. Theoretically, boosting the minimum wage will increase disposable income overall. For hundreds of thousands or millions, though, it might eliminate income altogether if those jobs get lost. That will require even more backstopping of payrolls and more spending on unemployment, which is why Republicans keep arguing that this is the worst time to start playing around with labor costs.

Democrats could still try to force it through and hope the parliamentarian doesn’t rule a minimum-wage hike out of bounds. They could also get Kamala Harris to overrule the parliamentarian, but that’s almost guaranteed to blow up what little comity remains in the Senate. Republicans would react by pulling out all procedural stops to mire the bill down for as long as possible while working to flip Joe Manchin and perhaps a couple of other Democrats against it. For what it’s worth, Manchin has already expressed some skepticism about this bill, arguing that a massive infrastructure bill would be a far more practical approach than the parade of helicopter-money drops that Congress keeps trying to pass.

That’s something that might attract Republican votes as well, but only as an alternative and not with the minimum-wage hike attached. For now, reconciliation looks like the only path left for Schumer and Biden, and it’s no guarantee even at that. If they use reconciliation, take that as a guarantee that Democrats know they can’t challenge the filibuster.