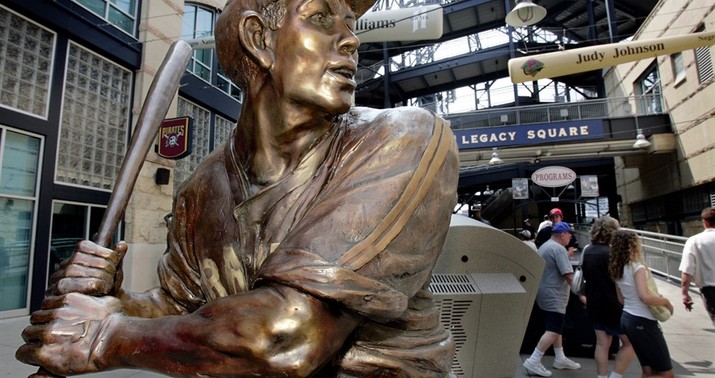 A long-overdue correction to a 51-year-old bad decision. In attempting to unify and regulate the baseball record book in 1969, Major League Baseball identified and consolidated records from over a half-dozen professional circuits. The effort resulted in perhaps the most robust and studied set of statistics in professional sports — but left out black players from the era when MLB clubs refused to allow them to play.

Soon, those players will finally get their historical due, at least in part:

MLB said Wednesday it was “correcting a longtime oversight in the game’s history” by elevating the Negro Leagues on the centennial of its founding. The Negro Leagues consisted of seven leagues, and MLB will include records from those circuits between 1920-48. The Negro Leagues began to dissolve one year after Jackie Robinson became MLB’s first Black player with the Brooklyn Dodgers in 1947.

Those leagues were excluded in 1969 when the Special Committee on Baseball Records identified six official “major leagues” dating to 1876.

“It is MLB’s view that the Committee’s 1969 omission of the Negro Leagues from consideration was clearly an error that demands today’s designation,” the league said in a statement.

The league will work with the Elias Sports Bureau to review Negro Leagues statistics and records and figure out how to incorporate them into MLB’s history. There was no standard method of record keeping for the Negro Leagues, but there are enough box scores to stitch together some of its statistical past.

It’s great to see the vanguard of black athletes like Robinson, Monte Irvin, and Satchel Paige get a more complete accounting of their careers. Josh Gibson was already well known as one of baseball’s top sluggers even though he died just before Robinson finally broke the color line in MLB. But even better, this long-delayed correction to the record allows many other players to become part of the fabric of major-league baseball, and hopefully opens their careers up to more people — as many as 3,400 players, according to the AP.

This is no sop to political correctness, either. The official Elias records encompass a number of professional baseball leagues already; it’s not just restricted to the American and National Leagues. The level of play in the Negro Leagues were arguably on par or better than some or most of those other circuits, including the AL and NL. MLB made the decision to add in other defunct circuits into the aegis of “major leagues” in 1969. Why didn’t they include the Negro Leagues at that time? Given that MLB was still less than a quarter-century past its integration, it would have been an uncomfortable prospect for owners who were still around from the segregated era.

Which leagues will get adopted into the records? The New York Times gives us the list, which will just about double the number of circuits covered by the official statistics:

The announcement called attention to the work of the historian Larry Lester, a co-founder of the Negro Leagues Baseball Museum, as well as Gary Ashwill, Scott Simkus, Mike Lynch and Kevin Johnson for their construction of the Negro Leagues Database, which is the most complete statistical record of the leagues.

The first step in merging the record books will be a thorough review of available information by the Elias Sports Bureau, keeper of M.L.B.’s official statistics. Its findings could result in several records changing, and could affect the career totals for any players who appeared in both the Negro leagues and the National League or the American League — a group that includes players like Jackie Robinson, Willie Mays and Paige.

One potential objection would be the lack of play between the two sets of leagues, but that cuts both ways. Would Babe Ruth have hit as many home runs if he played against the top talent in the Negro Leagues, and would Josh Gibson have hit as many against American and/or National League pitching? Both are valid questions, and both are unanswerable.

That doesn’t mean that the records of either should be excluded or dismissed, though. Putting these leagues into the same statistical universe makes sense, and provides fans of all these leagues a sense of solidarity with each other. This doesn’t diminish or erase the historical wrongs, but it does finally remind us that all of those players belong in the same league, literally.

I’m nowhere near as much a fan of baseball as I had been, but it will be fun to see the new record books when Elias finally merges the new data into the record book. This is one of the better decisions from major-league sports in quite a while.