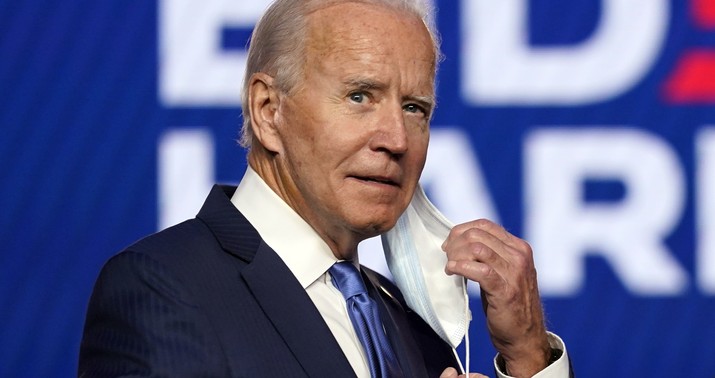 Actually, the headline should read “Dems should be shocked, shocked,” as all evidence points to the contrary. How did Democrats blow so many golden opportunities in the 2020 election?  The analysis from the New York Times’ Trip Gabriel points out their problem. Democrats mistook Trump exhaustion with an embrace of progressivism. Bad mistake, especially in the suburbs where Biden won his victory:

Across the country, suburban voters’ disgust with Mr. Trump — the key to Mr. Biden’s election — did not translate into a wide rebuke of other Republicans, as Democrats had expected after the party made significant gains in suburban areas in the 2018 midterm elections. From the top of the party down to the state level, Democratic officials are awakening to the reality that voters may have delivered a one-time verdict on Mr. Trump that does not equal ongoing support for center-left policies.

“There’s a significant difference between a referendum on a clown show, which is what we had at the top of the ticket, and embracing the values of the Democratic ticket,” said Nichole Remmert, Ms. Skopov’s campaign manager. “People bought into Joe Biden to stop the insanity in the White House. They did not suddenly become Democrats.”

That dawning truth is evident in the narrower majority that House Democrats will hold in Congress next year, and especially in the blood bath that the party suffered in legislative races in key states around the country, despite directing hundreds of millions of dollars and deploying top party figures like former President Barack Obama to obscure down-ballot elections.

This year, Democrats targeted a dozen state legislative chambers where Republicans held tenuous majorities, including in Pennsylvania, Texas, Arizona, North Carolina and Minnesota. Their goal was to check the power of Republicans to redraw congressional and legislative districts in 2021, and to curb the rightward drift of policies from abortion to gun safety to voting rights.

But in all cases, Democrats came up short. None of their targeted legislative chambers flipped, even though Mr. Biden carried many of the districts that down-ballot Democrats did not. It could make it harder for Democrats to retain a House majority in 2022.

That’s not the only reason Democrats’ House majority is at higher risk in 2022. A first-term president almost always loses seats in the midterm, and Nancy Pelosi is down to a single-digit majority. Without Donald Trump on the ticket in those suburban districts Democrats did manage to hold, the writing may already be on the wall.

And it could get worse. The more Pelosi acts as though the election gave her a mandate for a progressive agenda, the more the disconnect will grow. Even making that as a claim might be bad enough for those same voters to start off the next session frustrated that Democrats insist on living in a progressive-elite fantasy rather than actually talking with voters to find out where they’re at.

Ironically, the party of identity politics now has to find a new identity to compete. The Hill reports that Democrats want to come back to the working class, worrying that they have become too focused on the “monied elite”:

Democrats say they’re in need of serious course corrections to stay competitive in future elections, warning the party may no longer be able to rely on anger at President Trump to drive voters to the polls.

Top liberals interviewed by The Hill expressed concern that the party would drift back to old established ways after using Trump as a boogeyman to raise money and juice turnout for the past two cycles.

Democrats are alarmed after this month’s elections revealed soft spots among non-college-educated and Latino voters and are skeptical that they’ll consistently be able to rely on turnout from affluent white suburbanites who rejected Trump.

With Trump out of office, some Democrats say the party should fill the void of economic populism he’ll be leaving behind by aiming their policies and rhetoric at lifting working-class Americans who have felt ignored by Washington.

That sounds less like introspection and more like “America looks like us” rather than “we need to look like America.” Democrats have embraced the politics of left-wing populism and progressivism for several years now, and the only thing that’s won them an election is Donald Trump rather than their own agenda. Joe Biden’s singular 2020 victory was a rebuke to those politics, at least on the surface. And yet, as the Washington Post reports, progressives still want to define the incoming administration along the lines of what keeps losing elections:

During a recent private call with Biden’s team, [Jamaal] Bowman urged the president-elect to consider specific Cabinet appointments. Bush has had conversations with House Majority Whip James E. Clyburn (D-S.C.) — a top Biden ally on the Hill — about “defund the police,” a rallying cry that he has called alienating but [Cori] Bush has embraced.

These efforts illustrate the challenge liberals face as they attempt to shape the party’s direction in the months ahead. After an election in which the country opted for a reset, not a revolution, moderate Democrats hold the power in the party. And many blame the polarizing themes championed by the left for the party’s shrunken House majority and Senate losses. This recrimination from party leaders, along with skepticism from some Biden allies, could limit liberals’ influence.

But liberals offer a starkly different take, arguing that their base won Biden the White House — and now, they must deliver on promises to pass climate change legislation and fight economic inequality. The shifting dynamics in the party have thrust the movement to a crossroad on the eve of the Biden presidency.

“I don’t know how, the day after the election, people can start pointing fingers at progressives for somehow ruining things when in fact we never would have won the presidential election if we hadn’t turned out people,” said Rep. Pramila Jayapal (D-Wash.), co-chair of the Congressional Progressive Caucus.

Did the progressives turn out people, though? It certainly doesn’t look that way from the overall results. If they had, Democrats would have won Senate seats in North and South Carolina, Kentucky, Iowa, and in Georgia with their progressive challengers to Republican incumbents. Democrats wouldn’t have lost House seats to the GOP, either, and they would have won those targeted state legislative races. The Senate seats they did win — in Arizona and Colorado only — were won by candidates who downplayed progressivism and adopted the Biden model. Jon Ossoff wants to take up Jayapal’s strategy, and if not for GOP bungling on messaging in Georgia, would likely be risking a runoff beating for it.