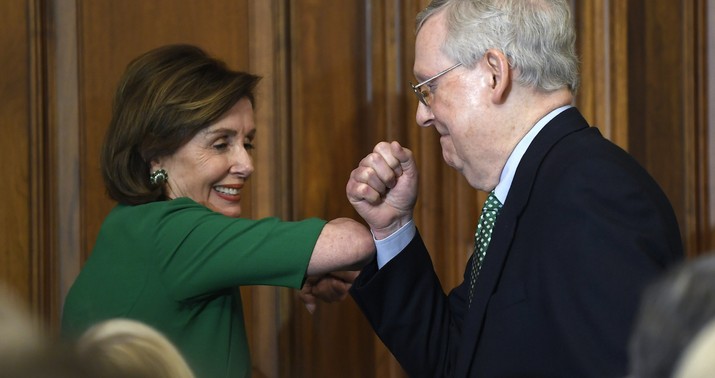 In case anyone has forgotten that “the business of America is business,” as Calvin Coolidge once said, and not elections, ADP has a sobering reminder today. The payroll-processing giant published its numbers on private-sector job growth today, and it’s the lowest number in three months.

Their survey predicts that the US added 365,000 jobs in October — a good pace under normal circumstances, but a dropoff of over half of September’s adjusted figure. This may be further evidence that the stimulus effects of the expired CARES Act have mostly faded. On the bright side, the gains were almost exactly evenly distributed among the size groupings in the private sector:

Private sector employment increased by 365,000 jobs from September to October according to the October ADP National Employment Report® . Broadly distributed to the public each month, free of charge, the ADP National Employment Report is produced by the ADP Research Institute® in collaboration with Moody’s Analytics. The report, which is derived from ADP’s actual payroll data, measures the change in total nonfarm private employment each month on a seasonally-adjusted basis. …

“The labor market continues to add jobs, yet at a slower pace,” said Ahu Yildirmaz, vice president and cohead of the ADP Research Institute. “Although the pace is slower, we’ve seen employment gains across all industries and sizes.”

Small businesses added 114,000 jobs, while medium-sized businesses added 135K and large businesses (500 employees and up) added 116K. That’s a good distribution, indicative of economic health across the spectrum. However, almost all of it went to the service sector, save +17,000 in the goods sector. The big groth areas in the service sector were leisure/hospitality (125K), which signals more progress on returning to normal, followed by health care/social assistance (68K), and notably franchise jobs (49.6K).

It’s the size of that growth that matters, however. The US economy is still down millions of jobs since the shutdowns began, and this number was a big miss, writes CNBC’s Jeff Cox:

Private job creation showed a sharp deceleration in October as the U.S. economy struggled against a resurgent coronavirus pandemic, according to a report Wednesday by ADP. …

Economists expect that report to show growth of 530,000, which would take the total amount of positions brought back since May to nearly 12 million. The unemployment rate is expected to fall two-tenths of a percentage point to 7.7%.

However, the gains only make up for a little more than half the 22 million positions lost in the first two months of the pandemic.

Economists worry that job creation could slow amid a rise in Covid-19 cases, which increased by 86,507 on Tuesday to bring the pandemic total to 9.3 million, according to the Covid Tracking Project. More than 224,000 Americans have died from the virus and its complications.

Now that the election is over — or at least the voting has finished, if not all the counting — this could end up forcing Congress to quickly return to Washington DC. The coronavirus might not have been the top priority of voters in this election, but the economy was, and therefore so is COVID-19 by extension.

In fact, the two are inextricable, thanks to the restrictions government has placed on in-person commerce and assembly. As long as those exist, the economy will continue to sustain damage, and as long as COVID-19 transmissions keep escalating, restrictions will get applied and amplified. That kind of damage will have to get mitigated by government until we have vaccines and/or cures to end the threat of the virus.

The CARES Act succeeded at getting America reopened and in generating consumer activity. However, the Q3 GDP report indicated serious dark clouds on the horizon, as I pointed out last week:

The end of stimulus programs had a sharply negative impact on personal income (-$540.6B), disposable income (-$636.7B), and personal savings (-$1.93 trillion) in Q3. Real disposable personal income is down 16.3% in Q3, which means that this V-shaped recovery is at risk of running out of gas soon, unless people get back to work ASAP or more stimulus money gets to employers and consumers in the next few weeks.

That matters in a consumer-driven economy. The rise in Q3 is directly attributable to a 40.7% increase in PCEs, as well as an 83% increase in private domestic investment. Bear in mind that the latter is likely in significant part investments in social-distancing infrastructure and not necessarily business expansion. The increase in equipment costs (70%) accounts for much of this overall rise. This is the cost of doing business in the COVID-19 world, not an indication of explosive future growth. And it was likely funded mainly through stimulus funds.

The election results yesterday may end up accelerating passage of a new agreement. Nancy Pelosi lost seats in the House, while it appears Mitch McConnell will hold onto a GOP majority in the Senate — although by how much is not quite known yet. Pelosi might still want to hold out to negotiate with a Biden White House, but that’s not yet a certain outcome. Besides, Trump hasn’t really been her opponent on Phase 4 — McConnell’s her opponent here. Now that a deal can’t be leveraged for electoral strategy, it becomes easier to pass something comprehensive in a lame-duck session.

And if Friday’s jobs report shows a similar slowdown in job growth, it won’t just be easier but more critical than ever. After all, neither Pelosi or McConnell want the next administration to start off in another recession … no matter who’s in the White House.