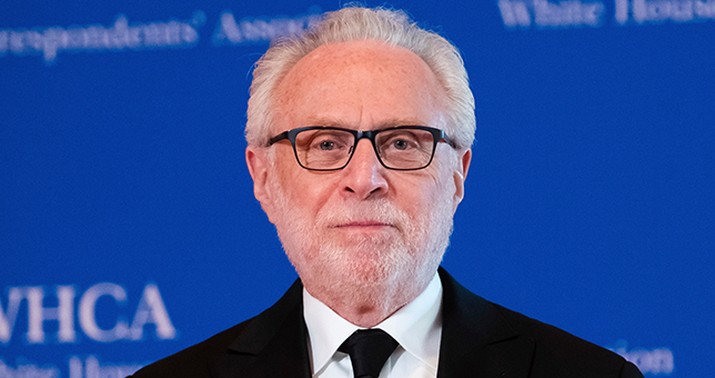 Because police don’t get their lethal-force training from Joe Biden or Hollywood? Given that CNN’s Wolf Blitzer asked this question to the network’s own law enforcement analyst Charles Ramsey, one could make the argument that the Situation Room anchor was simply teeing up the issue for Ramsey to answer. CNN doesn’t have video of this exchange handy, but Reason’s Robby Soave saw it live:

Here’s the transcript, in which Blitzer provides this as commentary on the shooting of Walter Williams by Philadelphia police. The video shows Wallace advancing on police despite repeated orders to stop and drop his weapon, and witnesses confirm Williams was armed with a knife. Why not just shoot to injure rather than “shoot to kill,” Blitzer asks.

Ramsey explains that police do neither:

CHARLES RAMSEY, CNN LAW ENFORCEMENT ANALYST: Well, first of all, every shooting is concerning, and a tragedy in its own — in its own right. We have to take a careful look at this, and in will be a thorough investigation to find out whether or not the use of deadly force was justified. This was a call for a man with a knife. The officers were seen backing up, the individual was coming toward them with a knife. Neither of these officers were armed with Tasers, which would be a less lethal weapon. I know that Philly is in the process of trying to get Tasers for all of their patrol officers. That’s 4,500. Right now, they’ve got slightly more than 2,300 that have been deployed, but those two officers did not have a Taser at the time.

BLITZER: The victim, Walter Wallace, had a knife, as you saw. One witness said, though, he had mental health issues. The district attorney said a report was a medical call was consistent with what they know so far.So could these officers have escalated the situation if they obviously could have used Tasers if they had them, but they didn’t have Tasers. But why shoot to kill opposed to shoot to injure and just prevent anything from going further?

The Taser issue might have been moot under these circumstances anyway. Tasers aren’t designed to end a lethal threat, but are more for those resisting arrest and presenting non-lethal threats. Tasers don’t always work, and they are too iffy in close proximity when someone has a lethal weapon in their hands.

But even aside from that, the framing of the question was ignorant, at the very least, even if Blitzer wanted to use it as a springboard for Ramsey. But was that the case? Blitzer has a track record of asking this question, as it turns out. Note the date and the context, which was right after the Ferguson shooting of Michael Brown:

Blitzer has been asking the question for six years, and apparently never listening to the answer. The Mediaite link is dead, but TPM Livewire noted the August 2014 exchange with Toobin, in which Blitzer posed the question even more ignorantly:

Toobin said police are trained to “never fire a warning shot” and to “never fire a shot to injure.” He explained that if police fire their guns, they must “accept the risk” that they are “gonna kill somebody.” Adding that: “If you are not prepared to kill someone, don’t fire the gun.”

For those who are brain-dead enough not to realize that which goes up must come down. Shooting a gun in the air means sending a bullet in an unknown direction, which will come back to earth at a lethal velocity. Every year, people get killed because morons shoot guns up in the air without considering that consequence. Shooting at the ground has similar consequences with ricochets; shooting at arms and legs vastly increases the chances of a miss, which means that bullet continues to travel and could hit a bystander.

The safest choice is to aim for center mass at the actual target, if police have to shoot at all. It’s not “shoot to kill,” it’s “shoot to stop the threat while minimizing all other risks.” One would think Blitzer would have learned that by now.

Update: Robby Soave also linked to his own piece at Reason from two weeks ago in his Twitter thread, responding to Joe Biden’s nonsensical declaration at ABC’s town hall event. Read the whole thing.

Leader Of NFAC Charged With Pointing Gun At Cops