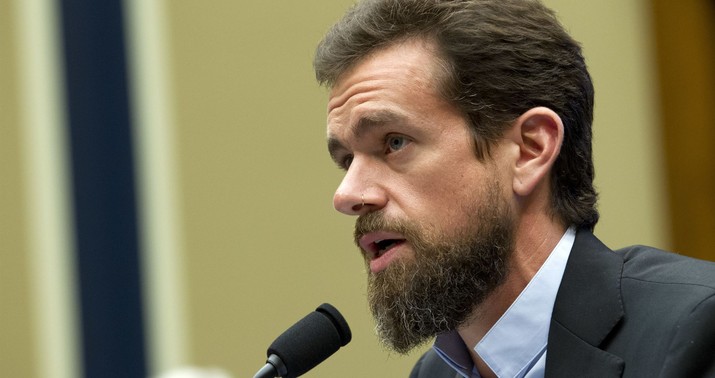 Beyond stupid after what happened on social-media platforms yesterday, but elitist control freaks gotta freak out, it seems. With just 19 days to go before an election, Twitter locked out the official Team Trump campaign account for, er … campaigning. Twitchy put up the siren a short while ago after Team Trump officials complained on Twitter about the lockout:

Twitter has locked out @TeamTrump for posting video of clips of Joe Biden lying about never speaking to Hunter about foreign business deals.

Biden doesn’t dispute the authenticity of the docs.

“This is election interference, plain and simple. For Twitter to lock the main account of the campaign of the President of the United States is a breathtaking level of political meddling and nothing short of an attempt to rig the election,” Trump campaign communications director Tim Murtaugh told Fox News. “Joe Biden’s Silicon Valley pals are aggressively blocking negative news stories about their guy and preventing voters from accessing important information. This is like something from communist China or Cuba, not the United States of America.”

“This is chilling censorship of a sitting President’s re-election campaign 19 days from an election, plain and simple,” Andrew Clark, Trump campaign Rapid Response Director told Fox News. “Twitter is interfering in the election and trying to stop the public from learning damning information about the Biden family’s corruption at all cost, but our campaign and our supporters will not be silenced.”

There are reasons to be skeptical about the NY Post story — lots of them, and I’ll have another in an upcoming analysis. But it has not been “debunked,” despite what Biden’s allies and defenders claim, and even Twitter and Facebook acknowledge that. They’re claiming that the story should be stopped from propagating on social media platforms until it has been authenticated, but that is a standard that seems to have materialized for this issue only. Twitter took no action when false stories about Russia-gate propagated for years on its platform, including allegations based on the discredited Steele dossier, which looks now like actual election interference.

Yesterday’s brute-force silencing of accounts discussing the story, including locking out the New York Post altogether, was bad enough. Now Twitter wants to shut down Trump’s presidential campaign on a story that still could be accurate. Have they shut down Biden’s campaign for propagating the Charleston smear or promoting other lies about Trump? No, nor should they. If they are a platform rather than a publisher, that’s not their role.

You can bet after this move that Republicans in Congress will move a lot closer to Democrats in looking at Twitter and other social media sites for much tighter regulation. If yesterday’s response was “not great,” according to Jack Dorsey, today’s response is outright liability suicide. Have fun without Section 230, and thanks for ruining it for the rest of us.

Update: Even before this, Katie Pavlich reported that Republicans on the House Oversight Committee had requested an emergency hearing on Big Tech censorship:

“We respectfully request an emergency hearing on Big Tech’s repeated efforts to interfere in the 2020 election. Big Tech’s silencing of conservative viewpoints and censorship of news undermines the integrity of the 2020 election and harms Americans’ First Amendment right to freedom of speech,” a letter signed by all Republican members of the Committee states. “Shortly after the story was posted on Facebook, the company decided to “reduce its distribution” in an apparent attempt to limit access to the story. Just as concerning, Facebook reportedly refused to answer basic questions about its decision. Twitter also censored the article and warned users that it is “potentially spammy or unsafe.” Facebook and Twitter have done little to limit distribution of negative stories about President Trump or others who may share his political views. This effort to selectively limit speech based on political affiliation is very concerning.”

“Since the election is in only 19 days and other Big Tech platforms continuously limit speech based on political ideology, we must immediately hold a hearing to learn who are responsible for making these decisions and what policies enable Big Tech to selectively limit speech on social media. In order to prevent further interference in the 2020 election by Big Tech, we request the Committee hold an emergency hearing on this important matter before November 3,” the letter continues.

You’d better believe that the Senate will follow suit, especially since Republicans control the agenda in the upper chamber.

Sen. @tedcruz on @Twitter and @Facebook censoring the @nypost's recent articles alleging Hunter Biden was engaged in acts of corruption:

"We've seen Big Tech…actively interfering in this election…The Senate Judiciary Committee wants to know what the hell is going on." pic.twitter.com/KvkSEGh8oP