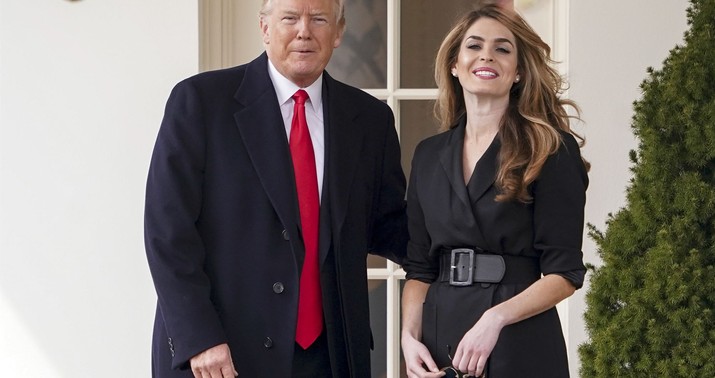 Update (John): Here it is directly from President Trump.

Tonight, @FLOTUS and I tested positive for COVID-19. We will begin our quarantine and recovery process immediately. We will get through this TOGETHER!

And from the First Lady:

As too many Americans have done this year, @potus & I are quarantining at home after testing positive for COVID-19. We are feeling good & I have postponed all upcoming engagements. Please be sure you are staying safe & we will all get through this together.

The reactions to this on Twitter run the gamut from sincere prayers and wishes for Trump’s speedy recovery to a lot of replies hoping for quite the opposite. One of the things I’m seeing a surprising amount of right now is people suggesting we need confirmation of the diagnosis. I’m not sure where that’s coming from but it feels like some people are eager to launch a new conspiracy theory.

A bit more from the AP:

In a memorandum, the president’s physician said that the president and first lady “are both well at this time” and “plan to remain at home within the White House during their convalescence.”

“Rest assured I expect the President to continue carrying out his duties without disruption while recovering,” he added…

Trump is not the only major world leader known to have contracted the virus. British Prime Minister Boris Johnson spent a week in the hospital, including three nights in intensive care, where he was given oxygen and watched around the clock by medical workers. German Chancellor Angela Merkel self-isolated after a doctor who gave her a vaccination tested positive for the virus, and Canadian Prime Minister Justin Trudeau worked from home after his wife fell ill.

It sounds like the president is asymptomatic so far which is the silver lining to this bad news. Hopefully that’s a sign this is going to be a mild case.

Bad news from the White House, and especially for Hope Hicks. Bloomberg reported tonight that Donald Trump’s close aide has tested positive for COVID-19, necessitating contact tracing at the highest levels. Trump confirmed it on Fox News tonight, and announced on Twitter that he and the First Lady would begin a quarantine. The Trumps have not gotten their test results as yet, however:

Hope Hicks, who has been working so hard without even taking a small break, has just tested positive for Covid 19. Terrible! The First Lady and I are waiting for our test results. In the meantime, we will begin our quarantine process!

FOX News: "President Trump awaiting results of COVID test after top aide [Hope Hicks] is infected, he tells Sean Hannity. 'Whether we quarantine or whether we have it, I don't know,' he said."#HopeHicks #coronavirus #COVID19
🔗https://t.co/5mLUvnxEUU pic.twitter.com/oUIyRUr2RG

Trump confirmed it on Sean Hannity’s show tonight. The conversation starts at just past the seven-minute mark:

President Donald Trump said that he would begin self-quarantine while waiting for coronavirus test results after Hope Hicks, one of his closest aides, tested positive for Covid-19.

“She did test positive. I just heard about this,” Trump said in an interview Thursday night on Fox News, about two hours after Bloomberg News first reported Hicks’s positive test.

Later, in a tweet, the president said that he and First Lady Melania Trump had been tested for the virus and were waiting on the results. “In the meantime, we will begin our quarantine process!”

It was unclear from the president’s tweet whether that meant he planned to halt campaigning for re-election. An official White House schedule released less than an hour earlier still listed his plans to meet with supporters in Washington on Friday, then fly to Florida for a campaign rally near Orlando.

Hicks traveled with Trump aboard Air Force One to and from the presidential debate in Cleveland on Tuesday and to a Minnesota rally on Wednesday. She felt poorly in Minnesota and quarantined aboard the presidential plane on the way home, according to people familiar with the matter.

First, of course we hope for the best and wish everyone a speedy and uneventful quarantine and/or recovery. Ms. Hicks will undoubtedly be missed during her convalescence. The White House will assuredly do the proper contact tracing, and hopefully everyone who might have been exposed will be notified and quarantined properly.

Politically, this is a curve ball for Trump. He will undoubtedly get sympathy for his situation from supporters; his critics will not wait long to claim vindication about their warnings regarding mass rallies, personal appearances, and so on. Trump’s attempts to talk down those risks will get new scrutiny and criticism, which won’t do much to help Trump on one of his bigger vulnerabilities in this election.

It’s a tough time to get knocked off the campaign trail, too. Trump had hoped to keep pressing in order to maintain that energy advantage over Joe Biden; now he will be limited to the same kind of Zoom calls that Biden’s been using for the last several months. Unless Trump actually gets sick, that just evens out the playing field a bit. Will Mike Pence pick up the slack by staying on the road, even if he doesn’t have to quarantine? Or will he decide to stay close to play it safe for continuity-of-government reasons?

These are legitimate concerns, although they’re not the highest priority concerns. Prayers for everyone impacted, and hopefully everyone will emerge healthy and strong for the final weeks of the campaign. For now, the top task is to stay healthy.

Former Hunter business partner: I’ve got the smoking guns, and I’m going to the FBI

Joe knew the details of Biden family businesses, “at least at a high level.”

Yeah, looks like Rudy got a bad rap for that “Borat” scene

If you don’t know what “coyotes” mean in border control …

“But you were there just a short time ago and you guys did nothing.”