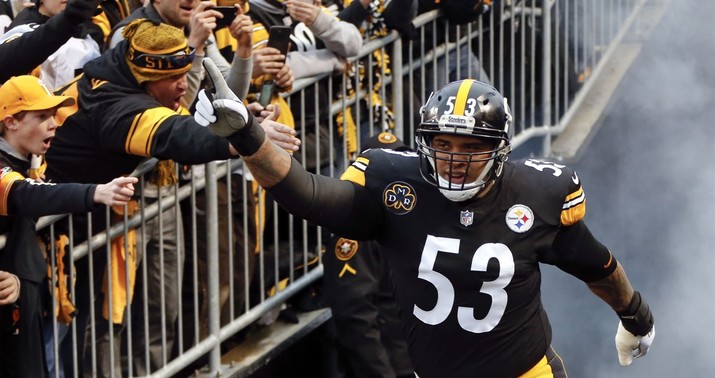 Jason Whitlock may or may not be a conservative, but the black sports journalist certainly doesn’t follow along with the crowd. Writing at Outkick, his platform with Clay Travis, the former Pardon the Interruption co-host rips into the narratives being launched by Black Lives Matter and celebrity athletes and attorneys about law enforcement. The so-called Criminal Justice Movement being adopted by the sports and celebrity industry is nothing but a “cash grab” by the already-wealthy, and puts more lives in danger than bad policing does:

Given the hyperfocus regarding landing “on the right side of history,” let me take the first crack at defining the history being forged by Black Lives Matter, Colin Kaepernick, Lebron James, Nike and their media sycophants.

The intense fight for the rights of criminal suspects resisting arrest is really just a cash grab by Democratic politicians, Nike and athletes, celebrities and journalists seeking social media influence.

It’s not just the celebrities cashing in either, Whitlock argues. He calls Ben Crump, the attorney representing Breonna Taylor’s family as well as Jacob Blake, a “hearse” chaser. Whitlock especially objects to this tweet from Crump featuring a particular message from Blake, who got shot by police who were called out by Blake’s ex-girlfriend for violating a protective order:

#JacobBlake released this powerful video message from his hospital bed today, reminding everyone just how precious life is. #JusticeForJacobBlake pic.twitter.com/87CYlgPDBj

On September 8th, Crump tweeted out a “powerful” message from Jacob Blake that summarizes the Criminal$ Justice Movement.

“Change y’all’s lives out there,” Blake said from his hospital bed, “stick together, make some money, make things easier for our people out here.”

The “cash grab” is one thing, but Whitlock argues that BLM and its allies in the media are putting people’s lives at risk. Whitlock, who lost a cousin in a police-tasering incident, warns about the consequences of the impunity toward law enforcement these false narratives and exploitation create:

In fact, the “awareness raising” actually promotes a more dangerous climate. Criminal suspects are being told by athletes, celebrities and the mainstream media that they have the right to ignore police instruction. Resistance is good.

The Criminal$ Justice Movement and its primary policy push — defund the police — have predictably emboldened criminals. Violent crime is elevating in high-crime neighborhoods and police are reluctant to aggressively police those areas.

All while Kaepernick and Nike cash in and financial donations pour down on Democratic voter drives. Everybody is using George Floyd’s death to make it rain. His memory is used to hype NFL and NBA games, power ad campaigns for podcasts and YouTube shows, leverage media members for promotions and, most importantly, fuel left-wing political funding.

Justice is not being sought. Cash and power are.

At least a couple of athletes have begun to dissent from the narrative. The Pittsburgh Steelers chose to put the name of a police shooting “victim” on their helmets this season as their contribution to social justice. After lineman Alejandro Villanueva chose to honor a deceased Iraq War soldier instead, fellow lineman Maurkice Pouncey took a second look at Antwon Rose’s case. Pouncey concluded that the team hadn’t been told the full truth about Rose:

Writing separately, Outkick reporter Joe Kinsey explained how activists had all but erased the fact that Rose had been shot after conducting a drive-by shooting of his own:

“On the night of June 19, 2018, the car Antwon Rose Jr., who is black, was a passenger in was pulled over by the East Pittsburgh Police. While the driver was being handcuffed on suspicion of being involved in an incident that happened earlier that evening, a frightened Rose fled from the car, Teresa Varley wrote on Steelers.com. “The cell phone video a bystander captured showed Rose running, and then you could hear gunshots and see as he was fatally shot in the back three times by a white East Pittsburgh Police Officer.”

The Steelers failed to mention deeper details surrounding the case such as the victim in the drive-by “incident” told investigators it was Rose who shot at him. “The beef was between me and him, that car came by, he shot me, I ran to the store,” William Ross told investigators referencing Rose. Police also found a 9-millimeter handgun magazine in Rose’s pocket. A loaded 9-millimeter Glock was found under the seat with 16-rounds in a 17-round magazine. Police also stated gunshot residue was found on Rose’s hands.

Officer Michael Rosfeld was handcuffing the driver — later determined to be a jitney (unlicensed cabbie) — when Rose and Zaijuan Hester, who was in the backseat and used a .40-caliber Glock 22 pistol during the drive-by, took off running from the East Pittsburgh officer. Rosfeld shot Rose. The police officer testified that he thought one of the teens had turned and pointed a gun at him.

Whitlock recounts this in today’s column, and adds that “Black men in Pittsburgh were far more likely to be hunted and shot by Antwon Rose than any Pittsburgh cop.” Furthermore, Whitlock writes, any media outlet could easily have fact-checked the Steelers’ victimhood narrative at any time. Why don’t they choose to report the facts rather than allow activists’ false or at least incomplete narratives to stand? Because they’re in on the hustle themselves, Whitlock concludes, specifically calling out his former employer ESPN for “paying and promoting the employees willing to stir racial animosity, demonize the police and support the Criminal$ Justice Movement.”

Be sure to read it all, and maybe follow Whitlock’s Twitter feed, too. He’s been getting predictable flak over his argument, but Whitlock’s not in the mood to retreat — although apparently at least one of his critics, ESPN contributor Rikki Soumpholphakdy, felt retreat was necessary.

And you prove it takes only 9 words to say "I'm too stupid to make a substantive argument." Dude, I'm not the one of the cowards you work for at ESPN. Go play your race card with them to hide your lack of intellect. Doesn't move me. https://t.co/XLj9haelSp

Governor Gretchen Whitmer: If You're Tired of Masks and Wish You Could Go Back to Church, Vote for Biden