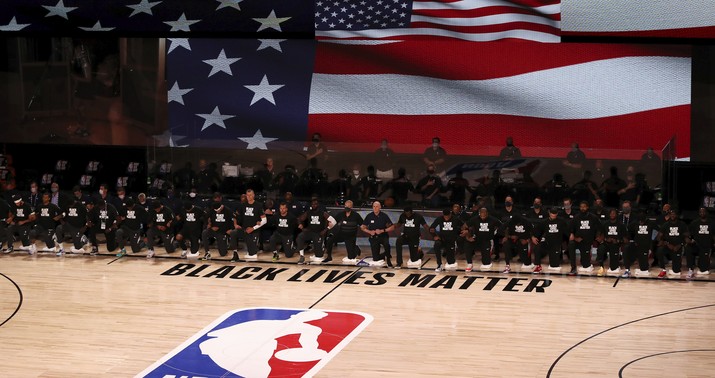 Quarantined America practically handed the sports leagues a captive audience, as the nation thirsts for entertainment. Major-league sports should have had a wild response, with its unscripted action and athletic feats. And in fact, both the NBA and Major League Baseball got off to pretty decent starts. The NBA scored its second-highest ratings of the season in its Thursday re-opener:

A thrilling showdown between the Los Angeles Lakers and the Los Angeles Clippers drew 3.4 million total viewers, more than doubling the network’s average viewership for a regular season telecast. To put that number into perspective, that represents the eighth most-watched game of the NBA season so far and the least-watched of the Lakers and Clippers’ four match ups in the 2019/20 season to date. However, it is also worth mentioning that the opening night game was exclusive to TNT, whereas the audience for Thursday night’s encounter was diluted slightly by the fact it aired on multiple affiliate networks across the country.

The two L.A. teams’ Christmas game drew a whopping 9 million total viewers for ABC and ESPN. Last night’s game was TNT’s second most watched of the season, behind the first Lakers-Clippers game of the season from Oct. of last year.

MLB also got off to a fast start:

Four million people, on average, watched the New York Yankees beat defending champions the Washington Nationals on Thursday in the first game of a season delayed by four months due to the coronavirus pandemic.

It was the biggest opening-night audience on record, at more than triple the number of people who tuned in for the first game of the 2019 season, ESPN said in a statement. Overall, it was the highest-rated Major League Baseball game on any network since 2011.

After the initial welcome-back, however, fans have apparently walked away. A week later, MLB games are struggling to break into the seven-figure viewer range, and the NBA isn’t doing all that well either (via Breitbart’s Warner Todd Huston):

MLB really fell off after opening day. In general, both leagues aren't getting the audience one might expect from a nation that's been deprived of entertainment for months https://t.co/GazeoR9SNB

The overall ratings for all television shows are not yet available, but Outkick’s Strauss noted that none of this compares well with the ratings for a golf exhibition last May:

You could chalk sagging interest up to pandemic conditions, but 5.8 million tuned in to watch Tom Brady hit golf shots into the woods https://t.co/vIPxNc1uDi

Huston writes that the actual final numbers for “The Match II” with Brady, Phil Mickelson, Peyton Manning, and Tiger Woods “peaked at an amazing 6.3 million viewers.” For the latest week of prime-time numbers we have from Nielsen — the week of June 15th — that would have made the top 10 despite being played in the daytime.

These NBA and MLB sporting events took place in the evenings, for the most part, and none of them except their openers would have cracked the top 10 — even though four of those on Nielsen’s list were reruns that week. The lowest number of viewers on that list from June 15 was 3.859 million viewers for a repeat of “The Neighborhood.” That rerun drew more than twice as many viewers as tuned in to see the NBA, and almost four times as many as those who tuned in to see a prime-time Brewers-Cubs game.

So what gives? Why aren’t viewers tuning in to see live sports at anywhere near the levels that they watch lame sitcom reruns? Perhaps all the rules changes necessary to restart both leagues have put off viewers, but sports fans have been so starved of real competition that, as Strauss pointed out, they practically stampeded to watch Brady and Manning play exhibition golf. The audience is there, but the two leagues aren’t attracting them. Why?

As the NBA and MLB return from their coronavirus-imposed hiatus, it appears TV viewers are not interested in what the increasingly woke leagues have to offer.

With both baseball and basketball draped in all sorts of Black Lives Matter and social justice symbolism for their opening games, a substantially smaller number of fans tuned-in to the rest of the week’s games.

Sports fans enjoy the games but apparently not the lectures … especially, in the NBA’s case, from a bunch of China-stooge hypocrites lecturing on human rights. When it comes to the NFL’s anti-Semitism hypocrites on hatred, the outcomes are likely to be very, very similar.  If sports fans want to watch demonstrations and endure fatuous sloganeering, they can watch their local news every day. If they want to be entertained, well, there’s always a “Young Sheldon” rerun (4.9 million) to watch. That character is one of the more annoying leads in TV history, but at least he’s not lecturing the rest of us on freedom and justice while taking the sweet, sweet Chinabucks.

Update: Are we comparing national apples to regional oranges? Jason Cooper believes so, and he has a point:

What you need to remember about the MLB numbers is that the first night they were the only games on in the country. Since then every team is on tv on their regional networks. You should be looking at those ratings.

That’s true, although I think the prime-time games were broadcast more nationally. However, the exhibition golf match (played in daytime) showed a massive amount of pent-up demand for sports on television. It’s pretty fair to say from these numbers, even for regional games, that the leagues are leaving a lot of that demand unmet. And don’t think advertisers aren’t going to notice.