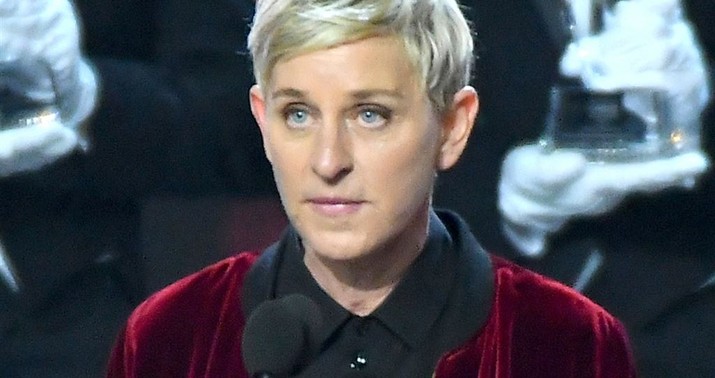 Being asked to join the control room inside The Ellen DeGeneres Show is a coveted spot in Hollywood, but according to dozens of men and women who work behind the scenes, the office is a place where sexual harassment and misconduct by top executive producers runs rampant.

One ex-employee said head writer and executive producer Kevin Leman asked him if he could give him a hand job or perform oral sex in a bathroom at a company party in 2013. Another said they separately saw Leman grab a production assistant’s penis.

In May 2017, another former employee also said she saw Leman grope a production assistant in a car and kiss his neck.

Nearly a dozen former employees, who range from longtime, senior-level employees to production assistants, said it was also common for Leman to make sexually explicit comments in the office, like pointing out male colleagues’ bulges in their crotches, or ask them questions like, “Are you a top or a bottom?”

Leman issued a categorical denial late yesterday, but he’s not the only one being accused of sexual misconduct. Another executive producer named in the earlier hostile-workplace accusations, Ed Glavin, got “handsy with women,” according to other complaints:

The outlet claimed that dozens of employees understood that Glavin “had a reputation for being handsy with women,” particularly in the control room, where he would use intimidation to control employees.

“You could definitely see the creep factor and the creepy touching. That was out in the open for everybody to see,” said one former employee who also accused Glavin of touching her regularly. “Obviously, no one wants that and no one wants to be uncomfortably touched by someone … but you didn’t want to piss them off or you would be fired, so it was just that culture of fear.”

Another employee claimed that Glavin would ask producers and assistants to sit near him during segments they had worked on and he would touch them inappropriately in front of nearly 30 people.

“Even though I was being abused [at work] constantly, Ed putting his arm around you in the control room was like the nicest experience you had all day, as messed up as that sounds,” an accuser said. “But you had been crying last night and now your segment is going well … and then you feel like you got credit for something from the executive producer directly. … That friendly banter accompanied by a friendly hand.”

Oof. If this had suddenly emerged out of the blue, it might be easier to credit Leman’s claim that the article was “malicious and misleading,” and a misinterpretation of attempts to write jokes for the show. However, this is just the latest salvo of a series of internal complaints about DeGeneres’ production, and an external complaint as well. Australian media picked up on-the-record reports that DeGeneres had issued diva-esque demands for an interview:

Neil Breen claimed the chat show host had a series of “bizarre” demands when she appeared on his program, the Today show, in 2013.

Neil claimed Ellen was initially supposed to co-host the Today show during her 2013 tour of Australia, but this plan was repeatedly changed by her team.

“The producer called us aside and said, ‘Now Neil, no one is to talk to Ellen. You don’t talk to her, you don’t approach her, you don’t look at her,'” he said.

Neil, who now hosts his own show, claimed Ellen’s staff were the only ones allowed to interact with her.

He alleged that they “walked on eggshells” around her and laughed so loudly at her jokes during the interview that he had to tell them to keep it down.

That’s an odd way to deal with other people in the media, but it’s also not entirely unheard of, either. (When you work in radio, you get to hear some fun stories about guests and hosts, most of which are impossible to verify.) The volume of complaints now cascading out of the Ellen production shows that something is definitely wrong there, even if it may not be quite as bad as it sounds.

We should wait to hear more about the specifics before jumping to any conclusions, of course. However, that hasn’t always been the standard applied to productions and broadcasters, and it will be very interesting to see if that same standard gets applied to DeGeneres now.