Will Biden, Dems “abolish the suburbs” if elected? 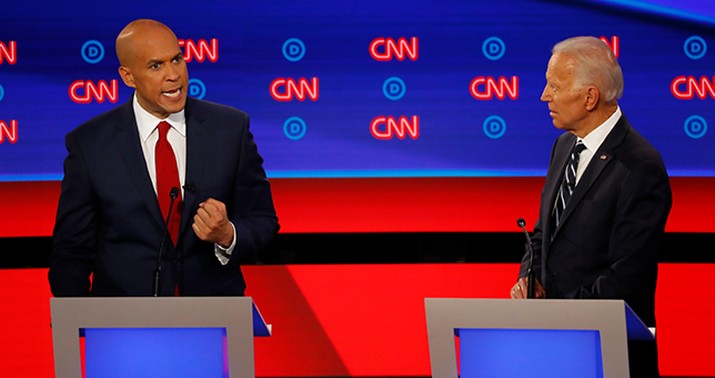 Want to win the suburbs back, Republicans? Perhaps the first step is to keep them from becoming like the nearby cities and their meltdowns this spring. Team Trump has taken a broad aim at Joe Biden and Democrats, mainly on issues of character and competence, but last night Donald Trump himself sent up a flare on a real and suddenly urgent policy issue that could have significant implications in November:

At the request of many great Americans who live in the Suburbs, and others, I am studying the AFFH housing regulation that is having a devastating impact on these once thriving Suburban areas. Corrupt Joe Biden wants to make them MUCH WORSE. Not fair to homeowners, I may END!

For those who don’t recall, AFFH stands for the Obama administration’s Affirmatively Furthering Fair Housing regulation at Housing and Urban Development (HUD). The program rolled out in the second term, and it aimed to “diversify” the suburbs. In reality, it aimed to increase population density by limiting single-family housing through zoning restrictions, making the suburbs nothing more than carbon copies of their nearby urban cores.

For some reason, this program has flown under the radar during Trump’s tenure and Ben Carson’s leadership at HUD. One imagines that it didn’t get any enthusiastic enforcement or spread either, but it’s still around nearly four years after Trump won the presidency. Yesterday, Stanley Kurtz pointed out that Joe Biden plans not just a much more robust implementation of AFFH, he plans to go beyond it to radically transform the suburbs. Kurtz warned that this amounted to nothing more than “abolishing the suburbs,” and that Trump needed to engage on it immediately:

I’ve been studying Joe Biden’s housing plans, and what I’ve seen is both surprising and frightening. I expected that a President Biden would enforce the Obama administration’s radical AFFH (Affirmatively Furthering Fair Housing) regulation to the hilt. That is exactly what Biden promises to do. By itself, that would be more than enough to end America’s suburbs as we’ve known them, as I’ve explained repeatedly here at NRO.

What surprises me is that Biden has actually promised to go much further than AFFH. Biden has embraced Cory Booker’s strategy for ending single-family zoning in the suburbs and creating what you might call “little downtowns” in the suburbs. Combine the Obama-Biden administration’s radical AFFH regulation with Booker’s new strategy, and I don’t see how the suburbs can retain their ability to govern themselves. It will mean the end of local control, the end of a style of living that many people prefer to the city, and therefore the end of meaningful choice in how Americans can live. Shouldn’t voters know that this is what’s at stake in the election?

It is no exaggeration to say that progressive urbanists have long dreamed of abolishing the suburbs. (In fact, I’ve explained it all in a book.) Initially, these anti-suburban radicals wanted large cities to simply annex their surrounding suburbs, like cities did in the 19th century. That way a big city could fatten up its tax base. Once progressives discovered it had since become illegal for a city to annex its surrounding suburbs without voter consent, they cooked up a strategy that would amount to the same thing.

This de facto annexation strategy had three parts: (1) use a kind of quota system to force “economic integration” on the suburbs, pushing urban residents outside of the city; (2) close down suburban growth by regulating development, restricting automobile use, and limiting highway growth and repair, thus forcing would-be suburbanites back to the city; (3) use state and federal laws to force suburbs to redistribute tax revenue to poorer cities in their greater metropolitan region. If you force urbanites into suburbs, force suburbanites back into cities, and redistribute suburban tax revenue, then presto! You have effectively abolished the suburbs.

As dumb as Trump’s decision to pick a fight over Confederacy iconography is, this is even dumber — for Biden. In the first place, Democrats just repaired their fraught relationship with suburban voters, who thundered out of their party in 2010 when Democrats began swinging hard left with ObamaCare. They won their House majority back by convincing suburban voters that Trump is too unstable and disruptive. Now they’re going to repay those voters by turning their communities upside down? That’s insane.

Furthermore, if there was ever a time to argue for greater density, 2020 ain’t it. One key reason why COVID-19 has hammered minority communities so hard is because they tend to live in higher-density settings, where disease spreads much more quickly. At a time when we’re trying to enforce social distancing and mask-wearing, Democrats want to force more people to live on top of each other rather than remain spread out.

Plus, over the last few weeks, suburban Americans got a pretty good look at urban leadership. Do Democrats think those voters liked what they saw? Needless to say, the slogan “Let’s Urbanize All of America” would go over like the proverbial flatus in a place of worship in November.

Of course, Democrats aren’t talking too much about it for that reason, except amongst the progressives. Republicans need to make this much more of an issue, Kurtz argued in his original article. After Trump’s tweet, Kurtz is hopeful that this will become a major domestic-policy argument in the general election, or at least Trump will order Carson to end AFFH:

Now the president’s campaign needs to highlight just how much AFFH will hurt the suburbs, especially once the egregious AFFH regulation is turbo-charged by Biden’s “Cory Booker strategy.” The suburbs hold the balance in this election. Once they find out what Biden has in store for them, you’ll see their voters turn out for Trump.

Congratulations to President Trump for taking on AFFH. Now, if your campaign exposes the Democrats’ anti-suburban plans and ignores the media screams, the suburbs will be in your corner.

This speaks to the persuadables a whole lot better than defending military-base names do. If both the RNC and Team Trump make this a headline issue for the campaign by arguing that suburban voters are about to get steamrolled into urban control, it’s possible that the resulting turnout might get Democrats booted out of their House majority, and perhaps kill their hopes for control of the Senate too. And if Trump can stay focused on these kinds of slam-dunk policy issues rather than flex muscles on demagogic stuff like the Confederacy, he might even get his landslide.