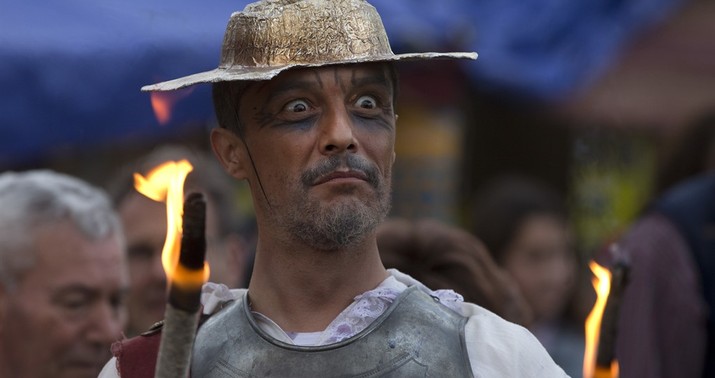 Good luck with that. Now that impeachment has failed to dent Donald Trump where he’s weakest — on his comportment — Democrats have to find another strategy before November’s elections. Politico reports that Nancy Pelosi and other party leaders have a new project in mind. They will attack Trump where he’s strongest by convincing voters that the economy is much poorer than they think.

Let Operation Us Or Your Own Lying Eyes commence!

Speaker Nancy Pelosi is looking to make a sharp pivot ¨from the heated politics of impeachment and lash President Donald Trump in another key area: the economy.

In a series of private meetings this week, Pelosi has all but explicitly told her members that with the election just nine months away, it’s time for Democrats to shift the spotlight away from the Ukraine scandal and other controversies ensnaring Trump.

To further underscore that point, Pelosi hosted a special speaker’s meeting on Tuesday with a top Obama economics adviser to explain to Democrats why the economy isn’t actually as strong as Trump claims and how they can message that to voters. …

“Impeachment didn’t move the needle … so continuing to focus on that target, you’re not going to convince anyone at this point,” said Rep. Ron Kind of Wisconsin, who represents a Trump-district.

It’s not as if Democrats have a lot of choice in this strategy. Presidential elections get won or lost in voters’ wallets more than any other part of their lives. James Carville’s famous exhortation that “it’s still the economy, stupid” remains in force more than ever, and Democrats will have to fashion some kind of economic message to remain competitive.

Unfortunately for Democrats, that means fighting a battle on turf that Trump dominates — and not just because of his relentless messaging. Americans feel better than they have in years about the economy and their own lives in it, Gallup reports today:

The current results, from a Jan. 16-29 Gallup poll, echo record highs, measured earlier in January, in Americans’ satisfaction with the way things are going in their personal life and in their assessments of their personal finances.

The party gap on these numbers is also the widest it’s been in decades, too. In previous incumbent-reelect cycles, the highest number had been 2012’s 33 points. In this poll, it’s sixty points, with 89% of Republicans believing they’re better off now, and only 29% of Democrats agreeing. However, 60% of independents take the more optimistic point of view, which is the highest number among independents in any cycle since Gallup started polling on the question in 1992. By ten points.

Pair this up with Gallup’s similar survey last week which also focused on finances but on a year-to-year basis. Americans felt better off than a year earlier 59/20, a record high in the 41-year history of this survey series. The 20% figure was also a record low in the series, with the only other result over the previous four decades to come close was the 58/21 result in 1999 — in the middle of the dot-com boom. On financial futures, the number of Americans anticipating better results next year hit a new series high of 74/12.

Optimism reigns supreme, in other words. Until something significant happens to dent that optimism, any debate over the economy will only serve to strengthen Trump’s argument to stay the course. If Democrats want to throw him in that briar patch, Trump might not even feign a protest at it.