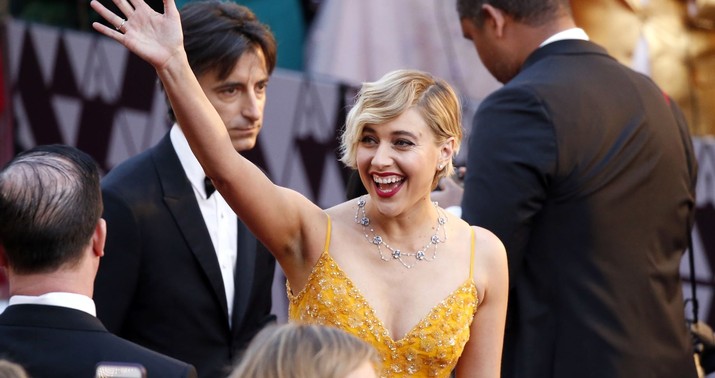 Do rave reviews and $107 million at the box office usually qualify the director of a costume drama for an Academy Award nomination? Er, yeah, maybe, especially when the film itself gets a nod for Best Picture and five other categories to boot. Unfortunately for Little Women director Greta Gerwig, it wasn’t enough this year — and the snub has stoked yet another Hollywood-isn’t-woke-enough scandal.

The reaction began as soon as the nominations were announced. Actor Issa Rae pointedly offered her congratulations to “these men,” and referenced Gerwig’s snub later as well:

No women were nominated for Best Director at the #Oscars this year: https://t.co/FWw6kONIiA pic.twitter.com/CWZWxqh2YQ

Variety’s Kate Arthur immediately seized on the snub not only to Greta Gerwig but also to The Farewell‘s Lulu Wang:

Despite having been shut out in the run-up to the Oscars, “Little Women” director Greta Gerwig was still considered a frontrunner for an Oscar nomination, especially with the movie surpassing the box office milestone of $100 million worldwide. Lulu Wang, the director of “The Farewell,” was also thought to have a shot at a nomination.

The percentage of women directors was on the upswing in 2019 — and will be again this year — as calls for sweeping change in the entertainment industry after the Harvey Weinstein reckoning of 2017 have produced tangible results. Beyond Gerwig and Wang, women directed a number of the year’s notable films, including “Hustlers” (Lorene Scafaria), “A Beautiful Day in the Neighborhood” (Marielle Heller) and “Portrait of a Lady on Fire” (Céline Sciamma). For the first time, two movies co-directed by women, “Frozen 2” and “Captain Marvel,” were among the top five box office performers for the year. Anna Boden directed the latter with Ryan Fleck; Jennifer Lee directed the former with Chris Buck. (“Frozen 2” was notably — and surprisingly — not nominated for best animated film.)

Actually, one could wonder why Heller didn’t get a nomination, either. A Beautiful Day in the Neighborhood didn’t get a Best Picture nomination, but Heller did a good job with tricky material, succeeding in packing an emotional punch and keeping the Fred Rogers biopic from tipping over into unintentional satire. That took more effort than Martin Scorsese’s rather pedestrian The Irishman, which is basically every Scorsese mob film wrapped up in a bloated almost-four-hour presentation.

Jen Yamato notes in the Los Angeles Times that the Oscars aren’t the only venue that snubbed female directors this year. Is the problem that male directors don’t watch the films created by their distaff colleagues? Yamato says that’s what “industry insiders” think, anyway:

The 2020 Oscar nominations for best director were announced Monday morning, with all five slots going to an all-male field of nominees — again.

Much like this year’s Golden Globes field and the Directors Guild of America’s top feature award, which both nominated zero women in the directing category, the Academy Awards yet again shut out female helmers from one of its top prizes. …

According to a recent report by USC Annenberg’s Inclusion Initiative, a dozen women directed some of the 100 top-grossing films in 2019, representing 10.6% of all directors. That number was up from 4.5% of directors in the same category in 2018, and the highest percentage since the study began in 2007.

“Recognition from peers and other industry members can provide a critical boost to a director’s career,” the study noted. “The public prominence that can result from a high-profile nomination can also create new role models for aspiring filmmakers or students. Although award recognition comes at the end of a film’s production, the decisions made by notable organizations offer insight into the mental models these groups hold about what it means to be successful, talented, or excellent as a director.”

Well, sure, but isn’t it just as true that box office is usually the metric for those assessments? It certainly seems that way in Hollywood, especially when it comes to traditional studio films. Scoring nine figures at the box office for a many-times-reworked property like Little Women is nothing short of miraculous. Since 1917, the Louisa May Alcott story has come to the big screen seven times, including “a modern retelling” just last year. It’s also been made three times as a TV miniseries, and five attempts as a regular TV series. Wringing $107 million in domestic box office out of it is its own success story, but one has to wonder whether the material made Gerwig appear unnecessary to the process, however unfair that might be.

Nevertheless, Hollywood loves to lecture everyone else about diversity, especially forced diversity, in every area except political thought. The lack of women on the Best Director list might seem odd, but these nominations reflect the tastes and judgment of Hollywood itself. If there’s a diversity issue here, we certainly know where it lies — and it’s not with Hollywood’s customers.

Addendum: The only other remarkable oddity in today’s nominations was that Tom Hanks got nominated for Best Supporting Actor, for playing Fred Rogers in the Fred Rogers biopic A Beautiful Day in the Neighborhood. Yes, it was told through the eyes of a journalist character, but the story was focused on Rogers. Maybe the studio didn’t want Hanks to compete with Joaquin Phoenix?

Update: ABC news ups the ante by noting the monochromatic feel of the performance categories, too:

Women were completely shut out of the best director field, with the five nominations in the category going to Martin Scorsese for “The Irishman”, Phillips for “Joker,” Sam Mendes for “1917,” Quentin Tarantino for “Once Upon a Time in Hollywood” and Bong Joon-ho for “Parasite.”

The 2020 Oscar nominations was also another year in which actors of color were ignored.

Say what? Cynthia Erivo picked up a Best Actress nomination for Harriet, the story of black heroine Harriet Tubman. That’s not exactly being ignored. Antonio Banderas, one of Hollywood’s most prominent Hispanic actors, got a Best Actor nomination for Pain and Glory, too. That may not be a lot of nominations, but it’s 20% of both categories.