The Hill: Obama clearing path for Warren among big-ticket donors 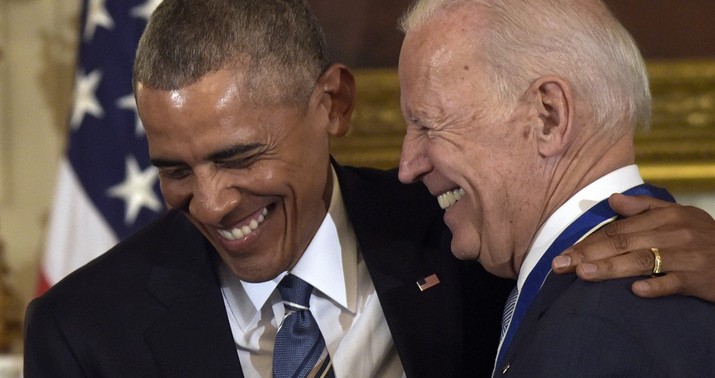 Is Barack Obama part of Elizabeth Warren’s plan? The former president will not endorse anyone in the primary, but that doesn’t mean Obama will remain studiously non-interventionist either. While Warren tries to score populist points with her class-warfare schtick, Obama has been working the big-ticket donor rolls to ready them for a Warren nomination, according to The Hill:

Sen. Elizabeth Warren has spent her campaign railing against the donor class, making it known she doesn’t want their help.

She has publicly bashed millionaires, has sworn off high dollar fundraisers and has refused large checks from Democratic bundlers.

But behind the scenes in recent months, former President Obama has gone to bat for Warren (Mass.) when speaking to donors reluctant to support her given her knocks on Wall Street and the wealthy.

And if Warren becomes the nominee, Obama has said they must throw the entirety of their support behind her.

That’s … the weirdest good cop/bad cop routine ever. Obama had a ton of Wall Street support for his first presidential bid, but Warren’s taking a page out of Obama’s re-election campaign playbook this time. Remember Obama’s attacks on Bain Capital and Mitt Romney for “vulture capitalism”? Obama tried to make the fire-breathing class warrior a part of his administration to attack credit lenders, an effort that Republicans derailed with some difficulty. Those big-ticket donors could be forgiven if this looks more like bad cop/really bad cop to them.

Besides, this is a weird play for Obama now, as opposed to October. Two months ago, Warren had enough momentum to perhaps warrant a little path-clearing by the Democratic Party’s eminence grise for Warren. Now, however, Warren’s plunged to third place, far behind Obama’s old partner in the White House (brown line on RCP aggregate chart):

Speaking of old partners, isn’t this a bit of a no-confidence vote by Obama in Joe Biden? Biden has led polling wire to wire; Warren did come closest to pushing him out of the lead for about a hot second, but she’s not even a cold second at the moment. At one point in the last couple of weeks, Warren had come into close proximity of fourth place, but Pete Buttigieg’s brief flirtation with the top tier appears to have begun to wane now, too. This is a race between Biden and Bernie Sanders, which makes one wonder why Obama’s concerned about clearing a path for Warren — and not his old partner.