Sunday morning talking heads, the Who’s Got The Impeachment version 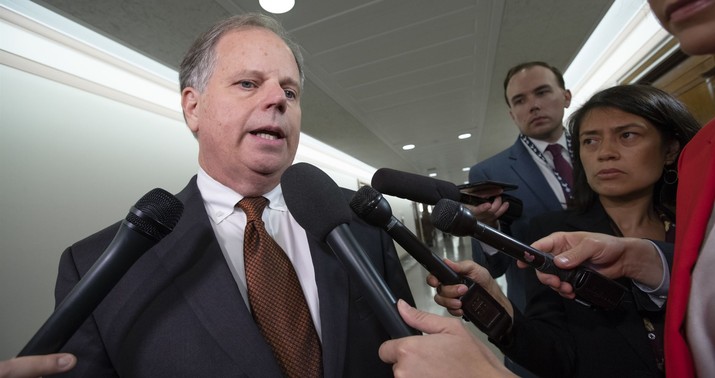 It’s all-impeachment all morning long on the Sunday morning talk shows today, to no one’s great surprise. After a historic week in which the House of Representatives voted to impeach Donald Trump, we’ll have a historic weekend of trying to guess when — or if — they will inform the Senate of it. Lest anyone think the public beating has gone out of style, Debbie Dingell and Christianity Today chief Mark Galli will be on hand to remind us that Trump can be a real jerk sometimes, too.

Is there any hope of escaping impeachment? Maybe, but perhaps only on the panels. Senate Intelligence Committee member Roy Blunt (R-MO) doubles up today and might get asked about the Horowitz report and its impact on reforming the FBI and FISA, but …. that’s kinda impeachy, too. Democratic presidential hopefuls Amy Klobuchar and Cory Booker might have a few things to say about the upcoming primaries; Booker in particular might have some thoughts on Thursday’s debate, for which he failed to qualify. Will he complain about the racism within the DNC and Democratic electorate, or will he just focus on demonstrating his, ahem, impartiality as a Senate juror in the maybe-perhaps-upcoming trial?

The one wild card might be Sen. Doug Jones on ABC, who has to run for re-election next year in Alabama as a Democrat. That’s impeachy too, but at least there’s some drama there. Will Jones take a play out of Elissa Slotkin’s book and claim to be conflicted while planning all along to vote for removal? Or will he try to salvage his all-but-impossible re-election campaign by dropping a bombshell Nay vote pledge? That may be all the suspense we get, folks. Merry Christmas.

Note: Allahpundit is on vacation through next weekend.

Biden: I never said South Carolina was my firewall

Narrator: He totally said it was his firewall multiple times