Is There Really a ‘Gold Bubble’? Maybe Not.

Brett Arends, writing at MarketWatch, refutes the notion that gold is in a speculative “bubble”. He does so by comparing the current spike in gold prices with other speculative run-ups in recent history.

Gold is in a bubble. Anyone will tell you that. They’ve been saying it since gold was about, oh, $500 an ounce.

But it’s a funny kind of a bubble. It’s the only one I’ve encountered where so few people seem to own the asset in question… During the dot-com bubble, you met lots of people with tech stocks. Taxi drivers told you what dot-coms they owned.

During the housing bubble you met normal, ordinary people who were trading up to expensive homes using adjustable-rate mortgages, buying new condos off plan to flip, and cashing out their fictional “equity” through a refinance mortgage.

But who actually owns gold? I keep hearing about the gold bubble, but every time I ask people if they own any themselves, they say, “no, no, of course not, it’s a bubble.”

[The accompanying chart] compares the bull market in gold with the last two undisputed “bubbles,” namely tech stocks and housing. It shows the gold price since 2001, the Nasdaq Composite COMP from 1989 to 2001, and Standard & Poor’s index of Homebuilding stocks from 1995 to 2007.

The picture is pretty remarkable.

If gold is a “bubble,” it doesn’t look like it’s peaked yet. Indeed it looks like it might be just about to enter its big, blow-off phase.

Gold is a quirky investment, to be sure, and I’m about the last person to advise anyone on anything when it comes to financial matters. 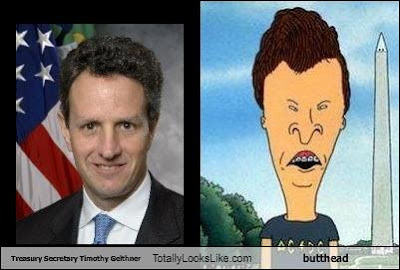 But one thing is certain: the administration’s policy of “Quantitative Easing” (or, as I like to call it, “Quantitative Bankrupting of America’s Future”) has unleashed the Treasury’s printing press like nothing ever seen in world history.

Trillions in cash has materialized from thin air as the Treasury Department issues IOUs and the Federal Reserve purchases them on the open market. Which, by the way, enriches Goldman Sachs (and other so-called “primary dealers”) with tens of millions of dollars in needless commissions each month.

Until the money-printing stops, until the deficit spending is brought under control, and until the dollar is rescued from the most radical administration in American history, I would hold some precious metals like gold.

It’s a hedge against governmental stupidity — and heaven knows we need it now more than ever.

Rep. Ilhan Omar's claim about which of 3 gov't branches has lowest approval is an EPIC FAIL

Trump’s election night party at Trump International Hotel will be canceled, May move to the White House

D.C. Mayor Bowser has an opinion.

Associated Press to bravely explain how they call elections

I’m guessing it has something to do with the votes?