Democrats desperate enough for political leverage they will accuse AG Bill Barr of murder, of course 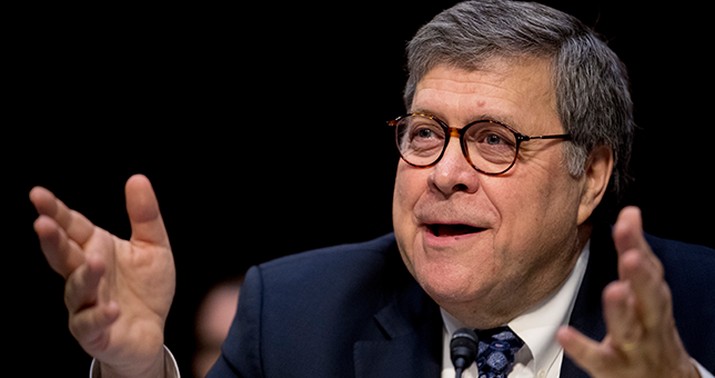 The Democrats on The Hill have been positively vibrating at the opportunity to grill Attorney General Bill Barr in a Congressional hearing for some time, and they have spent the past two days behaving like an ADD-afflicted 10 year old lockup in a pandemic. The expected grandstanding and puffery have been on full display, but these politicians have managed to even outdo not just themselves but the jokesters as well.

Barr has spent the two days letting it be known how clownish the behavior from the Democrats has been, the histrionics so brazen that he was incapable of even answering questions at times. Without even realizing it the Democrat representatives have made their demands to be heard a comedic touchstone, as their repeated calls that they were ‘’reclaiming my time’’ have become a social media punchline.

It is frequently commented that politicians at times are so outlandish that they are ‘’beyond parody’’. Well now we are seeing that they have gone another step further — they are embracing parody as a platform. Watch as this remarkable evolution takes place. On Tuesday one satire account had this impression of the first day of hearings.

We feel what Kristol saw at today’s hearing-

In a contentious hearing AG William Barr was intent on derailing Democrat members in pursuit of facts.
Frequently Barr would interrupt, using his answers to prior questions to interfere with Dem talking points.https://t.co/aAN7sy0KcP pic.twitter.com/nRUl38EYkV

Then on cue, the very next morning we saw Rep. Madeleine Dean basically using that gag as a script. She appeared on MSNBC and claimed that it was outrageous the way Bill Barr was so rude because he … had attempted to answer questions.

Here's the clip of Madeleine Dean's comment about Barr. With Stephanie Ruhle on MSNBC. pic.twitter.com/06ypfPCzo2

What makes all of this all the more risible is the manner the Democrats cannot even see the way they are portraying themselves.

Less humorous but all the more astounding was the exchange that took place between Barr and Florida Representative Debbie Mucarsel. In a hearing ostensibly concerning the DOJ and its sanctioning of federal agents in response to riot conditions across the country Barr had to absorb scathing interrogations on a wide number of subjects. He was riddled with queries regarding the Mueller report, the commuting of the sentence of Roger Stone, the departure of US Attorney Geoffrey Berman, political donations, vote-by-mail issues, and campaign collusion, among others. Mucarsel was no different in this regard, deciding to focus on the response to the coronavirus pandemic in Florida.

What Barr’s involvement would be exactly is not explained by Mucarsel, as she sought to establish blame on Florida’s governor Ron DeSantis. Yet in her strained effort the freshlady representative made a rather amazing accusation.

This was such a garish display that Republicans on the panel reasonably demanded that the accusation of Barr and Trump being behind the deaths of citizens be struck from the record. Of course the word ‘’reasonable’’ does not frequently collide with the name Jerry Nadler, and the head of the committee joined his colleagues in the technique of talking over others and blocking the request, so the accusation has been allowed to stand on the record.

This tasteless display not only follows suit with the Democrats during this hearing but it is also illustrative of Mucarsel’s desperation. In her region in South Florida she is facing competition from current Republican Miami-Dade Mayor Carlos Gimenez, whom she is shown to be trailing in polls. Her slight victory in 2018 was something of an upset in the GOP-favored district, and this kind of showboat performance is a sign of desperation.

It is a desperation being displayed by her party on a large scale.