Celebrities more out of touch than when on screen, in favor of defunding police against fans wishes 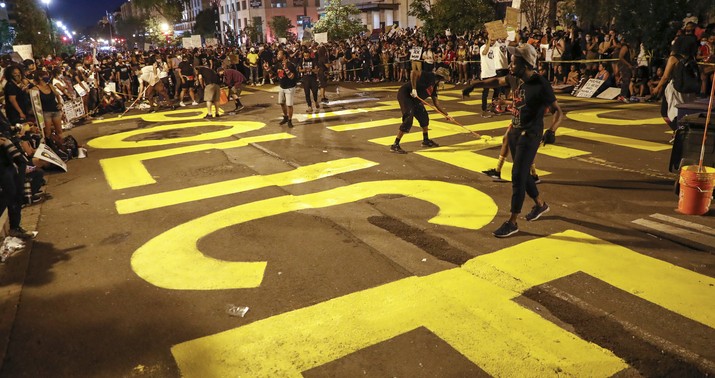 They want us to go unprotected, they say behind bodyguards in gated communities.

It has only been a few weeks since the calls to ‘’Defund The Police’’ have been made by activists in these days of perpetual protests, but already the vacancy of this call to disarm has been seen. In Minneapolis and other cities buildings smolder as authorities were told to stay back. Seattle turned over a section of its downtown to occupiers without police oversight and it led to half a dozen shootings and the deaths of two POC individuals, and New York City has all but handcuffed its police force only to see the murder rate has skyrocketed.

One other less violent indicator of the idiocy behind this demand is that an expanding list of celebrities are backing the cause. Insider.com has been keeping a running tally of the privileged and famous who have signed onto an open letter calling for the defunding or outright removal of police forces in this country. It is more than social posturing or virtue-signaling by these luminaries; it is both tone deaf and a massive blindspot, as communities are becoming wracked by violence and citizens are calling for more police assistance.

Another effort going out is dubbed ‘’The Breathe Act’’, created in memory of the George Floyd death, it demands money for police forces be allocated to other social issues. It too has drawn a lengthy list of celebrity endorsements. These posturing moves follow the number of famous names who donated money after the Minneaopolis riots to help bail out those arrested for rioting and other legal infractions. That they chose to give monetary support to the criminal element and not the victims was a jarringly bad piece of optics.

Now the famous are on the opposite side of the public. While there is this push to end the influence of the police the general public wants more. A recent poll asked what people thought of the idea of defunding the police. 42% said they wanted funding to remain in place, and an additional 31% said more funding was actually needed. That is a stunning rebuke of the efort; three quarters of those of those polled disagree, and more people actually demand increasing money for police than agree with celebrities.

This has followed a trend seen over the past decade where the social influence of the celebrity set has been waning. After lending enthusiastic support to many of President Barack Obama’s policies Hollywood seemed in unison behind the passage of Obamacare. The issue — more of the voting public opposed it. The law was essentially forced into passage, and as a result many have been shackled with diminished care and higher premiums. People seemed to stop listening to our nation’s royalty with the same level of devotion.

After numerous videos were sent out to promote Hillary Clinton she ended up losing the election, and the stream of celebrities who came out to rage about Trump and insult his supporters saw the gulf continue to widen. This spring, as the coronavirus was broadening a celebrity video came out that was intended to make us all feel better, and instead of good cheer the effort was mocked and derided. Just recently another batch of actors came out with a video to lend support to the Black Lives Matter response and the ridicule was heard across the land.

Now as these perpetually protected are demanding that you and I fend for ourselves they are being roundly ignored. Maybe if these same voices were not so loudly opposed to the concept of us having a gun for our protection there could be some kind of dialogue. Instead, the masses are hearing the message of ‘’Just let them wear Kevlar’’, and we simply hit the MUTE button.