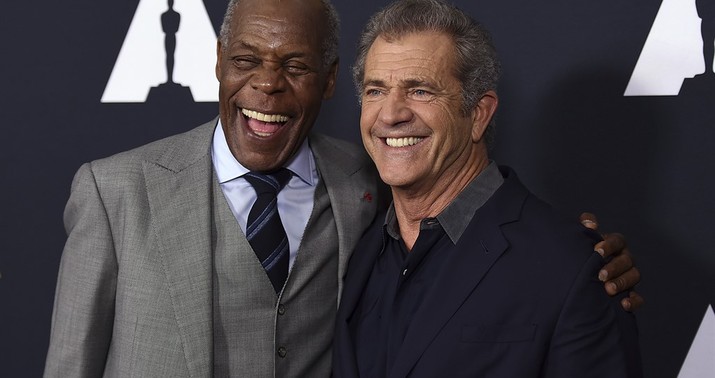 Complain some more, the producers love it.

Coming out on DVD and VOD tomorrow is a brand new Mel Gibson film, ‘’Force of Nature’’. I covered this release about one month ago when an initial swell of outrage was heard. It was a ridiculous batch of distemper back then, but since that time we have had our society swept up in an altogether larger upheaval — and Mel and his unreleased movie are in trouble all over again.

At the Daily Beast Nick Schager is in full throated outrage at just about every conceivable aspect of this release, starting with its stars. We do not even get into the body of the article and already the charges are thrown. Gibson is called a ‘’Racist anti-Semite’’, and co-star Emile Hirsch is called ‘’a woman strangler’’ in the sub-headline. If only those were the extent of the crimes in this film. Nope, Schager has a laundry list of grievances to be discovered.

There are trigger-happy violent cops, racist overtones as white cops have to save blacks, violent Latino villains, misogyny, exploitation of a hurricane, and a Nazi descendant portrayal. Gibson’s character, described as a ‘’Blue Lives Matter creep’’, is shown to be just like Gibson allegedly, an outward racist who is intolerant towards the locals — except those he rescues, we presume.

This is sounding like some Grade-A 1970s drive-in material!

The first delivery of anger in May, came from the island of Puerto Rico. Ah, slight correction; it came from former residents here now in the states, as more are residing on the mainland these days than down island. The film concerns the island being set upon by a category-5 hurricane, and during the storm a group of criminals storm an apartment complex to recover the goods from a heist that have been stashed. Gibson plays a retired cop who lives in the complex and all sorts of action and intrigue ensue during the tempest.

What rankled people allegedly was that it was racist to have the main hero in Puerto Rico shown as a white man, that the criminals were Puerto Rican, and it was insensitive to show a hurricane hitting the island so soon after the island was hit by a hurricane. I have it on good authority from a resident friend that there are plenty of Caucasians on the island. They also inform me that the island is not crime free ergo, there are criminal Puerto Ricans to be found there — many are in political office.

The most amusing part, from my perspective, was that people complained that an American production dared to come down and shoot a movie on an island that is still in economic recovery. Ignore the millions the production sank into the community — this was offensive! The obliviousness was the real amusement. The people complaining about ‘’Americans’’ daring to arrive seem to have forgotten that Puerto Rican residents are American citizens themselves. These are the times we exist in; racism is a malleable accusation.

That a disposable direct to rental title can elicit this much anger and be seen as some kind of cultural threat is pure amusement. So is the fact that, once again, we see those on the left becoming the torches and pitchforks crowd looking to stifle and eliminate art. What makes it even more hilarious is that in course of calling Mel Gibson a Nazi they are the ones wanting to kill off offensive art in Fascist fashion.