AOC: I thought I was going to die during the Capitol riot 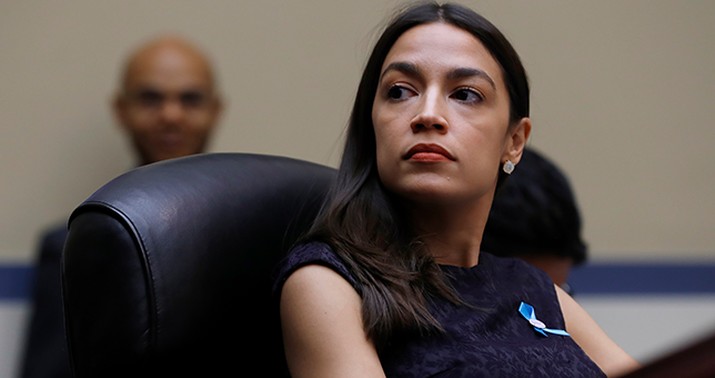 Political Twitter was aflame with takes about this last night as it aired on Instagram and political media is cooking with stories about it today. This nine-minute chunk isn’t all of it but it’s the key bit. Carve out the time to watch, then read on.

AOC recounting her horrifying experience hiding in her office during the insurrection.

“I thought I was going to die…I have never been quieter in my entire life.” pic.twitter.com/t2P6FU3mFU

Most of the commentary afterward was sympathetic but Zaid Jilani made a trenchant point. Ocasio-Cortez seems to be reading an awful lot into the cop’s motives based on the fact that he was agitated when he approached her, no? Maybe she’s right that he was “hostile” — but he did in fact help rescue her from a dangerous situation. So while we’re processing her trauma, maybe we’ll spare a thought for his too:

If either claim was true, then arrests should be made. If the claims are false, an MOC is making inflammatory conspiratorial assertions.

Has it ever occurred to AOC that the thousands of police officers injured in riots from 2020 to 2021 ever suffered any trauma? I'm sure her experience was scary. Officers being bludgeoned with sharp objects, and in some cases killed, is also scary.

By June 2020, just a few days into the summer of riots, hundreds of police officers in NYC had been injured, one was hit by a car. Not one statement about these human beings' dignity or worth. Is that the progressive movement now?

Other criticism was less trenchant. Some groaned that she’s overexposed (true) and that her Instagram clip would doom us to yet another gushy news cycle about America’s socialist sweetheart. Others complained that it was emotionally manipulative for her to reveal that she’d been sexually assaulted in the past (a part not featured in the clip above) and to use that as a “cudgel” against her opponents. “When we go through trauma, trauma compounds on each other,” said Ocasio-Cortez, explaining that her assault made her experience of the riot even more of an emotional ordeal.

However manipulative that may have been, the point she was making in bringing up her assault was correct. Too many Republicans in Congress have failed to treat the attack on the Capitol with the gravity it deserves. Given her high public profile as an archvillain in populist media, it was perfectly reasonable for her to fear for her life when she heard a man in her office screaming, “Where is she?” And if she was afraid for her life then, why wouldn’t she also think back to another moment when she may have been afraid for her life? If it makes people like Ted Cruz and Nikki Haley who want to “move on” feel uncomfortable to be reminded that some of their colleagues narrowly avoided being murdered by a crazed mob of putsch-minded Trump fans, well, good. It should.

“These folks that tell us to move on, that it’s not a big deal, that we should forget what’s happened or even telling us to apologize, these are the same tactics as abusers,” Ocasio-Cortez said. “This is not about a difference of political opinion. This is about basic humanity.”…

What they are saying is that “‘I would do it again. I don’t regret it at all.’” she continued. “If that’s their stance, they continue to be a danger for their colleagues.”

She claimed elsewhere during last night’s video that she’d had a “volatile” encounter with a group of Trump fans in D.C. en route to her car two days before the Capitol riot and that she’d been warned by colleagues to be careful on certification day. She was obviously a high-value target. A mob that was chanting “Hang Mike Pence” and contained people who “were looking for Nancy to shoot her in the friggin’ brain” was a real threat to the far left’s most famous young politician. If Cruz wants to say that he bears no moral responsibility for encouraging that mob by doing exactly what they wanted, giving them hope that Trump might cling to power after all by blocking Biden’s certification, that’s fine.

But it’s not fine to wave off basic, basic, basic accountability for what happened in the form of an impeachment trial by saying “move on.” At least pretend that you think there should be some trivial consequence for the president after inciting fringe lunatics with propaganda about a rigged election for months until they nearly mass-murdered Congress. Go figure that Ocasio-Cortez, having just survived a near-death experience, might be peeved about the fact that her colleagues can’t even pretend.

Katie Porter recounts how she and AOC hid in her office during the Jan. 6 insurrectionist riot.

"I'm a mom. I'm calm. I have everything we need. We can live for like a month in this office. And she said, 'I hope I get to be a mom, I hope I don’t die today.'" pic.twitter.com/efa6ASPOGf