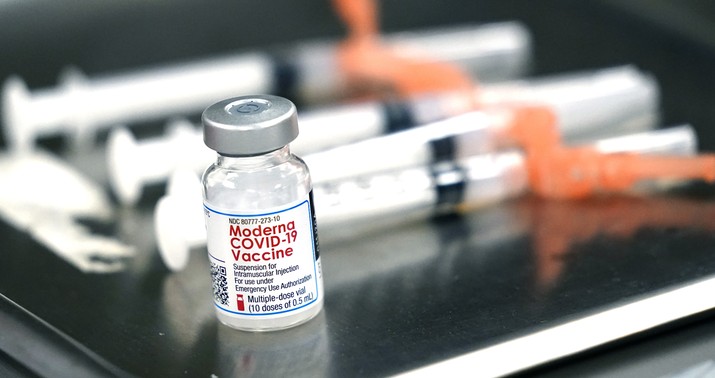 This was expected but it’s still the best news we’re likely to have this week, bright and early on a Monday morning.

Unless, that is, we hear before Friday that Johnson & Johnson’s one-shot vaccine is safe and effective and coming to the market soon. Nothing’s going to top that.

The wrinkle in this announcement is that new strains will continue to emerge and eventually will begin to outmaneuver the current vaccines. Moderna’s already preparing for that. But it means we may face the same seasonal reality with COVID as we face with the flu, an annual booster shot tailored to whichever strain or strains of the virus are most likely to be prevalent over the coming winter.

The South African variant is the one to worry about going forward, it seems:

The two-dose regimen of the Moderna COVID-19 Vaccine at the 100 µg dose is expected to be protective against emerging strains detected to date. Nonetheless, Moderna today announced its clinical strategy to proactively address the pandemic as the virus continues to evolve. First, the Company will test an additional booster dose of its COVID-19 Vaccine (mRNA-1273) to study the ability to further increase neutralizing titers against emerging strains beyond the existing primary vaccination series. Second, the Company is advancing an emerging variant booster candidate (mRNA-1273.351) against the B.1.351 variant first identified in the Republic of South Africa.

One question I’ve had for awhile but have yet to see answered anywhere is how quickly a booster could be brought to market if a new strain appears that resists the current vaccines. I know that a booster could be developed quickly — in something like six weeks, according to BioNTech — but how soon could it be in people’s arms? Are we destined to have another nine-month trial period, replete with testing in phases one, two, and three, or is the study period truncated because we’ll simply assume to some degree that a booster developed from a safe vaccine is also safe? The initial trial period cost us 400,000 lives. How many should we expect to lose during the next one?

As for how well the vaccines are working, let’s check in with the global leader on vaccinations, Israel:

Maccabi Health Services studied a sample group of 50,777 people over the age of 60 inoculated in late December and then again in mid-January. Raw data showed that two days after the second shot, the number of new infections and hospitalizations were both down about 60% from their peak, researchers reported.

Trends began to shift around two weeks from the first dose, according to the analysis Maccabi’s KSM Research and Innovation Center did in collaboration with Israeli computational health researchers KI Institute…

So far about 2.5 million people, or more than a quarter of the population, have received a first dose, with almost a million more getting the second.

If you want to see that in graph form:

As you can see in the top graph, it’s the 60+ age group that’s seen the most dramatic decline in hospitalizations; not coincidentally, that’s the same group that’s been prioritized for vaccinations. Compare these two graphs as well showing vaccinations versus case counts per capita in Israel, the U.S., and the UK:

I don’t think the decline in U.S. and UK cases is due to any vaccine effect. We just haven’t immunized enough people yet to make a dent. The reason case counts are down is more likely due to people who got infected during holiday gatherings over Christmas and New Year’s finally recovering from those infections. For obvious reasons, though, we’d expect less of a Christmas/New Year’s effect in the Jewish state — and yet their cases have dropped precipitously too. Presumably that’s the fruit of their vaccination program. I wonder how much longer it’ll be before their number of daily cases per capita dips below ours.

By the way, the UK vaccinated nearly 500,000 people on Saturday, a number per capita equivalent to around 2.5 million Americans. In reality, we vaccinated about half as many people as that on the same day. Our new president thus far remains wedded to his goal of one million vaccinations per day over his first 100 days. Aim higher, Joe.