Pence letter to Congress: I don’t have the legal authority to block electors 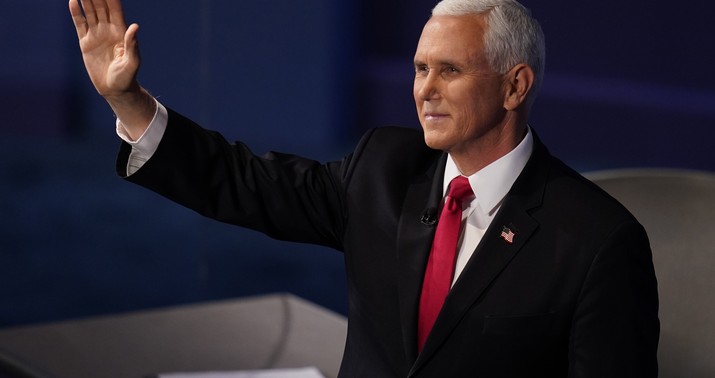 My God, I haven’t seen a turn like this since Darth Vader threw the Emperor into the Death Star’s reactor.

Unfortunately for Pence, this is likely to turn out for him the same way it did for Darth.

Maybe he’ll exist politically from now on the way Anakin Skywalker did — not quite alive but still capable of manifesting before admirers. They’ll trot him out at some Mitt Romney Senate fundraiser in 2024 to a standing ovation from establishment Republicans.

He’s not going to block the counting of the electoral votes today because, uh, he has no legal authority to do so. Congress decides. The VP is just a clerk.

You can read the full letter here. Pence is doing his best to compromise with Trump and MAGA, endorsing the view that it’s appropriate for legislators like Hawley and Cruz to try to block certification of different states’ results under the Electoral Count Act. He’s punting, in other words — which is the appropriate move legally in this case. If the election’s going to be overturned, it’s up to Congress.

The election’s not going to be overturned:

Sen. Josh Hawley just told me at Capitol that his objective today is not overturning Biden's win

For extra drama, Pence’s letter was published right around the time Trump was saying this at his rally:

The rage-tweeting will begin at any moment, presumably. As I’m writing this, the fascist subtext of this coup attempt is turning more overt as Trump fans have attempted to storm the Capitol grounds — really. Two office buildings have already been evacuated. Lawless behavior inside the Capitol during Congress’s session is helping to inspire lawless behavior outside the Capitol:

Whoa: Trump supporters going at it with the police on the steps of the Capitol as Congress counts the Electoral College ballots inside pic.twitter.com/LiQhaa5KkQ

BREAKING: Trump supporters have breached the Capitol building, tearing down 4 layers of security fencing and are attempting to occupy the building — fighting federal police who are overrun

This is the craziest thing I’ve ever seen in my life. Thousands, police can’t stop them pic.twitter.com/VVdTUwV5YN

“Law and order,” MAGA style. The irony is, the worse things get outside the building, the worse it’ll look for Cruz, Hawley, and the rest to press their insurrection inside. Today is already the most disgraceful episode in the history of the Republican Party; if the riot police and National Guard need to be called in to hold back Trump fans from breaking into the building while Cruz et al. continue to whip them up by trying to overturn the results, it’ll become one of the most disgraceful episodes in American history. Cruz and Hawley may have to short-circuit the big “voter fraud” pageant just to try to keep the peace. Stay tuned.

The non-racist Biden administration announces the racist travel bans that racist President Trump took down will instead remain...in non-racist fashion