Chris Christie: I’m not ruling out running against Trump in 2024 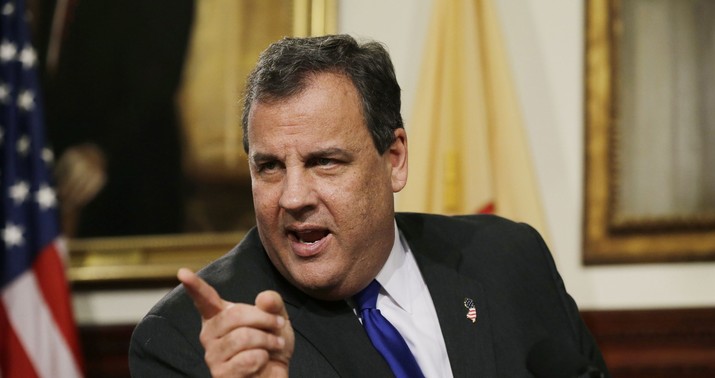 HH: Speaking of which, if President Trump decides to run in 2024, are you ruling out running against him?

CC: I would not rule it out, Hugh.

HH: Well, that would be interesting.

That last line is pretty emphatic. My assumption whenever some former presidential candidate declines to rule out running is that they’re doing it for attention, to keep themselves current lest American politics pass them by. Christie has added incentive to do that because he’s a media figure now. He’s been a contributor to ABC News for the past few years and might be angling to land his own talk show — which, actually, I think he’d be really good at. He’s colorful, obviously tapped in, and occupies an almost singular niche in politics in that he’s friendly-ish with Trump but willing to criticize him bluntly on television.

Is there any other figure like him at the moment? Political figures tend to be either strident toadies or vehement critics of Trump, with no in-between. Christie’s the exception, chummy enough with the president to have helped him with debate prep this year but also candid enough to go on CNN and say stuff like this:

Chris Christie: "Elections have consequences — and this one was clearly won by President-elect Biden." pic.twitter.com/Tv93FqF5bv

The only person like him that I can think of is Geraldo Rivera, and Geraldo’s not a figure within the Republican Party in any meaningful sense. Christie’s no latecomer to attacking Trump’s post-election effort to prove voter fraud either. He was skeptical of it as early as three days after the election and called it a national embarrassment before Thanksgiving. It’s a strange turn for him, especially paired with his unusual come-to-Jesus moment on wearing masks after he recovered from COVID.

What’s he up to? Is he trying to get his own cable show somewhere or is this some “moment of conscience” spurred by his brush with death?

Or … is he actually thinking of primarying Trump in 2024?

Try as I might to come up with a scenario in which that’s worth Christie’s while, I can’t do it. Just the idea that he’d consider running against Trump is apt to piss off the president, ensuring that Christie won’t get his endorsement in 2024 even if Trump ends up not running. The safe play for a Republican when asked if you’re willing to challenge him is to say, “Of course not, he’s a uniquely popular figure and would win easily. But if he chooses not to run…” That’s what virtually all Republican 2024 hopefuls have said when asked about this. They’re staying on his good side, just in case he decides he’s done with presidential campaigns. Which, by the way, he might:

The president has spent days calling a dozen or more allies to ask what they think he needs to do over the next two years to “stay part of the conversation,” according to two people, including one who spoke to the president. And while Trump has told allies he plans to run for president again, he has also indicated he could back out in two years if he determines he’ll have a tough time winning, said three people familiar with the discussions…

Formally running for president would mean a lot of things aides say Trump doesn’t want to deal with: financial disclosure forms, building campaign infrastructure, the possibility of losing again. But simply teasing a presidential run — without actually filing the paperwork or erecting a campaign — gets Trump the attention he needs for the next two years…

“Trump has probably no idea if he will actually run, but because he only cares about himself and his association with the party has only been about his ambitions rather than what it stands for, he will try to freeze the field and keep as many people on the sidelines,” said a former White House aide. “Just for the sake of keeping his options open and, yes, keeping the attention all for himself.”

The chatter as of a few weeks ago was that Trump would announce his 2024 campaign sometime during the lame-duck session or even on January 20, at a rally to counterprogram Biden’s inauguration. But the latest is that he’s putting that off as he sinks deeper into denial about having lost the election, realizing that launching a 2024 campaign would necessarily amount to admitting that he won’t be able to overturn the results on November 3.

A Trump/Christie primary would be interesting even if the outcome were foreordained. It’s not just that Christie is willing and able to slash effectively when he wants to. (Right, Marco?) It’s that they’re both less ideologically orthodox than traditional Republicans. Trump’s 2016 primary victory was the triumph of a nationalist over various shades of Reaganism. That being so, Christie would have to decide whether to position himself as the heir to the Reagan tradition against the usurper Trump, hoping to pick up dogmatic conservatives, or whether to try to sell himself as a smarter, less erratic version of Trump himself. I think there’s more potential in the latter. As Liam Donovan said:

I obviously have a jaundiced perspective on the guy, but my god, even I can see what a wasted opportunity this (all of this) was. Genuinely interesting and productive things were possible and instead you just got the most surreal yet bizarrely predictable goat rodeo imaginable.

That’s Christie’s argument against Trump. Trump understood intuitively that many voters had tired of the GOP’s zombie Reaganism and wanted a more nationalist program. He just didn’t do a very good job achieving it. Christie might sell himself as a younger, smarter Trump with the self-discipline to make an infrastructure deal happen and to wage a trade war with China that doesn’t go nowhere and to do it without 10,000 moronic tweets that make people think he’s half nuts. Trumpism without Trump! He’s even got the New York (well, New Jersey) pedigree.

His problem is that primary voters don’t want Trumpism without Trump. They want Trump. They want culture war, and no one does culture war like the president does. He’s a walking, talking license to hate one’s political enemies and assume the worst about them. No one can match him in that regard so no one stands a chance against him. In fact, Christie’s willingness to acknowledge that Biden won on November 3 is itself essentially disqualifying in future primaries: Given the chance to stick with the team and spin Trump’s defeat as illegitimate and sinister, he told the truth instead. He failed the ultimate culture-war test. He’ll never be forgiven.

And he must realize it, which is why I think this “2024” talk is nothing more than him auditioning for cable news.

Here’s Mitt Romney yesterday on CNN, clear-eyed about the prospects for traditional Republicans like him and Christie within the party in the short and medium terms.

Romney: the Republican Party has strayed from its values and “I don’t see us returning to that for a long time. As I look at the 2024 contenders, most of them are trying to be as much like Donald Trump as they can be.” pic.twitter.com/xZTcPc7WLZ