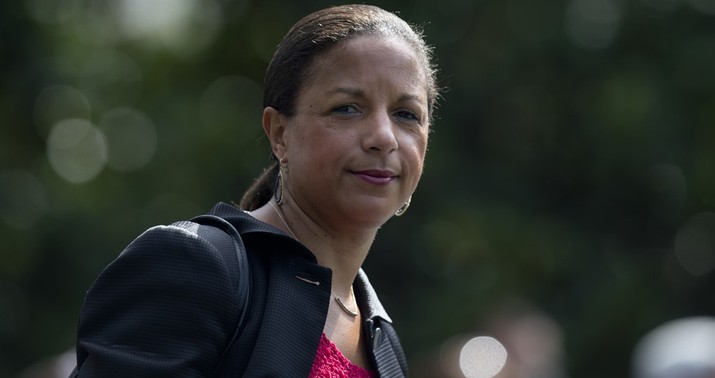 “Sometimes it kind of feels like the Biden team has a list of people they like and a list of jobs they need to fill and they’re just kind of matching them up at random?” writes Josh Barro. It does seem a little random, come to think of it. Susan Rice’s background is in foreign policy, first as Obama’s ambassador to the UN and later as his National Security Advisor, so naturally Sleepy Joe would think of her to lead a council focused on [checks notes] domestic policy?

Likewise for Xavier Becerra at HHS. He’s the Attorney General of California and a former congressman, and for some reason Biden wants him atop the federal health-care bureaucracy. Same goes for Biden’s other nomination this morning, former Obama chief of staff Denis McDonough to lead the VA. McDonough’s background is in national security; he’s a logical choice to head Veterans’ Affairs because … why, exactly?

Even Lloyd Austin is a bit of a headscratcher at the Pentagon. Obviously, as a career military officer, he has more expertise in the agency he’ll be leading than Rice, Becerra, or McDonough does. But as I pointed out yesterday, his most distinguished service came in the Middle East. The chief threats Biden will be facing will come from the Far East, namely, China and North Korea. So what’s Austin doing as SecDef?

It really does seem like Biden is choosing people whom he knows and likes from his time as VP without much regard for their particular knowledge base. One imagines a game of musical chairs among Obama administration alumni with each person getting to lead whichever agency they happen to sit on when the music stops. For all of the criticism of Trump’s cronyist habits, Biden’s cabinet choices feel a little cronyist too, don’t they?

President-elect Biden will name former National Security Adviser Susan Rice to head the Domestic Policy Council, two people familiar with his plans tell Axios — a significant change from her previous roles that would put her in charge of major portions of his “Build Back Better” plan…

The big picture: Rice, 56, a Black woman and former UN ambassador, is a heavy-hitter and trusted friend whom Biden considered for his running mate as well as Cabinet posts. She’s being brought in to elevate the DPC’s stature along with an expansion of staff and resources to guide the U.S. through the pandemic and recovery…

While Rice’s resume is heavy on foreign policy, diplomacy and national security, her biography is steeped in consideration of domestic issues including civil rights, education and economic and racial equality…

In this role, Rice will meet regularly with Biden, sit on the administration’s COVID-19 task force, convene sessions with Cabinet secretaries and formulate and coordinate policies.

Two considerations make Biden’s cabinet choices less random than musical chairs — diversity and confirmability. If Democrats had performed in Senate races as well as the polls expected them to, Rice wouldn’t be shunted off into some low-key position like DPC chief. She’d probably be Biden’s nominee for Secretary of State. But because the Senate will be 50/50 even in a best-case scenario for Dems, she probably can’t be confirmed. He had no choice but to offer her a position that doesn’t require Senate advice and consent. On top of that, he’s trying to satisfy critics who complain that there aren’t enough African-American or Latino members of his administration. And on top of that, he’s trying to reward longtime friends and allies who helped him out in the presidential primaries, like Pete Buttigieg.

That’s how he ended up with Rice in charge of domestic policy, Becerra in charge of health-care policy, and Buttigieg potentially as ambassador to China. They’re all “huh?” picks, but each checks a particular box Biden is eager to check. Clearly he cares less about making sure his nominees are amply qualified for the particular role they’ll play than making sure that everyone who “needs” a job in his administration for a political reason gets one.

Not everyone’s happy about it:

Susan Rice is very smart and deeply experienced…in foreign policy and national security affairs. That's where she should be working. This is an inexplicable appointment. Taken with the equally mysterious McDonough appointment to the VA, I feel vaguely like we're being pranked. https://t.co/VOIVdqWA6r

Learning curves matter especially in moments of crisis when you want your team fully up to speed. I would happily take this Biden cabinet over any team fielded by any recent US president, but I worry too much focus on familiarity may breed problems getting off the mark.

“Several veterans groups were hoping Biden would choose a veteran of the Iraq or Afghanistan wars,” reports CNN of McDonough’s nomination to lead the VA, which is being defended by Team Joe on grounds of managerial expertise. The one group that isn’t being given much consideration in Biden’s diversity push is progressives, and they’re starting to get restless about it:

“The progressive movement deserves a number of seats — important seats — in the Biden administration. Have I seen that at this point? I have not,” [Bernie] Sanders told me.

“I’ve told the Biden people: The progressive movement is 35-40% of the Democratic coalition. Without a lot of other enormously hard work on the part of grassroots activists and progressives, Joe would not have won the election,” Sanders added.

Driving the news: There’s a lot of surprise among outside groups, strategists, Hill members and staffers at Tom Vilsack’s return as Agriculture secretary.

AOC has also been grumbling lately about the dearth of leftists in Biden’s cabinet, telling reporters yesterday, “[W]hen I see all of these picks put together is: What is the agenda? What is this overall vision going to be? And to me, I think that’s a little hazy.” Remember that Bernie has his eye on becoming labor secretary but, again, confirmability might make that impossible. Are there any Republicans willing to vote to put the furthest-left member of the Senate in charge of America’s labor bureaucracy, even if only as a matter of collegiality towards a fellow member? Collins and Murkowski, maybe?

Biden may have no choice but to nominate Sanders at this point in order to appease the left and then huddle with Collins and Murky to see if he can bribe them with anything to get the nomination through. If he can’t get any Republican votes and Bernie ends up being borked, oh well. At least he tried.

By the way, the musical-chairs gambit that seems to have most rankled rank-and-filed Dems this week is Fudge getting passed over for secretary of agriculture. That’s the job she wanted and she has experience as a member of the House Agriculture Committee. Biden buddy James Clyburn lobbied hard for her too, yet somehow Fudge, who’s black, ended up in charge of an “urban” agency while white Iowan Obama retread Vilsack got brought back for the agriculture job. Very strange. Exit quotation from Fudge, speaking last month to Politico: “As this country becomes more and more diverse, we’re going to have to stop looking at only certain agencies as those that people like me fit in. You know, it’s always ‘we want to put the Black person in Labor or HUD.’” That’s exactly what ended up happening.