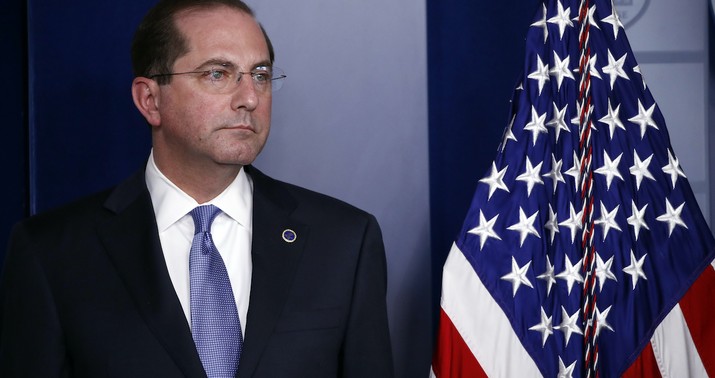 The COVID catastrophe takes precedence over Trump’s go-nowhere election challenges this morning as the Sunday shows turn to health experts on guidance about … something. I’m not sure what. There’s nothing left to say at this point beyond “stay in your home as much as possible,” “wear a mask when you can’t,” and “the vaccine is almost here.” HHS chief Alex Azar will be on “This Week” and “Fox News Sunday” to be quizzed on how much longer FDA approval might take, especially now that the UK has already greenlit the vaccines for emergency use. Moncef Slaoui, the head of Operation Warp Speed, will chat about the same subject with “Face the Nation” and “State of the Union,” as well as the next stage in prioritizing recipients of the vaccine. Does he think senior citizens should go first or essential workers?

Meanwhile, Deborah Birx will appear on “Meet the Press” to futilely plead with the public to take this more seriously now that cases, hospitalizations, and deaths from COVID have each reached an all-time high.

No one who’s attached to the president’s legal effort to overturn the election is booked this morning, continuing a trend on the Sunday shows. Whether that’s because bookers won’t give people like Rudy Giuliani a platform or because more respectable Trump allies aren’t willing to defend the effort — or both — is unclear, but it is what it is. Instead guests will include two Republicans who are in the eye of the storm surrounding the Georgia presidential election and the upcoming runoffs. Lieutenant governor Geoff Duncan will speak with “State of the Union” about the political and human fallout of the demagoguery unleashed on the state by Sidney Powell, Lin Wood, and the president himself while voting systems manager Gabriel Sterling will sit with “Meet the Press” to discuss his rant on the subject earlier this week. Hopefully Chuck Todd will ask him why he insists on voting for Kelly Loeffler and David Perdue when they’ve contributed to the hostility fueling the disgusting harassment of him and his boss, Brad Raffensperger.

Finally, the man who stands to become one of the most powerful politicians in America *if* Democrats sweep the Georgia runoffs will appear this morning to discuss his plans for the country. Joe Manchin is also Todd’s guest on “Meet the Press.” The full line-up is at the AP.