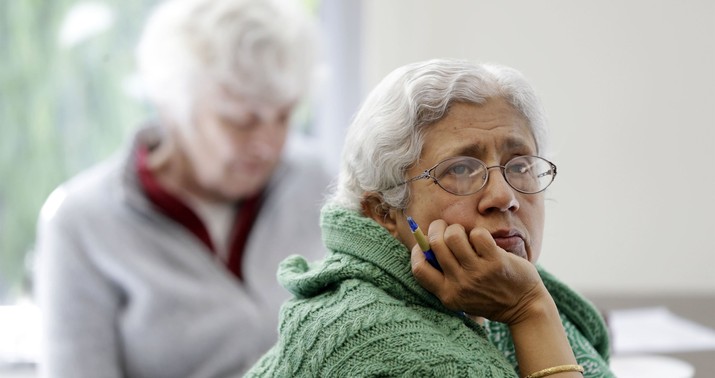 This is a defensible, even noble position to take on the thorny question of how to prioritize recipients of the first limited batch of vaccines, but I think it’s a mistake.

Imagine if you had 25 doses of the vaccine and had to decide how to dole it out at a nursing home with 25 staffers and 200 residents. Who gets the shots? I’d say the staffers should get it even though they’re at lower risk of death than the residents for the simple reason that staffers are the ones bringing it into the nursing home in the first place. If, as scientists hope, people who are vaccinated will be less likely to transmit the disease to others then vaccinating those 25 employees could protect all 200 residents by preventing the virus from entering the premises. With supplies limited, we should focus on maximizing how many lives can be saved with each dose. Vaccinate one nursing-home resident and you’ve saved one life. Vaccinate one nursing-home staffer and you may have saved dozens.

For the same reason, I’d think medical personnel have to be first when the national vaccination program begins. Immunizing them saves lives in two ways: It keeps them on the job so that they can save others and it breaks an unusually high number of chains of transmission relative to the general population. There are few workers in the United States who encounter the virus more often than doctors and nurses; inevitably, despite taking precautions, some of them are going to bring the virus out of the hospital and into the community. (Here’s the story of one doctor in Texas who infected his family, including his infant daughter.) Meanwhile, at the Cleveland Clinic, no fewer than 970 caregivers as of last week were either infected or in quarantine after being exposed to someone who’s infected. Get those people immunity ASAP and the benefits to the entire city will be outsized.

All of this is a preface to this report from Stat about a very important emergency meeting being held tomorrow by an obscure department of the CDC. The Advisory Committee on Immunization Practices is in charge of setting recommendation on who should get the vaccine first and has been weighing its decision for months. They’re huddling on Tuesday to vote. But according to Stat, their preferences and the preferences of top Trump officials don’t match up. Who wins in that power struggle?

STAT has learned that senior leaders in the Trump administration’s coronavirus response are pressing for adults 65 years old and older to be given first access to the vaccine. That approach contradicts the position of a committee that advises the Centers for Disease Control and Prevention on vaccine policy; the Advisory Committee on Immunization Practices has signaled for months that it will recommend health care providers be at the front of the vaccination line…

The Advisory Committee on Immunization Practices is meeting in an emergency session Tuesday to vote on a recommendation that would enshrine its position on health care providers — and add residents of long-term care facilities to “Phase 1a” of the vaccination priority schedule. Though some members of the committee have expressed concerns about putting long-term care residents in the first group, none has voiced an objection to giving first access to health workers…

HHS Secretary Alex Azar and White House coronavirus task force coordinator Deborah Birx are pushing to have seniors precede health workers in the vaccine rollout schedule, because of the high death rate among older and elderly adults, according to the senior government official.

Vaccinating medical personnel and residents of LTC facilities seems like a wise compromise to me given the numbers. Per Stat, there are 21 million health-care workers in the U.S. and three million residents of long-term care facilities. Right now the feds estimate vaccinating 20 million people in December and another 25 million in January. That total of 45 million is less than the total population of senior citizens in the United States, which is on the order of 55 million. That is, you could reserve all existing supplies exclusively for seniors and still not get the entire group immunized before February — even if not a single doctor or nurse got the vaccine during that period.

ACIP’s plan seems smarter. Eliminate the risk to medical pros and nursing-home residents, then expand to the general population of people 65 and over. (Presumably the military will be need to be vaccinated quickly as well as a matter of basic readiness.) If we can get most seniors vaccinated by the end of February, we could have the rest of the country starting to roll before spring has even begun:

A potential snag, though: In our federalist country, where you end up in line for the vaccine may depend on which state you live in. ACIP’s recommendations won’t be binding on state governments, I believe. And the Trump administration reportedly doesn’t plan to lay down hard rules on who should be given priority. Whether you get the vaccine in December or March may depend on whether your governor is Andrew Cuomo or Ron DeSantis.

The Trump administration has told states that they have ultimate authority for determining who gets vaccinated first. It has also decided to allocate scarce early doses based on states’ total populations, forcing hard choices in states with a greater proportion of residents at high risk — including Black, Indigenous and Latino communities that have suffered disproportionate rates of hospitalization and death from Covid-19…

“I don’t expect the states to make uniform decisions,” he told POLITICO. “Some may prefer long-term care facilities or the elderly, while others may prioritize their health care workers. It would be wrong to immunize 18-year-olds first. I hope no one does that. But otherwise it’s shades of gray.”

The politics will get messy, especially for governors of states with diverse populations like Florida. If you’re DeSantis, what do you do? You have an enormous number of senior citizens among your constituents — but you also have a large Latino minority, and Latinos have been hit unusually hard by COVID. Who goes first? Latino seniors?

Here’s Scott Gottlieb making the case that, between the insane number of infections happening in the U.S. right now and the (hopefully) quick rollout of the vaccine, we may reach a degree of herd immunity much sooner than everyone hopes. The virus won’t stop spreading once half the country has either had the disease or gotten the vaccine but the days of huge and rising case counts will be over.

"We are probably going to have by the end of this year 30% of the U.S. infected…if you combine a lot of infection around the country with vaccinating 20% of the population you're getting to levels where this virus is not going to circulate as readily," says @ScottGottliebMD. pic.twitter.com/H0SV42BKZA