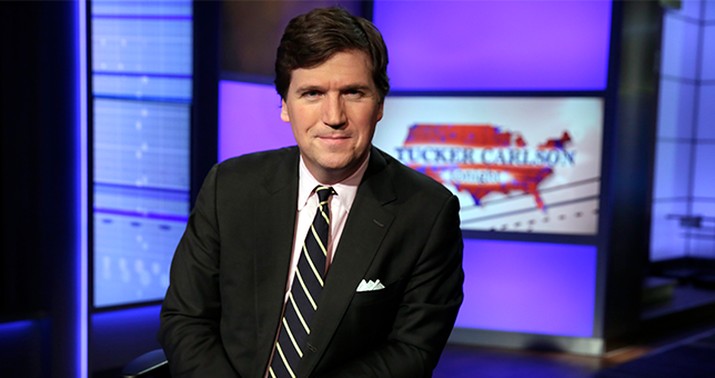 Ten days ago, Rush Limbaugh said of Fox, “You do not turn on your base… You don’t turn on the people who got you where you are because you would rather be friends with other people. You just don’t do it.”

Fox has done three things since Election Day to “turn on its base.” One: Calling Arizona for Biden on election night. Two: Calling the election for Biden several days later, after it was clear he had won Pennsylvania. Three: Tucker Carlson expressing extremely restrained skepticism of Sidney Powell’s bat-guano conspiracy theories involving Dominion voting software and Hugo Chavez. In all three cases, Fox was right. Their betrayal in each instance lay in acting against the president’s wishes. Their call of Arizona was premature but Biden did end up winning the state. Their call that Biden had won the presidency undermined Trump’s belief that the election isn’t over until Trump himself says it is. And Carlson’s skepticism of Powell gently questioned the credibility of one of the president’s lawyers — which Trump himself eventually ended up doing when he dismissed her for allegedly being too wacky even for him.

Fox went three for three, but in each case it committed the mortal sin of proving that it’s willing to defy Trump at a moment when he’s fighting for his political life. Being right doesn’t matter. Disloyalty matters. Which explains this:

Greg Kelly’s 7 p.m. show on Newsmax drew 1.1 million viewers last Thursday night, exponential growth from the 60,000 or so that Newsmax shows had drawn prior to The Great Betrayal by Fox. Here’s the sort of thoughtful analysis that awaits defectors from FNC:

Mr. Kelly, a former Fox News correspondent and a son of the former New York City police commissioner, Raymond W. Kelly, said in an interview that his belief in Mr. Trump’s chances is genuine. “I really believe he’s going to prevail,” he said. “It’s a sense I have. Can I articulate perfectly why I thought he was going to win? No. But I’ll say the media has been wrong about him so many times.”

Newsmax’s biggest new star has a “sense” that Trump will win because, well, just because. Give Kelly this: He knows what his new viewers are looking for, a “safe space” so safe from dissenting notes about Trump and the election that even Fox News is intolerable by comparison. What’ll be really funny is when even Newsmax is forced to try to reconcile its unquestioning support for Trump with its viewers’ voracious demand for conspiracy theories to explain how the president could have lost to a candidate as lackluster as Biden. It may be happening already:

Newsmax souring on Sindey Powell? Host Tom Basile characterizes Powell as having "got a little too far out in front of her skis," noting she went after a GOP gov in Georgia: "Unless you're prepared to show your cards at that point, you probably shouldn't say those things…"

The GOP wants to win the Georgia runoffs and Trump wants to help them do it — or should want to help them, as a big win would be a good note to go out on and would set him up for 2024 as a still-formidable retail politician. Powell’s nuttery about the “Kraken” is complicating that, but Newsmax viewers would probably rather hear about how Republicans were defrauded by a communist election-rigging plot than about why it’s important to elect two no-names like Kelly Loeffler and David Perdue. Your move, Newsmax.

Speaking of 2024 and complications, new data from Pew:

I doubt that Trump’s done himself any permanent damage with how he’s conducted himself since the election — so far. No one’s surprised that he couldn’t tolerate losing, everyone understood that he would scream about cheating no matter what the margins were. That’s who he is; if you voted for him on November 3, you did so with your eyes open. Right now we’re still in the “I don’t like how Trump behaves sometimes” phase for the softer segments of his supporters. If he were to make an all-out effort to get state legislatures to void their elections and award him their own electors, that’s when I think even soft Trumpers would shift to “This guy is more dangerous than I thought and can’t be given another term.” But I don’t think Trump will reach that point. Georgia has already certified, Michigan and Pennsylvania will certify today, and the campaign seems to be de-escalating by dismissing Powell. I think he’s going to pull back from the brink of rendering himself radioactive.

Then again, there are two months until Inauguration Day. Plenty of time for additional craziness.

By the way, in the same monologue that I quoted up top, Limbaugh also grumbled about Fox having so many liberals on, specifically mentioning Donna Brazile and “New York Times or Washington Post Democrat media people.” I haven’t seen this quantified anywhere so I’ll ask regular Fox viewers directly: Is there any hard evidence that the network has more liberals on in 2020 than it had in, say, 2010? They’ve always had Democratic panelists; a liberal co-hosted Sean Hannity’s nightly show for years. Their primetime line-up used to feature less dogmatic figures like Megyn Kelly and Greta Van Susteren. Now it’s two Trump nationalists sandwiching a guy who’s been described as Trump’s shadow chief of staff. The most overtly liberal host on the network, longtime anchor Shepard Smith, quit last year because he couldn’t bear the stifling pro-Trump orthodoxy anymore. The idea that Fox is featuring more lefties than it used to smells like pure myth to me, a self-serving assertion pushed by Trump to try to rile up his fans against the network when it has the gall to challenge him slightly. Where are the numbers proving that Democrats have increased their presence on FNC?

'All jokes ASIDE ...' Ted Cruz finally ends the fight Seth Rogen has been trying to pick with him for DAYS and it's brutal perfection