The secret to the GOP’s surprising Senate victories: Bad polling? 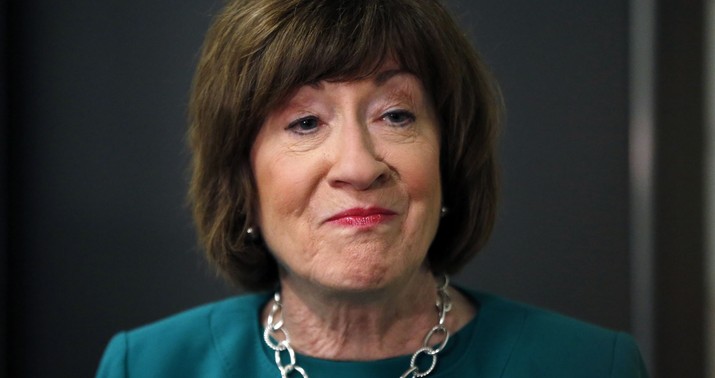 John and I were chatting along these same lines on Friday, after his three-part series on the terrible polling throughout the campaign. Which side was hurt by the data indicating a Biden landslide and which side was helped, we wondered?

There’s an obvious argument that it hurt the GOP. If Republicans were convinced that Trump and their party’s downballot candidates were dead men walking then they had less of an incentive to turn out. “Suppression polls,” Trump has called them, because of their potential to discourage supporters from believing that their party has a fighting chance and therefore that it’s worth casting a ballot.

I’m skeptical, though. Which party spent the past four years believing, rightly, that the polls had underestimated Trump once before and therefore couldn’t be trusted to gauge his support correctly this year? Which candidate once famously instructed his voters that “Any negative polls are fake news”? For lefties, polling is Science! For populist righties, polling is just an instrument of technocratic ideological bias dressed up as something rigorous.

Also, which candidate had super-enthusiastic supporters and which didn’t? Asked in polling this year whether they were voting more “for” him or “against” Biden, Trump fans consistently said “for” him. It was Biden who lagged in that category; at least until the final weeks of the race, his voters typically said they were voting “against” Trump rather than “for” him. Biden also had a base problem that Trump didn’t have. Progressives disliked him for his decades of squishy neoliberalism and they disliked him even more when he squashed their last best chance to nominate Bernie Sanders as president. He wouldn’t give them a straight answer on Court-packing and he distinguished himself from Bernie on socialism’s great dream, single-payer health care.

So, of the two groups, which was more likely to believe that Trump was down eight points nationally and Susan Collins was down six points and Thom Tillis was down four points, etc etc etc? And that being so, which group was more likely to conclude “I’m not going to bother voting this year”? Was it Trump fans, or was it lefties who never much liked Biden to begin with and would have logically looked for reasons to believe their votes weren’t necessary?

One man’s “suppression poll” is another man’s complacency poll.

Anyway. All of that is an introduction to this HuffPost scoop, which claims that distorted polling *did* have an effect on voter behavior. It wasn’t quite as clear as suppression/complacency, but it looks like the GOP did benefit. At least downballot:

A key point: Over the final month, GOP internal polling showed voters in red states started to believe Biden was likely to win the presidency. As they did, their willingness to vote for Democratic Senate candidates down-ballot plummeted. https://t.co/VilG2RfJ7t pic.twitter.com/TR1Pq90S2M

We’re left to wonder what would have happened if the polls had detected a late break towards Trump in the final weeks that tightened the race from eight points to, say, three points. If swing voters had gone into the booth believing that he really did have a solid shot at a second term, would they have been more willing to vote for Democrats like Sara Gideon and Cal Cunningham and Theresa Greenfield in the hope that a Senate Democratic majority would check him? Would more progressives have turned out in Maine and North Carolina and Iowa in the belief that Biden’s lead was crumbling and their votes really were urgently needed to stop Trump after all? Would Democrats have won a few tight House races instead of losing them, thereby averting the humiliating resignation today by the head of the DCCC?

NEWS: Cheri Bustos plans to step down from her job as DCCC chair and not seek a second term, per multiple sources.

It’d be high irony if Republican voters’ contempt for the polls caused those polls to produce artificially rosy numbers for Democrats, which then killed Dems’ chances of retaking the Senate. It’s just speculation, but it’s irresistible.

There are two theories right now for why the polls missed so badly in Democrats’ favor. One is familiar — the “shy Trump voter” theory, in which some Trumpers are simply too embarrassed to confess to a pollster that they’re voting for him. There are obvious logical problems with that one:

It ain't a shy Trump thing if Susan Collins is beating her polls by a ton… That is, the problem doesn't seem to be Trump specific…

Susan Collins is the ultimate respectable centrist Republican. A voter who’s sheepish to declare him- or herself a Trump supporter should have no trouble admitting to supporting Collins. So why did Collins also grossly overperform her polling on Election Day?

A systemic polling error affecting all (well, most) Republican candidates, including Collins, smells more like non-response bias, which I wrote about here. There may be a large enough cohort of righty voters who won’t talk to pollsters anymore due to suspicions of bias or whatever that it’s begun to meaningfully distort pollsters’ sense of what the electorate looks like. They can’t read people’s minds; they can only sample those willing to answer questions over the phone or on a computer. It may be that the group of people who are willing to talk to them skews sufficiently Democratic in 2020 that it no longer accurately represents the actual population. Some of the pros are leaning towards non-response bias as an explanation too:

One theory gaining new attention was that renewed efforts this year to draw in more rural voters and those without four-year college degrees—groups supportive of Mr. Trump—were helpful but insufficient.

Some have come to believe that a distrust of institutions is more pervasive than anticipated across many voter groups, and that it leads conservative voters, even those with college degrees and urban addresses, to avoid participating in polls in disproportionate numbers. If so, the problem likely can’t be corrected by adding more members of any one demographic group to a polling sample, they said.

The most interesting story on polling I read this week was this one from the Wall Street Journal, which speculated about artificial intelligence as the future of polling. If we can’t get an accurate picture of the electorate anymore because too many people won’t talk to pollsters, could we maybe get an accurate picture of it from people whom they *will* talk to — namely, each other, on social media?

Expert.ai, an Italian software company specializing in natural-language processing, applied its technology to millions of social posts around the candidates. Its AI system, trained partly on past elections, analyzed factors such as tone and emotion and projected how that might translate into votes.

Expert.ai’s system projected that Democratic presidential nominee Joe Biden would win 50.2% of the popular vote and Republican President Donald Trump would get 47.3% of the vote, a 2.9 percentage-point margin. As of Friday afternoon, Mr. Biden had 50.5% of the popular vote compared with Mr. Trump’s 47.8%, a 2.7 percentage-point margin. (Dow Jones & Co., which publishes The Wall Street Journal, is an Expert.ai customer.)

Exit question: In a world awash with algorithms and data on preferences of all stripes harvested at a granular level, how can polling be getting worse?