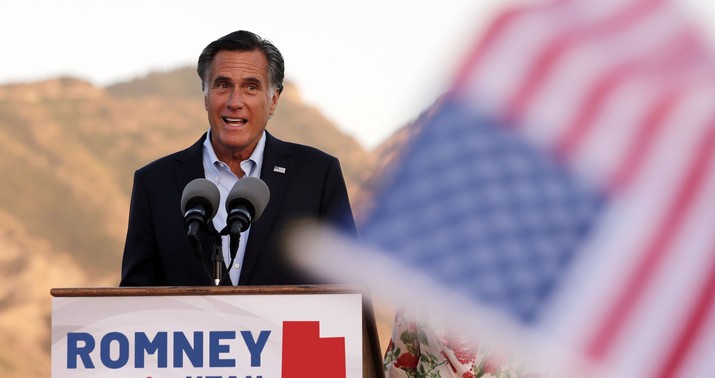 The preliminary guest list for the first Sunday shows after the election is an interesting — and revealing — one. As I write this on Saturday morning, no one from the Trump campaign is booked. Presumably that’ll change by the time the shows air, as one would assume the president wants at least one surrogate making the case on his behalf that voter fraud is rampant and the dream is still alive.

Who wants to be that surrogate, though? Which Trump ally, recognizing that his time in power is short, wants to torch their credibility pushing a narrative with nothing to substantiate it? Maybe RNC chief Ronna McDaniel will show up and do her partisan duty, but professional-class Republicans like her will be leery. The president might have to turn to someone whose career depends on their MAGA bona fides, like Matt Gaetz, to do it instead.

Assuming, that is, that the networks will even have Gaetz on, knowing he’s going to push strong-form denialism about the result.

Anyway. The star guest this morning is .. Ronna McDaniel’s uncle, Mitt Romney, who’ll affirm for the country on behalf of the non-MAGA part of the Republican Party that, yes, it appears Joe Biden has won, and no, there doesn’t seem to be any evidence of widespread, multistate fraud that would alter the result. He’ll chat with “Meet the Press” and “State of the Union” about the election and his own role as a potential swing vote in a Senate that’s now a bit more evenly divided between the parties. He, Susan Collins, and Lisa Murkowski could be power-brokers as a bloc with Democratic centrists like Joe Manchin and Kyrsten Sinema. (The filibuster is a major complicating factor, of course.) Is there any possibility of a “gang”-style bipartisan mini-caucus of independent-minded senators forming? He’ll discuss.

Manchin is booked this morning as well, on “Face the Nation.” He’ll be followed there by Pennsylvania Sen. Pat Toomey, who’ll reiterate what he said a few days ago about having seen nothing to make him doubt the fairness of the result in his state. Yet another centrist GOPer, Maryland Gov. Larry Hogan, will make the same point to “State of the Union” and likely call on Trump to concede. That’s three moderate Republican officeholders in all who are set to challenge Trump’s claims of fraud this morning on national TV. We’ll see if the White House produces anyone willing to counter their argument. The full line-up is at the AP.