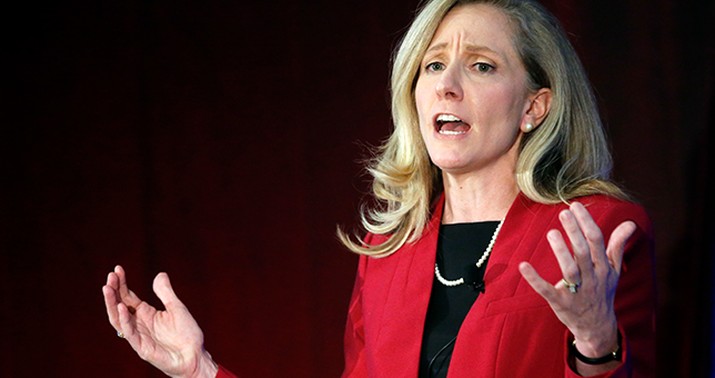 Consider this a sequel to the earlier post about Nancy Pelosi’s disappearing Democratic majority.

Everyone’s focused on the presidential race, understandably, but you really should carve out a few minutes today to enjoy the thought of centrist Democrats and progressives having a two-year-long knife fight over who blew the 2020 election. The arguments on both sides are achingly familiar to anyone who’s ever participated in a “center versus fringe” ideological war. To progressives, it’s the centrists’ lame watered-down essentially right-wing policies that have alienated voters. Dems need bold colors, not pale pastels on policy to attract voters, to borrow a term Ted Cruz liked to use. To centrists, it’s the fringe’s radicalism that’s to blame for scaring off swing voters. Progressives made a big push for socialism in the Democratic primary this year. How did they think Cuban-American voters would react to that?

How cool did they think nonideological persuadable voters would be with the idea of … abolishing the police?

Abigail Spanberger was one of the Democrats’ big success stories of the 2018 cycle. She knocked off tea-partier Dave Brat in Virginia’s Seventh District, which leans Republican by six points. That made her a rising star of the party’s centrist wing, one who would presumably be reelected easily this year once the “blue tsunami” swept across America. She was reelected, but not easily — she won her House race by 1.2 points, a slightly smaller margin than she enjoyed in her race against Brat.

She’s not happy. The “Dems in disarray” news cycle has officially arrived:

If we run this race again we will get fucking torn apart again in 2022, Spanberger says

We have a mandate! Pelosi says before getting off the call

Members are definitely speaking up about the “defund the police” attacks and those resonating in their districts, per sources

Some Dems on today’s call resented having the party’s dirty laundry aired on what was supposed to be a private call and have already started whining about leaks:

Some of my colleagues are literally live-leaking our internal Dem Caucus call right now to CNN, The Hill, NBC, Politico, etc. I've gotten texts from 3 different reporters asking me to live-leak juicy details to them. No. We (Dems and the media) need to stop this nonsense.

It’s still going as I write this. Apparently they’re whining about Schumer now:

It just keeps going as Pascrell now calling out Schumer.
Pelosi’s done an amazing job … but where’s Schumer in all of this? Says Pelosi has one hand tied behind her back

What a sh*tshow they’re going to be in the run-up to 2022. I wonder if, ironically, voters didn’t do them a favor by handing the Senate back to McConnell. As heated as the fight will be between centrists and lefties for control, it would have been vastly nastier if Biden and Schumer had had to decide whether to trend centrist or leftist on policy. With Cocaine Mitch in charge of the Senate, that’s no longer a problem. Biden gets to govern from the center and if progressives don’t like it he can just say, “Complain to McConnell.”

But that’s still months away. For now, first enjoy centrist former Sen. Claire McCaskill urging her party to stop being so nutty on cultural issues, which has left space for Trump to appeal to swing voters…

Claire McCaskill: "Whether you are talking guns or…abortion…or gay marriage and rights for 'transexuals' and other people who we as a party 'look after' and make sure they are treated fairly. As we circled the issues we left voters behind and Republicans dove in." pic.twitter.com/bMh9JALAxg

…and then also enjoy hard leftist AOC taking her out to the woodshed for worrying about illegal immigration:

Why do we listen to people who lost elections as if they are experts in winning elections?

McCaskill tried her approach. She ran as a caravan-hysteria Dem& lost while grassroots organizers won progressive measures in MO. Her language here shows how she took her base for granted. https://t.co/ZnTXI59MW9

Didn’t Bernie Sanders also lose a couple of elections, one to the widely despised Hillary Clinton, the other to canned ham Joe Biden? Should we listen to Bernie on how to win elections? AOC would say yes, I suspect.

As far as I know the conference call is still going as of 4 p.m. ET so stand by for updates in case Spanberger comes back on the line to call Ilhan Omar a scumbag or whatever.

Are you on Parler? MSNBC thinks you're fine with hate speech and racism, then