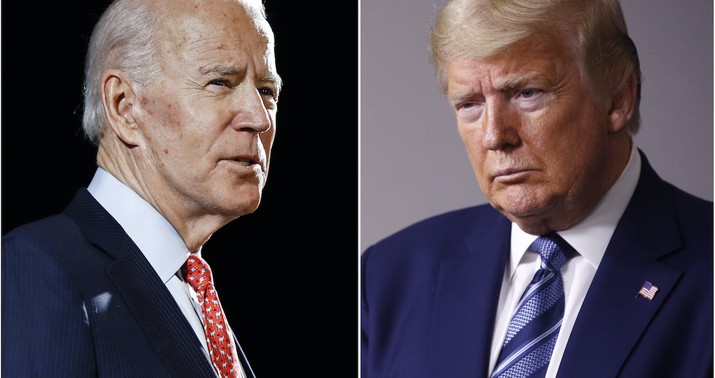 Tonight’s the big one. The last battle. The one that decides the presidency.

Well … probably not. Everyone gets hyped for debates but the truth is that they rarely matter. The first debate between Trump and Biden was an exception, as the polls began moving towards Sleepy Joe in the aftermath and still haven’t fully returned to the pre-debate status quo. That’s how annoyed swing voters were by the president’s constant interruptions.

He’ll try to make a better impression tonight, although it’s a worrisome sign that he reportedly thought he’d crushed it in the hours following his first clash with Biden.

On the flight home from the debate, he described it as superb to family and staff, who said little to dissuade him. But by the next day, Jared Kushner, Mr. Trump’s senior adviser and son-in-law, was imploring friendly media personalities and other allies to level with his father-in-law about the angry and aggressive debate style he had displayed, according to people familiar with the calls. Polls would soon show the performance had cost the president support…

Some advisers have urged him to rethink his debate-preparation strategy, but, as of Wednesday afternoon, Mr. Trump hadn’t attended any prep sessions for Thursday’s debate, formally or informally, people familiar with the matter said.

Nothing would be funnier or truer to the spirit of Trumpism than for him to double down on the interruption strategy this evening. He won’t be able to fully replicate the experience — each candidate’s mic will be muted for two minutes after his opponent begins answering a question — but we might be able to faintly hear him heckling Biden through Biden’s mic when the Democrat starts speaking.

In fact, lefty Paul Begala thinks the debate commission should unmute the mics and let Trump go off.

By muting Trump’s interruptions, the commission will show the American people a sanitized, false picture of this President. As we saw in the first debate last month, he is rude, raging and red-faced. An honest debate should reveal that. His 128 interruptions revealed the true Trump. Muting him only protects him from the consequences of his out of control behavior…

Trump’s outbursts [tonight] will be heard by Biden and Welker, however. Thus, Trump will have the power to potentially throw Biden — or Welker — off their game, without viewers realizing why. This, it seems to me, is the best of all worlds for Trump: He can work to discombobulate Biden or Welker without viewers blaming him.

Let Trump rant. If he’s going down on November 3, he should go down being himself.

The event starts at 9 p.m. ET and will be carried on broadcast networks and cable news. I’ve embedded the CSPAN feed below in case you’re watching on a computer. The president’s task tonight is straightforward in theory: Talk up America’s economic growth during most of his presidency and his “no new wars” track record on foreign policy and try to pin Biden down on court-packing, which voters dislike. In practice, he’s probably going to go all-in on Hunter Biden’s laptop, a scandal that will seem hard to follow and redolent of a last-second dirty trick for viewers who don’t consume lots of conservative media. Expect Biden to focus on the surge in COVID cases that’s happening nationally, Trump’s secret Chinese bank account, and his general “Hopenchange 2.0” message. Below the CSPAN embed you’ll find live reaction, automatically updated, from editors across Townhall Media’s five sites (Hot Air, Townhall, Red State, PJM, and Twitchy). Comments are open.