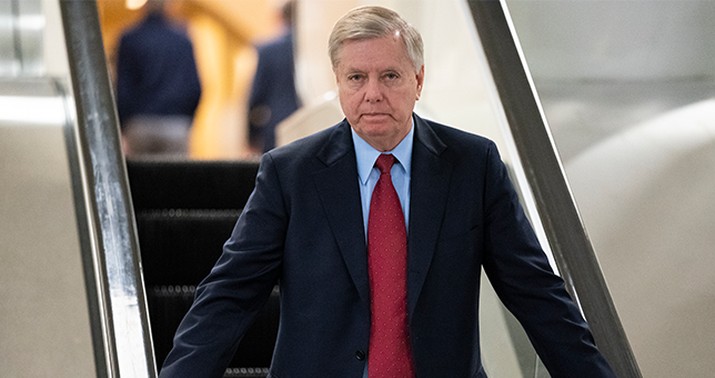 There’s good reason to think this is just a one-off outlier compiled by Quinnipiac, with the next data from South Carolina destined to show Trump leading more comfortably there. In the last poll published before this one, from CBS/YouGov, he led Biden by 10. In the last poll before that, which was also published by Quinnipiac, he led by six. And while it’s not great that he went from six points up to one point up in surveys conducted by the same pollster just two weeks apart, Quinnipiac notes that that shift isn’t statistically significant. It could be — and probably is — that Trump’s still en route to winning the state somewhat easily.

But there are also reasons to doubt. Whether he’s up one point or six points, his current lead represents a dramatic shift towards the Democrat this year. In 2016 Trump won South Carolina by 14. If he’s ahead by six now, that would jibe with a general shift of seven or eight points towards Biden across the map, which we’re also seeing in swing states like Ohio and Iowa. Meanwhile, the fact that Lindsey Graham is tied with Democrat Jaime Harrison at 48 apiece here suggests that it’s *not* an outlier. The two were also tied in the last two Quinnipiac polls of SC and Graham led by a single point in the CBS/YouGov poll of the state. There’s every reason to believe that race is tight. If today’s Trump vs. Biden result is the product of a screwy sample, why isn’t that sample also producing a screwy result in the Graham vs. Harrison match-up?

When asked which party they want to control the Senate, South Carolinians say the GOP, 49/44. That’s the strongest evidence in the poll that Graham will end up holding this seat. But he’s not well liked relative to Harrison, and independents favor the Democrat by 15 points (54/39). That’s what’s keeping Harrison neck-and-neck.

Harrison receives higher scores than Graham when it comes to honesty, empathy, and likely voters’ overall opinions about the candidates.

Biden also enjoys a strong advantage against Trump among independents (52/39) and he’s winning five percent of the Republican vote in SC versus Trump winning basically zippo among Dems there. Interestingly, the Quinnipiac poll of South Carolina taken two weeks ago had Trump and Biden tied among indies at 48 each. Has there been a shift towards Biden over the last two weeks?

With the important exception of the Monmouth national poll, the last five days of polls have been really brutal for Trump. The ABC/NYT polls in PA are potentially devastating. These Q/Civiqs polls in GA/SC are wild. Even Trafalgar has Biden ahead in PA/MI/WI.

I do think the possibility that the SCOTUS fight could hurt Trump has been overlooked, FWIW. The electorate has a well established instinct toward balance, whether it's thermostatic policy views or toward divided government in midterms. I can imagine it playing out w SCOTUS rn

If the SCOTUS fight is hurting Trump in South Carolina, it’s hard to see how from today’s data. Voters there say he’d do a better job handling Supreme Court nominations than Biden would, 50/47. And although South Carolinians do think the winner of the election should fill Ginsburg’s seat rather than have Trump fill it, it’s an extremely narrow split (49/47). As for the NYT scoop about Trump’s tax returns, that was published on September 27, the same day that Quinnipiac’s SC poll ended. It couldn’t have had much effect on the numbers, if any.

Trump’s refusal last week to commit to a peaceful transfer of power is a real wild card, though. Is it possible that some meaningful share of independents who were leaning his way heard that and thought, “Never mind”? Yeah, that’s possible.

Cohn’s also right that the past few days of polling across the country have been ugly. Nate Silver summed it up this way:

That’s what you’d expect to see in a Biden landslide scenario, not in a scenario where the race is tightening. You’d also expect to see Biden ahead in a purplish state like Georgia — which is exactly what Quinnipiac found yesterday, putting him up 50/47 there over Trump. And the Trafalgar data Cohn mentions is also ominous when you remember that it’s one of the most Trump-friendly pollsters in America. If even Trafalgar’s finding him behind in Wisconsin (by three) and Pennsylvania (by two), it’s a very safe bet that he’s behind there. And maybe not narrowly.

What Cohn and Silver are really telling us in these tweets is that they’re starting to contemplate a “dam break” possibility for Biden in which swing states begin to shift systematically into his column. God only knows how the debate last night may have affected that, but the numbers lately are at least inching in that direction. If South Carolina is competitive, it’s a cinch that many purple states won’t be. That’s why Quinnipiac’s poll today is a “doom poll.” It’s either wrong, or things in SC need to change ASAP, or uh oh.

Wargaming the Electoral College: Can BIDEN Thread the Needle to 270? (Yes, Biden)