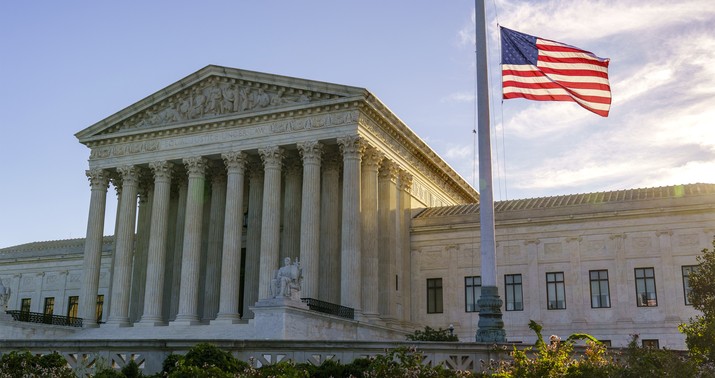 In a normal year the Sunday shows would be chest-deep in election politics this morning. In 2020 they’re forced to juggle the election, a global pandemic, economic stimulus from Congress to relieve massive unemployment, the president of the United States refusing to commit to a peaceful transfer of power, and — oh, right — Ruth Bader Ginsburg being replaced by a justice who might well be the fifth vote to overturn Roe v. Wade and ObamaCare.

Lot on the plate today.

Amy Coney Barrett’s SCOTUS nomination is the lead topic, of course, with an array of senators lined up to preview the coming confirmation battle. (Which won’t be much of a battle. The result is a fait accompli.) For the GOP it’ll be Mike Lee on “This Week,” Tom Cotton on “State of the Union,” and John Kennedy on “Fox News Sunday.” No Lindsey Graham, oddly enough, even though he’s the chairman of the Judiciary Committee and needs earned media to compete in his South Carolina Senate race. For Democrats it’ll be Cory Booker on “Meet the Press,” Dick Durbin on “This Week,” Biden pal Chris Coons on “Face the Nation,” and Joe Manchin on “State of the Union.” Manchin’s the most noteworthy guest, as he’s perpetually caught in the middle in SCOTUS battles due to his unusual role as a Democrat representing a very red state. Party loyalty will require him to vote against Barrett, I suspect, knowing that her confirmation is assured anyway. But electoral reality will also force him to reiterate that he won’t support Court-packing or ending the filibuster next year if Dems end up with a Senate majority.

Each senator will also be quizzed about Trump’s attempts to undermine confidence in the election, starting with his ambivalence about transferring power. Expect GOPers to reassure the hosts they should take him neither seriously nor literally (“Trump says a lot of stuff”) even though they’ll all dutifully go along with whatever he ends up doing in November.

Nancy Pelosi is on today too, stopping by “State of the Union” to continue her PR effort on behalf of the Democrats’ stimulus plan and to comment on matters various and sundry. And look out for Mark Meadows, as he’s in the thick of two important developments this week. One is Trump’s new plan to send $200 gift cards to seniors before the election to help pay for prescription drugs; Meadows reportedly spearheaded that effort despite his previous history as a devout fiscal hawk. He’s also at the heart of the White House’s push to stop the FDA from slowing down the vaccine approval process to make sure that whatever ends up being approved really is rock-solid in safety and efficacy. He’ll be on “Face the Nation” to explain why Trump’s electoral interests are apparently more important than making sure the vaccine works. The full line-up is at the AP.