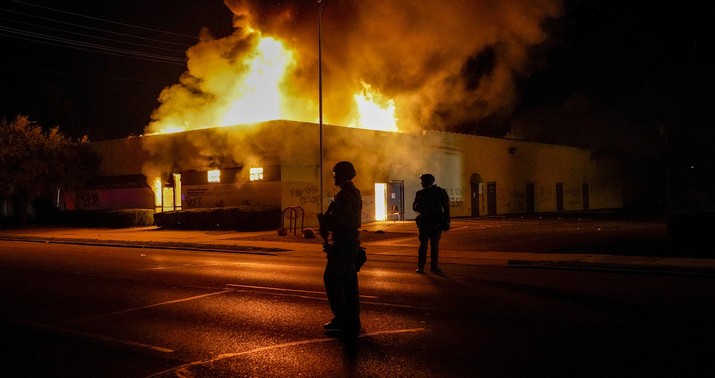 What was it Al Sharpton said last week about “latte liberals” wanting to defund the police while people who live in poorer, higher-crime neighborhoods feel differently?

Monmouth has the data that suggests he’s right.

This is one of my favorite polls of the year thus far because of how it shows, in question after question, that white liberals are in some ways the most stridently woke segment of the population. You already knew that if you spend a lot of time on social media but it’s fun to see it borne out in actual numbers. E.g.:

Go figure that progressives who live in well-heeled suburbs, with a spectacular array of charming coffee shops from which to purchase their daily coffee-and-milk concoction, are blissfully less concerned with law and order than non-whites are.

But the racial divide among non-Republicans doesn’t stop there. Check this out:

Asked if integration is likely to lead to more suburban crime, Republicans and black non-Republicans are quite similar in their views — 51/43 in the former group and 47/47 in the latter. Among white non-Republicans, though, the numbers dip to 28/71. Blacks are considerably more open to Trump’s arguments about a suburban nightmare if Joe Biden is elected than white Democrats and independents are.

With so much cross-racial support for Trump’s message on law and order and suburban crime, one might expect to see some enthusiasm for him in the numbers. But one would be wrong:

Those are gruesome numbers for him, especially among his base of Republicans and whites without a college degree. He should be killing it with those groups given how predisposed they are to agree with him. As it is, he can’t get even half of GOPers to say he’s done a good job on an issue that should be playing to his advantage and among independents fewer than one-quarter say he’s done a good job. Relatedly, asked whether they’re confident that Trump and Biden, respectively, can maintain law and order if elected president, 50 percent of independents say they’re at least somewhat confident that Biden can. Just 43 percent say the same of Trump.

The results here jibe with the results from Wisconsin and Minnesota in the latest Times poll, which I wrote about over the weekend. Trump’s seen some improvement in that state thanks in part to the fact that voters there are skeptical of Biden’s commitment to fighting crime. Fifty-three percent say Sleepy Joe hasn’t done enough to condemn rioting and a plurality believe that he wants to defund the police. But he leads Trump in both states and even leads very narrowly when voters are asked who’d do better at maintaining law and order and handling violent crime. Why? Because people think Biden would be considerably better at trying to reconcile opposing factions to each other instead of further inflaming situations that are already tense like Trump does. In Wisconsin, 52 percent believe the president of the United States has encouraged violence. You can’t get reelected by playing up threats when you’re known as the candidate who makes everything worse.

I’ll leave you with this related result from a recent Fox News poll. Biden is vulnerable on “law and order,” and he’s certainly vulnerable on mental fitness. But it may be that the GOP’s candidate just isn’t the right person to press those particular arguments against him. Trump was seen as the lesser of two evils in 2016. Not this time, at least so far.

After months of the Trump campaign saying that Biden is mentally unfit and needs performance enhancing drugs just to get through a speech, Americans still say Biden is more mentally sound to serve effectively as president than Trump. pic.twitter.com/sTdCp1MfIR