EA Sports: You can now sign Colin Kaepernick as a free agent in Madden 21 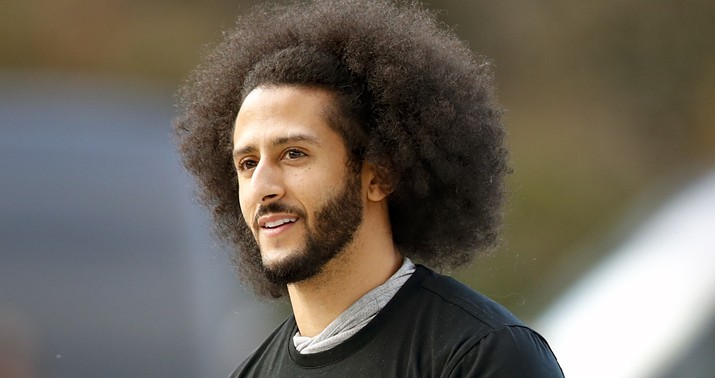 Does this mean Blaine Gabbert is an 82?

Given all of the attention paid to him as an activist, I think it’d be weird to have him as a pure player at this point with no woke distractions. At a minimum, EA should have him wear his police-as-pigs socks while on the field. Maybe there’ll be a cheat code in which you can get him to kneel.

What do they mean when they say you can put him “at the helm” of any team? Just that you can make him the QB for any squad you want, or is there some sort of “Kaepenick as GM” mode where he assembles the wokest team the league has ever seen?

Madden is supposed to be a realistic football simulation but, uh…

In the aftermath of George Floyd’s murder, a sense emerged that Colin Kaepernick was right all along, and that the process of moving forward would necessarily entail putting Kaepernick back in the NFL. The momentum was palpable, at least for a little while.

Supposedly two teams in the AFC took a look at him a few months ago before passing. As each new season comes and goes and he gets older and rustier, it gets that much easier for franchises to say “It’s too late now.” We’ll have to make do with Madden 21 highlights on YouTube. Lefties will upload virtual Kaep’s most electrifying runs and passes, righties will upload the most electrifying examples of him being savagely gang-tackled.

I’m trying to take EA’s interest in him at face value but it’s hard not to notice that this announcement is being made at a moment of very, very bad press for the game:

A user rating of 0.2 on Metacritic feels almost like an achievement. Spend a few minutes scrolling through the user reviews, as they’re relentlessly vicious even by the standards of daily Internet commentary. If EA’s looking for a political stunt to rekindle interest in its football franchise, they might as well add Trump as a free agent QB too.

Exit question: Is this real?

When you score a touchdown with Colin Kaepernick in #Madden21 and choose "signature" celebration, Kap holds up the Black Power fist. pic.twitter.com/rclVIFjXze